The long awaited DVD release of ‘Man In The Camo Jacket‘ has finally arrived and is available to order now (shipping from December 14th in time for Christmas).

The DVD is being produced and released by Kaleidoscope Pictures (USA), and in this first instance, is an exclusive DVD release for Mike Peters / Alarm fans only.

Distributed exclusively at the alarm.com store, the DVD features the full length movie and over 75 minutes of previously unseen footage and special features.

There will be a special screening of ‘Man In The Camo Jacket’, in the House Of Commons, during the Love Hope Strength Foundation day of action in Parliament, when the charity will host its third blood stem cell donor drive.

NB: The DVD is produced in a region free / NTSC format so playable anywhere in the world.

Man in the Camo Jacket is a feature-length documentary film that has won many awards on the US film festival circuit including The Humanitarian Award at the American Documentary Film Festival in Palm Springs and Best Music Film at the Newport Beach Film Festival in California, along with exciting reviews in both the Los Angeles Times and Billboard Magazine.

Man in the Camo Jacket, which is being unveiled in the UK for the first time in DVD format, tells the story of iconic Welsh rock musician Mike Peters, his rise to fame, battle with cancer, and inspiring climb back as he enlists some of the world’s top musicians to help save the lives of cancer patients around the globe.

Full details of the Man In The Camo Jacket DVD are available at the www.maninthecamojacket.com website but the alarm.com can exclusively reveal that (along with the full length movie), the DVD itself features over 75 minutes of previously unseen footage and special features. 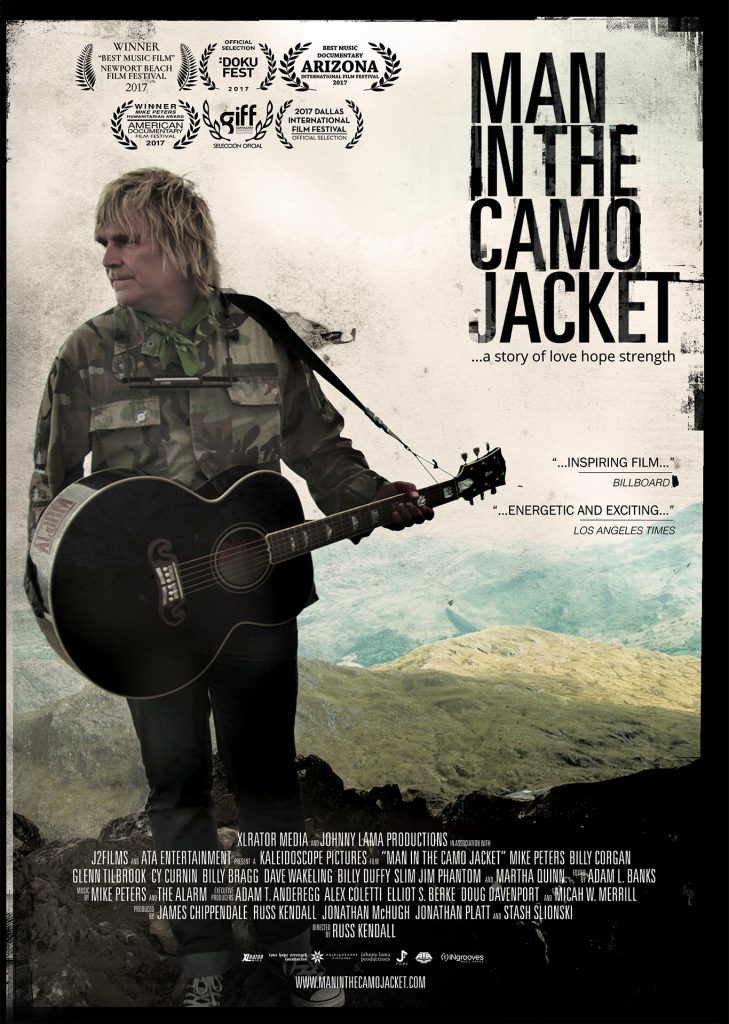