Mike and Jules : While We Still Have Time – Tramshed Cinema, Cardiff – THURSDAY May 18th

You are invited to a special private screening of the documentary and Q&A hosted by David Owens from Wales Online on Thursday May 18th at Tramshed Cinema, Cardiff.

To attend, please RSVP to Leanne at alarmcalling@mac.com, specifying which showing you would like to attend.

There is no charge for attending this event, but places are limited (Two per person), so please RSVP to Leanne as soon as you can to avoid disappointment. You will receive an email to confirm if you have qualified for tickets.
This is your chance to see it in advance of the transmission date.
Tickets available on a first come first served basis. 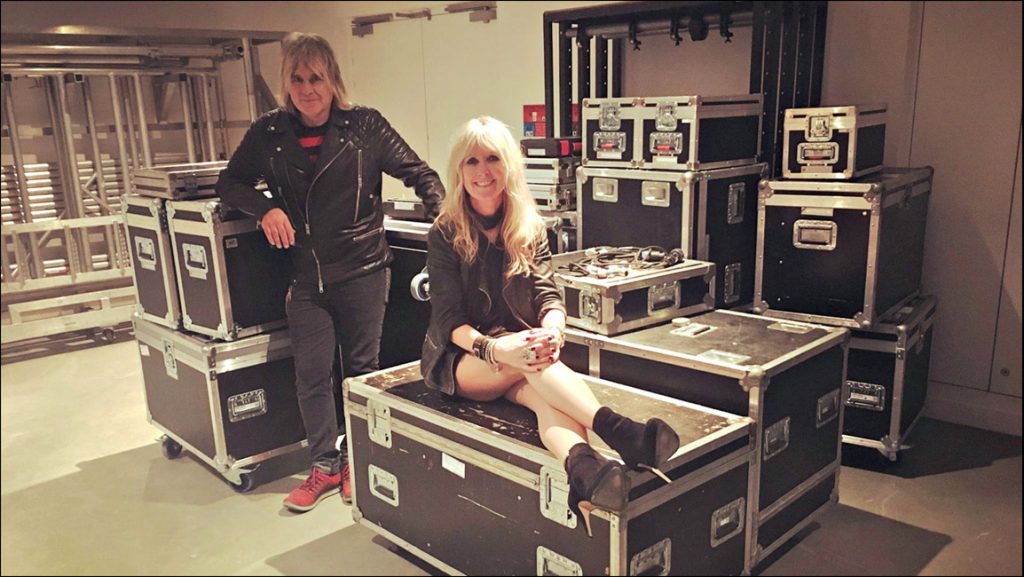 In the summer of 2015, after 20 years of living with cancer, Mike Peters of the Welsh rock band The Alarm relapsed for the third time. The chemotherapy was no longer keeping Mike’s leukaemia under control and his doctors at Ysbyty Gwynedd Hospitak were running out of options. But Mike’s doctor fought to get him prescribed an experimental and revolutionary oral chemotherapy drug.

‘Mike & Jules – While we still have time’ follows Mike, and his wife Jules and two young sons, Dylan and Evan, as he takes stock of a music career spanning 30 years, and reaffirms what The Alarm’s music means to himself and the fans. “This could be my last chance to do these things,” he says.

During one of the busiest years of their lives, the programme follows Mike and Jules as they work through a calendar including US tours, Glastonbury, a bone marrow donor drive at the Capitol Building in Washington DC, the annual Snowdon Rocks event, and Wales’ Euro 2016 homecoming – culminating with ‘The Gathering’ weekend in Llandudno for legions of loyal Alarm fans.

But there’s a devastating bombshell when Jules finds a lump in her breast and is diagnosed with breast cancer.

Including contributions from U2’s Bono and family friend and former director of BBC TV, Danny Cohen, the programme documents a rock’n’roll love story made in Wales, and a real-life family drama during one of the toughest, but most rewarding, years of their lives.