Win the Blackstar Amplifier used by Mike Peters on the Spirit Of ’86 Tour.

Blackstar Amplification and Mike Peters of The Alarm have come together and are offering fans the chance to own the very same Blackstar HT Club 40 (Limited Edition Red) Amplifier, that Mike Peters has been using throughout the entire ‘Spirit Of ’86 in 2016’ tour of North America.

Mike Peters first started using the Blackstar HT Club 40 earlier in the year and (as fans who have seen the tour can testify), the amps have played a major part in defining the sound Mike Peters has aspired to ever since that first experiment with electric pickups in acoustic guitars that The Alarm began back in 1981.

Listen to what Mike Peters has to say about his relationship with Blackstar in the following video clips.

The Mike Peters presents The Alarm ‘Spirit Of ’86 in 2016’ Tour has been a resounding success and now, as the tour comes to a close, Blackstar Amplification have kindly donated the actual HT Club 40 (RED) as used by Mike Peters on all dates, to benefit the cause of Love Hope Strength Foundation and its mission of saving lives – one concert at a time.

By placing a bid to own this amplifier (which has been signed by Mike Peters during a visit to Blackstar HQ in Long Island, NY), you will not only make yourself sound good but you will be helping to save lives through the mission of Love Hope Strength.

The Blackstar HT Club 40 Red Limited Edition is already extremely difficult to find as the entire stock sold out. The amplifier itself has an approx. retail value of $499.

The bidding window will stay open until January 31st 2017 and the winner will be announced at The Alarm’s 25th Anniversary Gathering event held in LLandudno, North Wales on February 3rd 2017.

Follow this link to place a bid and get yourself a real piece of Mike Peters, Blackstar and The Alarm History. 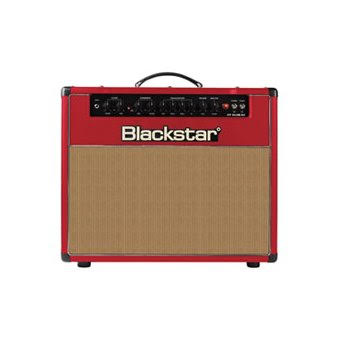