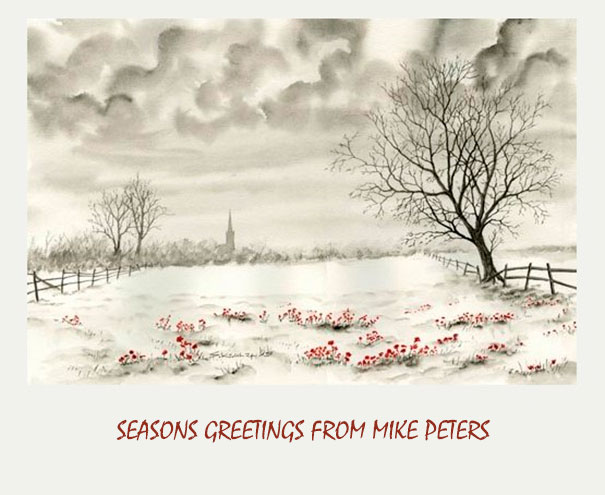 The holiday season is upon us and from where I am writing, I can hear the usual round of seasonal songs gently humming through the hospital ward and bringing on the sense of reflection that I always feel at this time of year.

Despite everything, I can honestly say that 2016 has been an amazing year, filled with great memories and time spent with people who mean a great deal to me and my family.

The year began with The Gathering in Llandudno and what an event it was.

Performing to a house full of people at one with the music that has shaped the life I have lived is always a humbling experience, and the awe of hearing your own words sang back to you by thousands is an effect that has never dimmed, ever since I was first fortunate to hear such a sound. 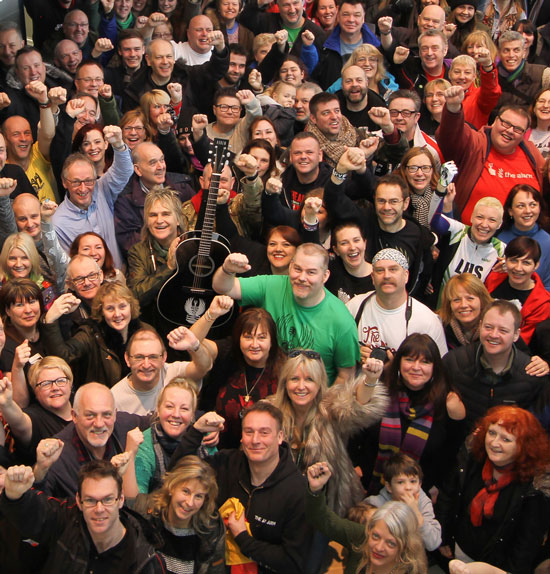 I’ve always loved being a member of a band, and having the opportunity to hit the road with Smiley, James, Craig and Mark (along with our trusty crew members Andy Labrow and Mark Warden), for the whole month of March (as part of the Black & White UK tour with The Stranglers ), was a reminder of how lucky I am to have great friends and musicians to hang out with.

We are a very sociable bunch off the stage as well as on, and hopefully this came across as we shared some great evenings with huge audiences at Glasgow Academy, Manchester Apollo and an auspicious return to Brixton Academy amongst others.

We also got to tread the boards at Glastonbury and as soon as I heard the stage introduction and heard the roar of the crowd, I knew it was game on and something special was going to happen (And no …. we didn’t go onstage in our wellies….). 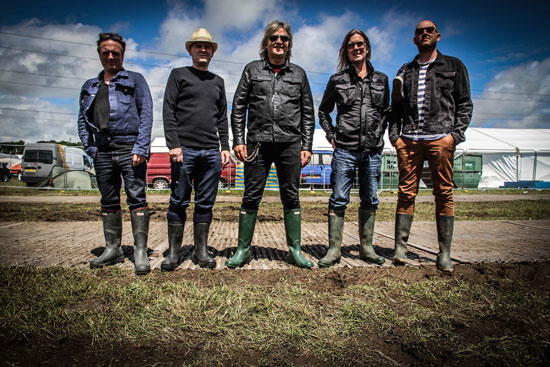 The Glastonbury set seemed to have triggered a new wave of interest in all things ‘Alarm’ and we soon found ourselves on stage at ‘Carfest’ playing to over 30,000 people and one Chris Evans of BBC Radio who confessed his love for The Alarm to me backstage in his personal backstage trailer. 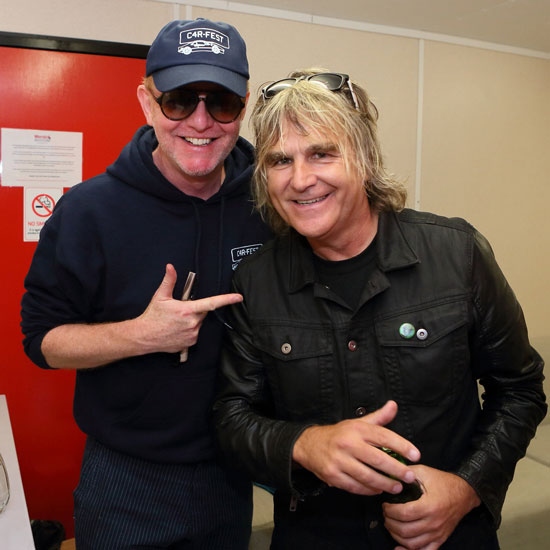 In the midst of the festival appearances I played at UCLA and celebrated one of the great days of my own personal 1980’s and the ‘Spirit Of ’86’ concert. 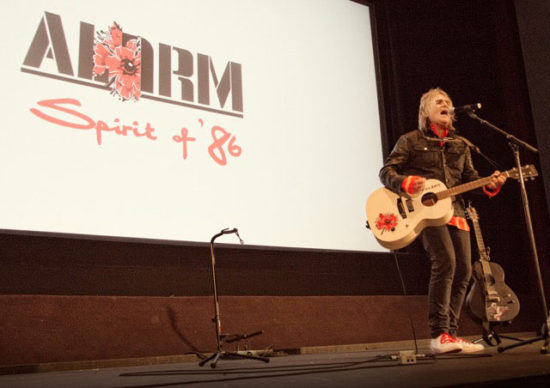 I took the vibe around the UK, Europe and North America with all my new found one man band music skills and as I tapped-danced the beats out of my loop stations and kick drums, I had some incredibly enjoyable evenings, rocking with fans from all walks of life, some of whom were there to relive an unforgettable time of life, while others were experiencing the time of their life for the first time. 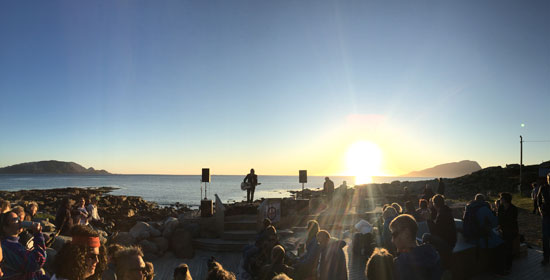 To be told by many how relevant some of my older lyrical musings mean still…  is gratifying to know and inspirational as I look to the future. 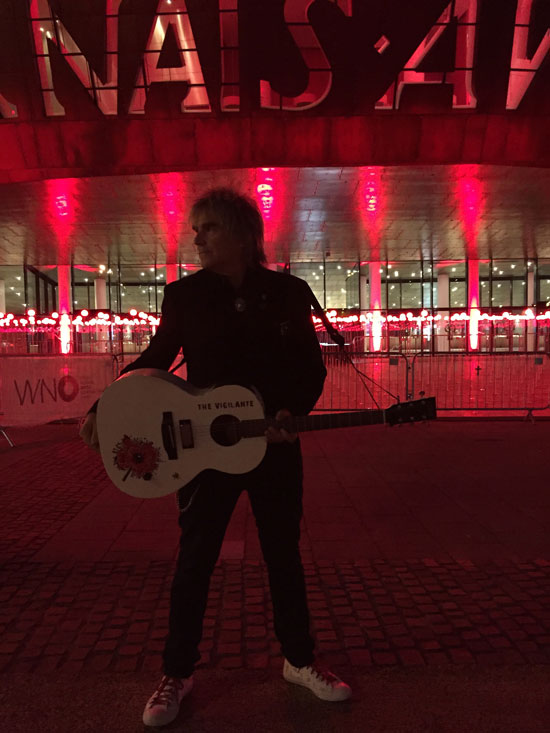 I was lucky enough to be able to perform some of my newer musical outpourings during some of the shows I played in the UK and I am always grateful that I am afforded this opportunity, especially with the weight of so much history following me around where and whenever I play and like everyone else, as much as I love to look back…… I also love to face forward…. 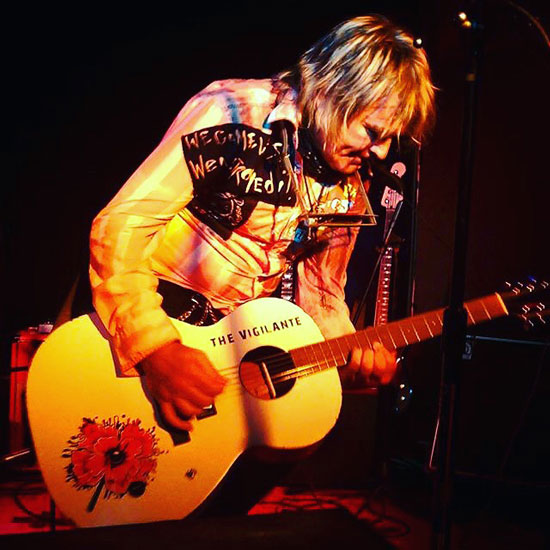 I have written masses of new material during the recent months some of which has been aired in performance, and some in the privacy of a soundcheck or recording studio. I am as excited as ever about what I have to offer in 2017 so watch this space.……

Obviously, there has been some dark shadows cast over my life following the Snowdon Rocks summer solstice and the amazing Love Hope Strength summit concert with over 600 trekkers in attendance (plus some who had come to the mountain top aboard the Strength and Rainbow trains). 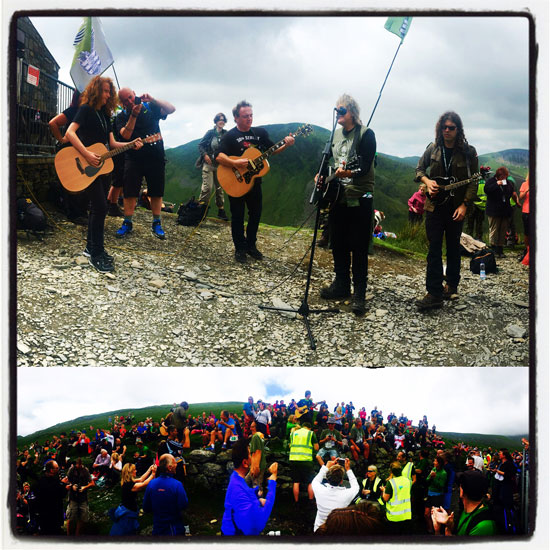 Just as we climbed down from the mountain and the promise of the second half of 2016 got underway, my wife and life partner Jules was diagnosed with Breast Cancer, and I was forced to move all my post summer live events into 2017. 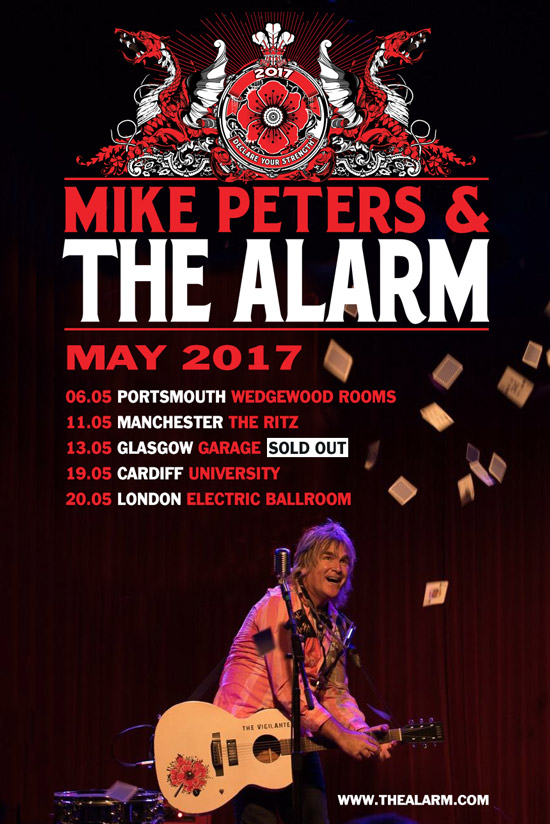 I thought I knew my wife was strong but I have been absolutely shocked at just how forceful she has been in ensuring her own womanhood and recovery are ensured by throwing herself into a fitness regime that even I struggle to keep up with. Five mile walks every day is the norm – and even after treatment!!! 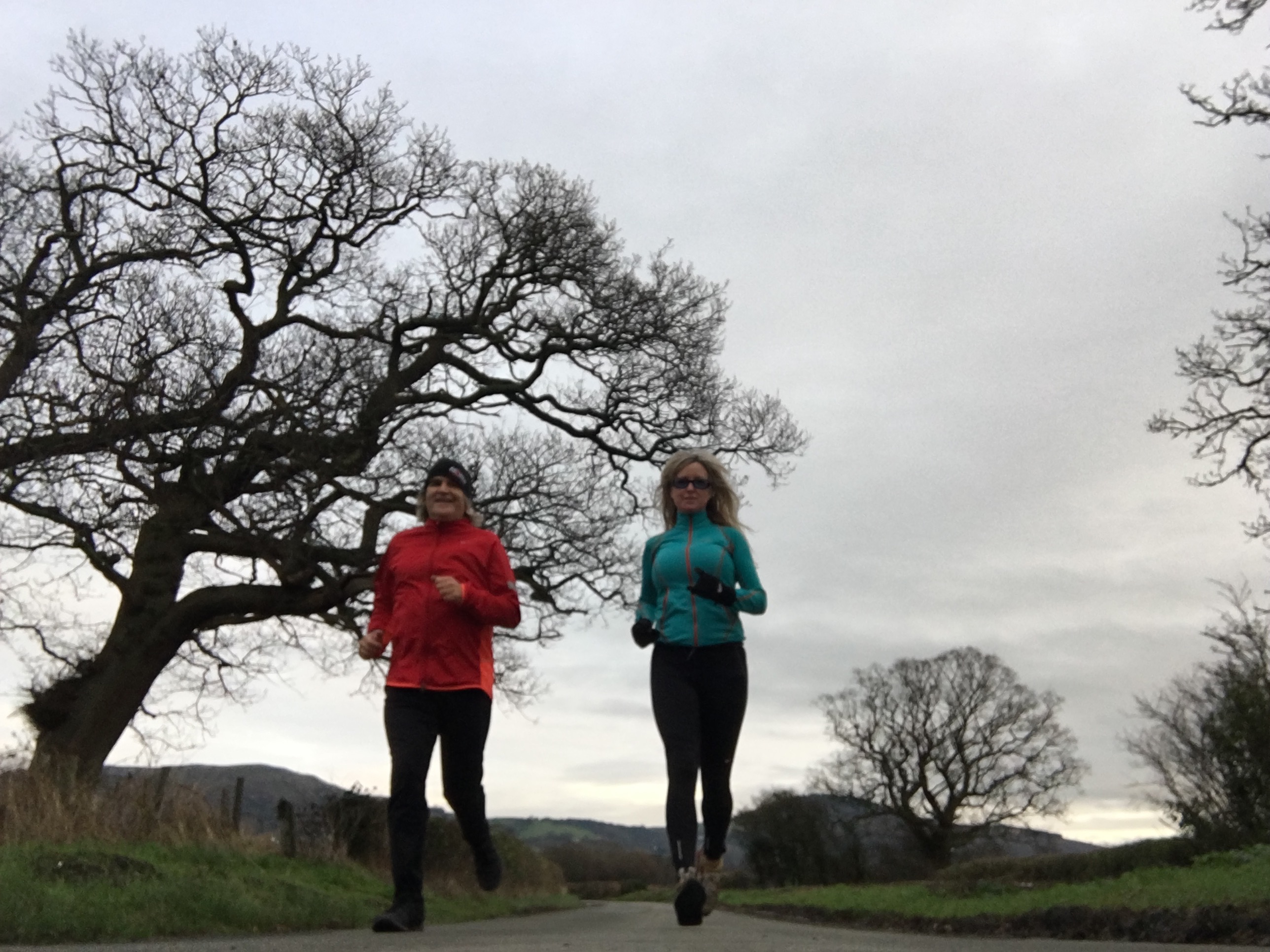 In fact, Jules is sat across the ward from me hooked up to the drip and receiving the first of 9 weekly second stage Taxol treatments for Breast Cancer. She has already survived the ordeal of three sessions of FEC and is also sporting the Paxman Cold Cap which keeps the chemo out of the brain and helps reduce the hairloss associated with cancer treatment but I know I’ll be putting my trainers on as soon as we get back from the hospital later this afternoon. 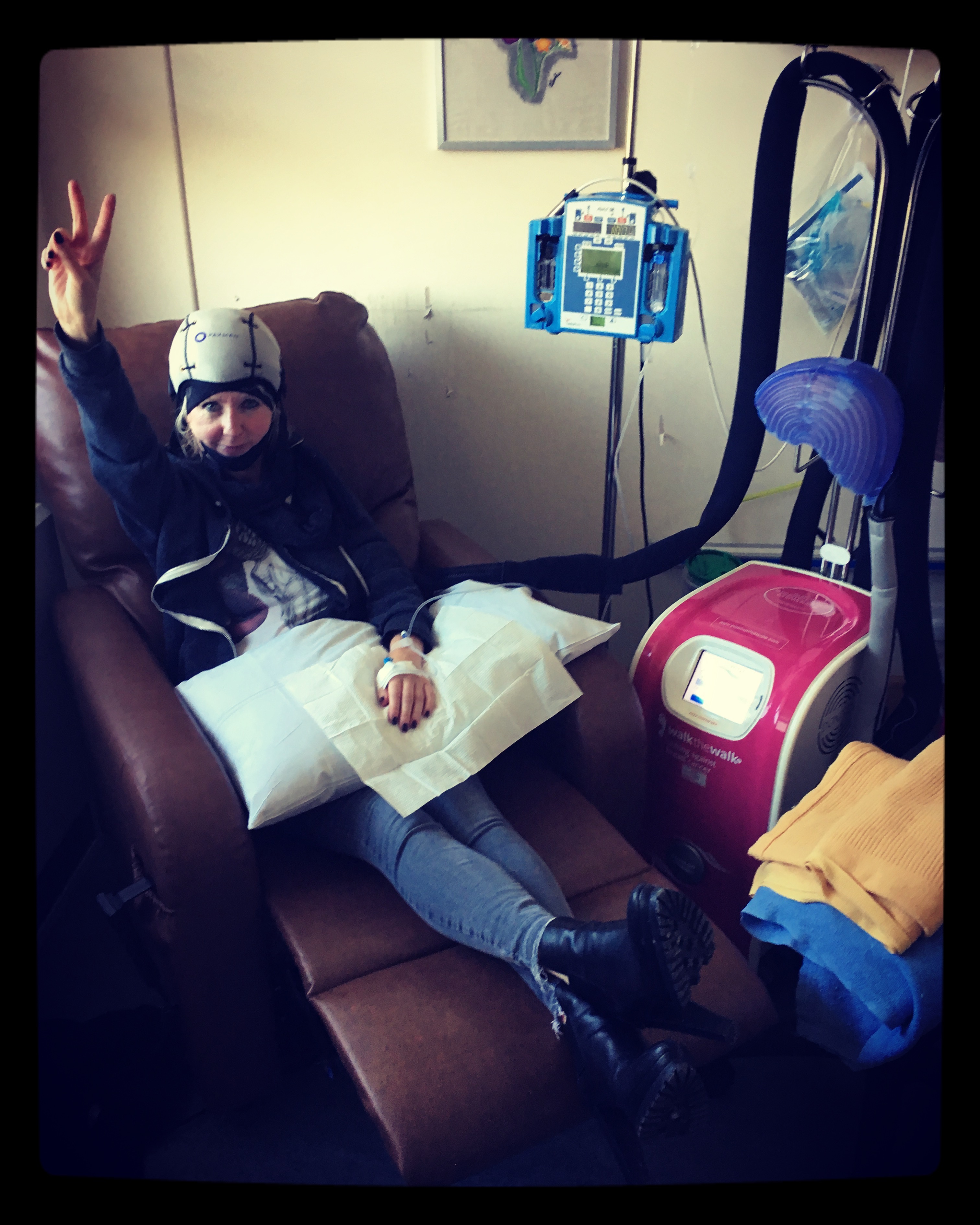 I won’t lie, the last few months have been tough on all of us in the Peters family and we couldn’t have coped as well without the love we have received from those who are closest to us and also from those that we don’t even know at all.

The amount of love sent our way through social media has been staggering. The understanding of Alarm fans who have given us the space to get through our challenges has been constant and greatly appreciated. The nursing care and medical advice through the NHS has been second to none and so even though we have had to walk through the worst of times, they have in fact proved to be amongst the best of times.

To be able to face a challenge together and not alone tells us just how lucky we are. 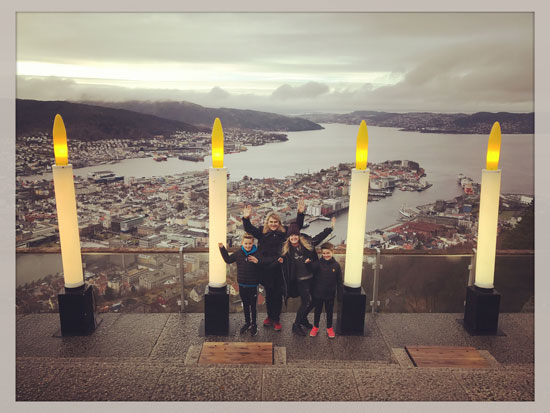 Amidst all of this, new albums and tours are taking shape and even now plans are being hatched so that when the shackles come off in May and Jules’ recovery is complete, we can continue with the life we have chosen and share even more great adventures together.

Until then, I look forward to seeing you all at 25th Anniversary Gathering in Llandudno in February or in April at UCLA for the west coast Gathering USA. 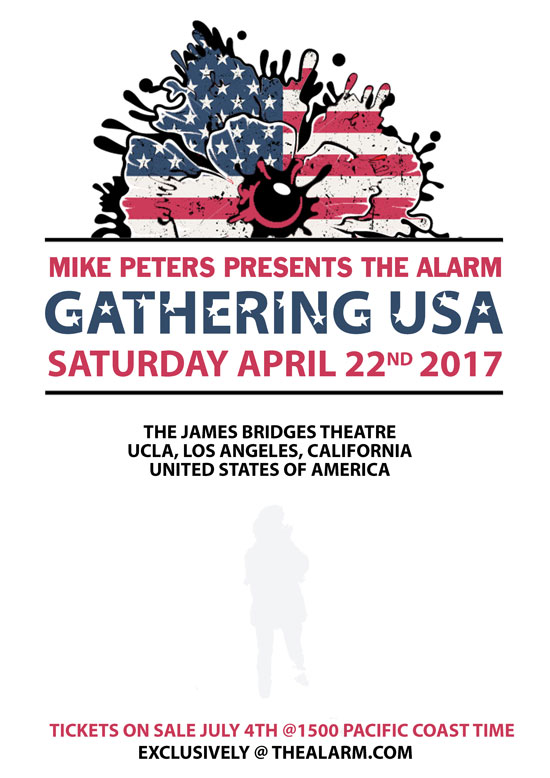