Mike Peters and The Alarm – Glasgow Garage concert for May 13th has now been moved up from The Garage to the increased capacity O2 ABC Glasgow and tickets are available now. NB: All Tickets purchased for the original venue remain valid.

Tickets for all other 2017 Mike Peters and The Alarm performances (which includes appearances at the Gathering 25th Anniversary in North Wales and Bearded Theory Festival in Derbyshire), are available at the following outlets: 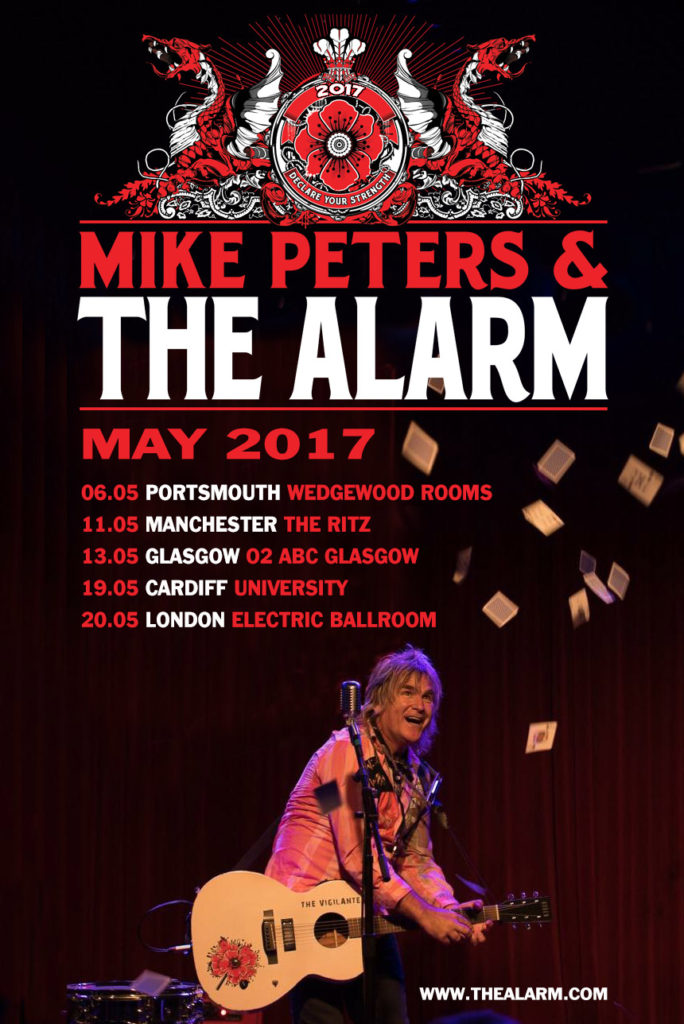 In October 2015, Mike Peters and The Alarm performed a homecoming concert to a full house at Wales Millennium Centre, Cardiff with the Welsh Pops Symphony Orchestra and 2 choirs for back up. The concert film of the event ‘Poppies Falling From The Sky’ has just been released in store alongside a 10″ EP of ‘In The Poppy Fields’ which received extensive radio play across the U.K. 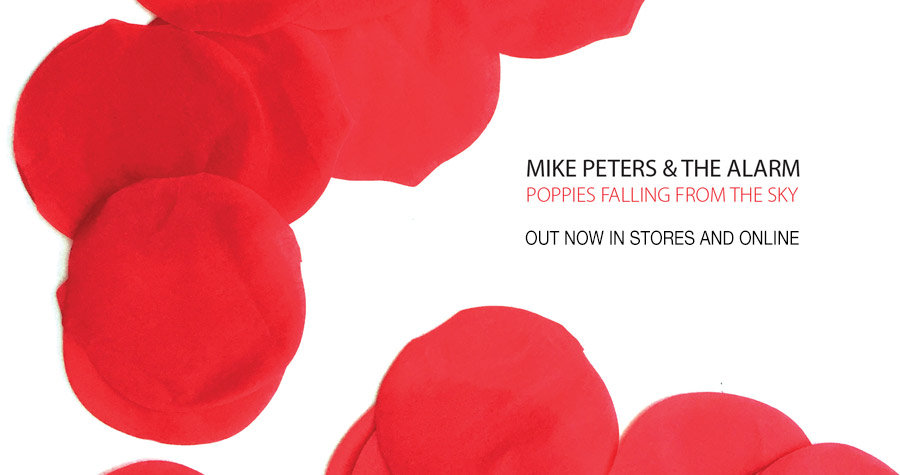