Mike Peters appears in a brand new BBC Wales television documentary ‘Wales in the Eighties’, a four-part series which began on Monday 23 November on BBC One Wales at 10.35pm.

Watch the first episode ‘Battle of the Giants’ which features an appearance from Mike Peters on the BBC iPlayer here and look out for the remaining shows every Monday in particular part four, which features a brand new Mike Peters interview and retrospective that broadcasts on 14th December on BBC One Wales at 10.35 PM.

Wales in the Eighties: My memorable interview with Mike Peters

The ’80s was a memorable decade. For me it spelt the start of my career as a documentary filmmaker recording people’s life stories – something I feel very lucky to still be doing.

For many others who lived in Wales in the 1980s, their memories remain vivid and heartfelt. They often evoke strong emotions, even to this day. I know this because I’ve spent much of the last year filming the stories of some remarkable men and women who lived through this tumultuous decade. 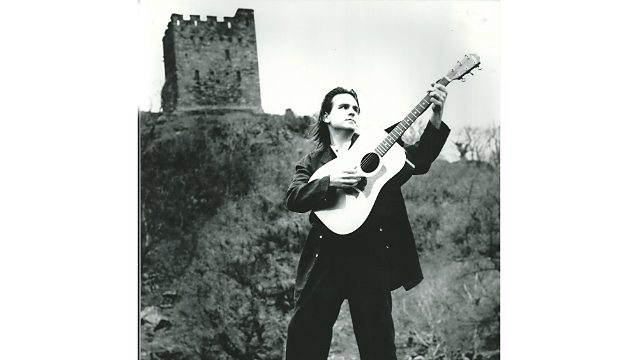 One of my most memorable interviews from this series was one with frontman Mike Peters from The Alarm. During the 1980s, he began his journey from the dole queue in Rhyl and ended up with fame and fortune. They enjoyed big hits on both sides of the Atlantic but Mike never forgot the country of his birth and came home to write inspirational anthems like ‘New South Wales’.

On the morning I arrived to film him at his home in Dyserth in north Wales, he received some bad news about the cancer he’s been battling for some time. A few days before, he’d been scaling Snowdon with no ill effects, and the treatment plan he’d followed for ten years to control his cancer seemed to be working, so this was a major blow. I would have understood if Mike had cancelled. But in the spirit of his cancer charity, the Love Hope and Strength Foundation, he carried on, did an amazing interview and even sang some songs.

Mike talked about how he met and fell in love with his wife Jules and how she is an inspiration to him. He spoke about how important music has been throughout his life – and how he always wants to get an important message across in the songs he writes and performs. This was especially true in the ’80s, when he took a stand against the burning of holiday homes and tried to unite English and Welsh-speaking Wales. In 1989 Mike and The Alarm released their new album in two languages, Welsh and English – “Newid” and “Change”. “I consider myself Welsh and just because I couldn’t speak the language I didn’t consider myself less Welsh than somebody who did”, Mike explained. “I wanted to show that the same passion and commitment for Wales was there in both languages, so let’s bring it together.” 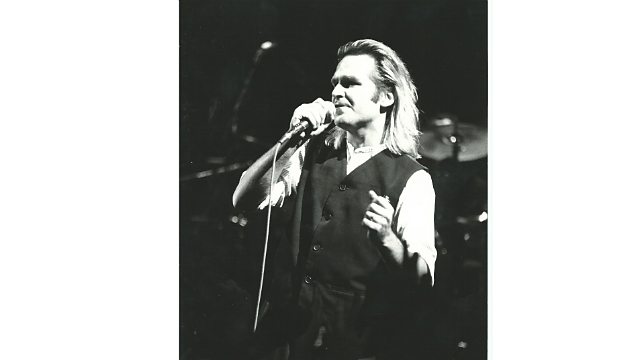 Bringing Wales together is something that 56 year old Mike has done for the past 30 years. He kept the return of his cancer secret during his autumn tour of the States but told his fans ahead of the incredibly successful 30th anniversary concert he staged at the Wales Millennium Centre last month. For me it was a privilege to film Mike’s life story – as it was with everyone who appears in our series.

Wales in the Eighties began on Monday 23 November on BBC One Wales at 10.35pm.