Over two nights at the Madam Felle venue on Friday / Saturday December 18th and 19th 2015, Mike Peters will perform two varied acoustic sets featuring songs that span all the decades of his songwriting career.

Following on from recent announcement of Mike’s involvement in The Jack Tars Tour these will be the final concerts of 2015 – The year of Strength. 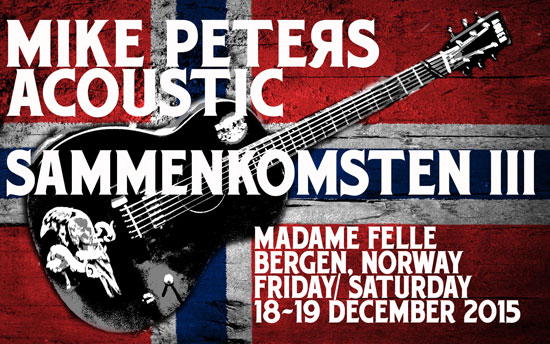