Mike Peters will be making a very special news announcement ‘live to the world’ on Periscope this coming Sunday at 7PM BST.

To be a part of this global broadcast you can follow online from your lap top or mainframe computer by visiting www.periscope.tv/thealarm and / or download the periscope app on your smartphone and follow ‘The Alarm’. 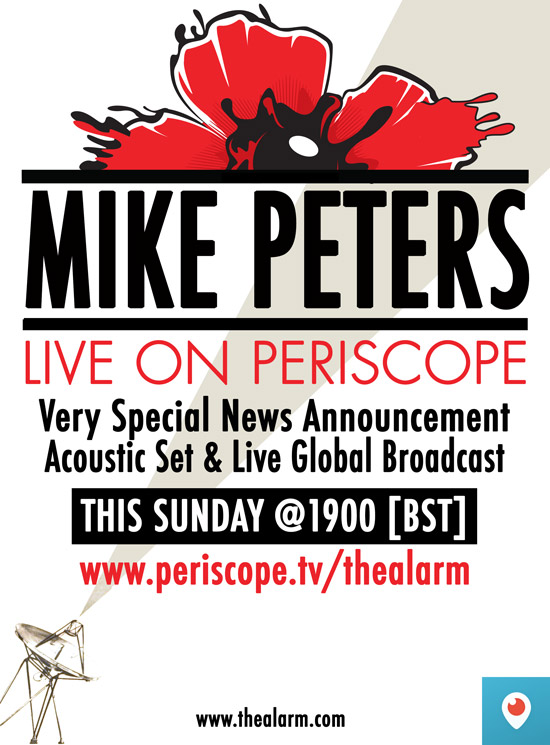 At exactly 7 PM on Sunday the broadcast will begin and wherever you are in the world you will be able to witness ‘live’ and in real time, the special announcement and acoustic set that Mike Peters will perform.It’s amazing to think how far technology has come since the MTV ‘Spirit Of ’86’ concert, when Mike and The Alarm performed the first ever ‘live’ global satellite broadcast on April 12th 1986 with an array of specialist equipment, that allowed the band to be seen and heard around the world.Now on Sunday, and with all that technology contained within modern smart phone technology, Mike can communicate globally with the flick of a button on a handset. Incredible!All of us at thealarm.com look forward to you tuning in on Sunday at www.periscope.tv/thealarm

In other news, Mike Peters was out and about in London last night to see The Stranglers and Simple Minds performing at the O2 Arena.

Mike visited with The Stranglers in their dressing room after the show and met up with old mates J.J. Burnell The Stranglers bass player and Baz Warne the Stranglers lead singer (who once joined Mike Peters on stage for a performance of The Deceiver in the North East around 1998). 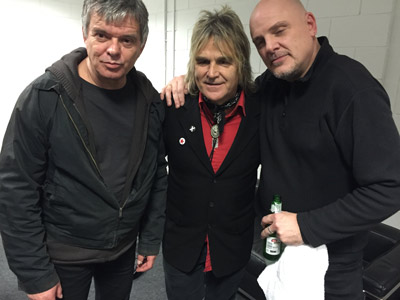 All three were soon in deep conversation as plans were hatched for the forthcoming Stranglers / Alarm ‘Black and White’ Tour for next March 2016.Whilst at the event, Mike also caught up with both Jim Kerr and Charlie Burchill of Simple Minds. 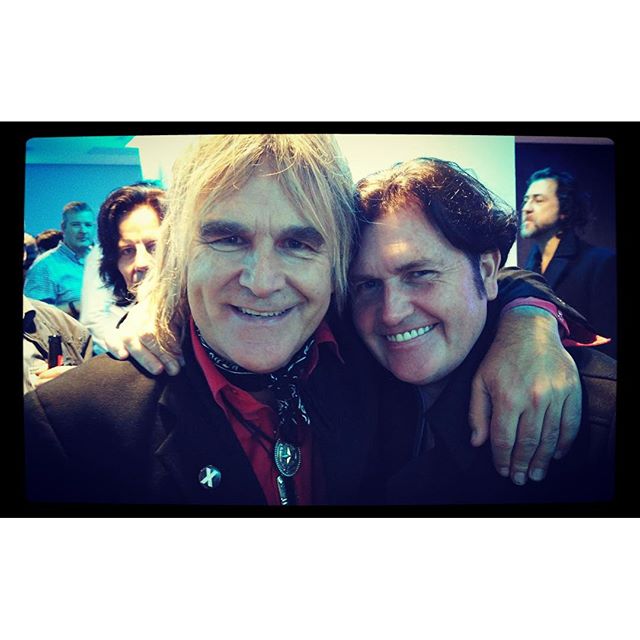 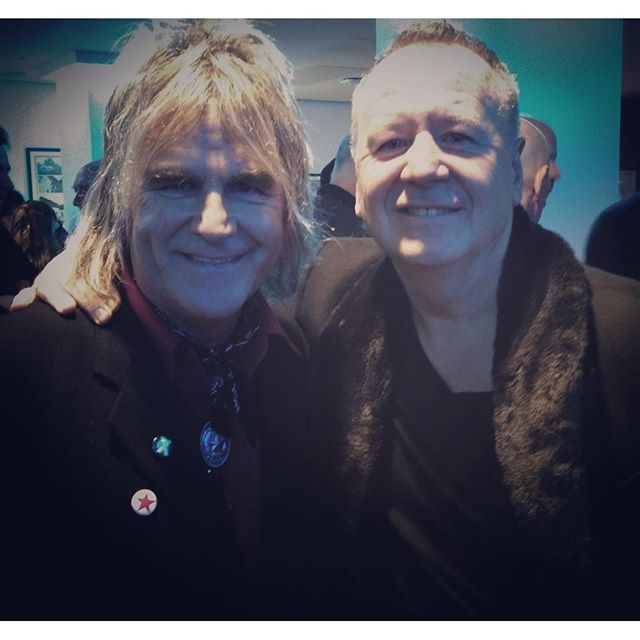 Tune in to Persicope this Sunday at 7PM (BST), to hear from Mike Peters himself about exciting plans for 2016!