Check out the new promo film for Vigilante Man which is taken from the Strength 2015 companion CD ‘Majority‘ that is being made public from this weekend.

The Strength 2015 era is already proving to be hugely popular with fans and critics alike. Mike Peters is playing two sold out shows this weekend in Swansea and Birmingham before flying out to California and the first US shows of the summer.

Most remaining British shows are either all ‘Sold Out’ or very close to capacity and The ‘Strength 2015 CD / Vinyl Limited Edition Collection has now also completely sold out.

The release of Majority completes the backstory of the new Strength 2015 era.

The 12 track album was recorded in both Wales and Australia and is once again graced with the distinctive CD Cover artwork of illustrator Daniel Shearn and features a 16 page fill colour booklet with complete lyrics and illustrative graphics. 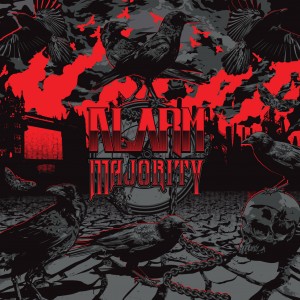 This Strength 2015 Collection companion disc was created from the bones and ashes of b-sides, unrecorded and non-album songs and collates all the outlying ‘Strength’ era tracks and completely updates them for these modern times.

The album both opens and closes with ‘Majority / We Are Majority’, cut twice to present both sets of lyrics used in this seminal Alarm song’s birthing process.

The opening track was cut in Australia at Hailstone Studios, Melbourne and features Mike Peters hard hitting vocals pitched against a rockabilly style rhythm track featuring double bass from Chris Nomad of Melbourne’s Firebird Trio (Nomad is also a member of Brian Setzer’s Rockabilly Riot). Guitar is courtesy of Firebird’s six string maestro Pete Belair who performed with Mike Peters at the World Cancer Congress last December when the seeds for this collaboration were first sewn. Drums are from the ever dependable Smiley who shows just how versatile a musician he is on these all new recordings. 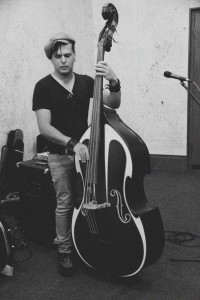 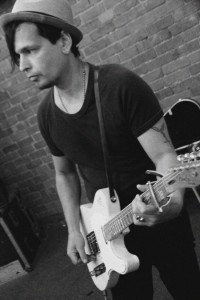 This is the line-up that rips through ‘Reason 36’, a version that echoes The Alarm’s musical dawn as a neo skiffle punk outfit, with the western roots guitar riffs colliding with the folk poetry. The musicianship is exemplary and offers another new musical dimension for Mike Peters and The Alarm fans to (re)discover. 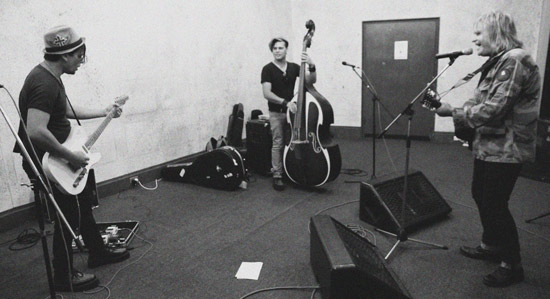 A lone acoustic guitar and vocal performance of ‘Black Side Of Fortune’ highlights the dark beauty of a song that never made it to the final Strength album but absolutely backs up Mike Peters recent assertion that Strength could have been a very strong double album had the band shown a little more daring back in 1985. 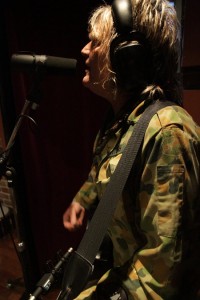 ‘Vigilante Man’ reaffirms the Woody Guthrie influence that was prevalent in all aspects of The Alarm’s music leading up to the Strength album only this time, cut with a vintage rock and roll sting courtesy of the Firebird / Smiley double bass, rhythm and guitar axis that drives the track through the sawn off shotgun delivery of a powerhouse Mike Peters vocal. 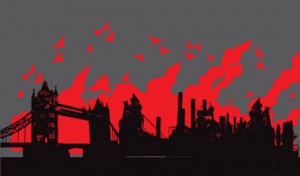 A first ever studio take on ‘Knocking On Heaven’s Door’ provides the ‘Majority’ album with it’s spiritual centre as Mike Peters finally lays down to tape a song that graced so many classic Alarm shows of the era. The voice of Mike Peters is alive with the grain of history against a band performance that evokes images of all the guest performances from days gone by when Mike Peters sang the song with Bono, Stuart Adamson, The Long Ryders and Bob Dylan himself to name but four. 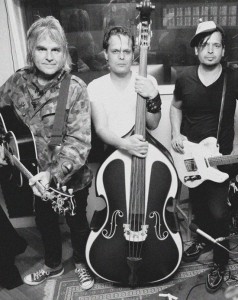 The rock and roll generated by this Firebird Trio meets The Alarm collaboration takes a firm grip of the ‘Caroline Isenberg’ story and bring it to life once more with a call and answer arrangement that perfectly amplifies the heartbreaking news reel style lyrics of a young girl struck down in the prime of life.

Another lost ‘Strength’ era song ‘Sons Of Divorce’ is stripped to the bare bones by Mike Peters with the hard hitting words strewn across a desolate acoustic based performance. 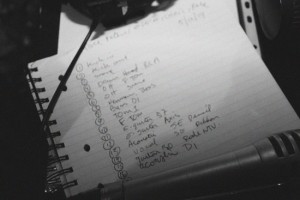 ‘The Chant Has Just Begun’ sounds like the version The Alarm should have made first time around as the chorus rings out above the slap bass rockabilly rumble.

A classic Mike Peters acoustic intro heralds the beginning to much loved ‘Absolute Reality’ b-side ‘Room At The Top’ performed in the now familiar one man band style of recent tours. The song sounds fresh as a result and recreates ties to The Alarm’s nascent folk / rap acoustic rock of ‘The Stand’ and other titles such as ‘Lie Of The Land’ when acoustic and electric sides were a feature of early Alarm records. 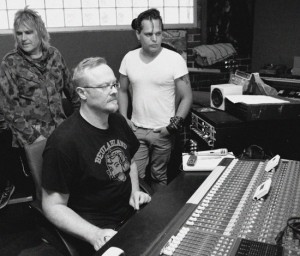 A four verse version of ‘Unbreak The Promise’ is also debuted (with extended lyrics recently discovered in Mike Peters lost songwriting notes from 1984). This performance demonstrates how the song may have been arranged if the band had taken it into a recording studio following it’s only ever recorded appearance during a 1984 BBC radio session. 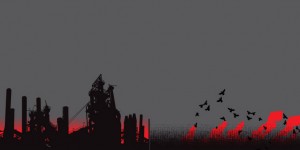 ‘Memorial Day’ is a title familiar to those who tracked down the ‘Alt-Strength’ bootleg album of demos and outtakes from the original line up 1984/5 Strength sessions. The recording for the ‘Majority’ album is a more realised version of the lyric as presented before it changed to ‘Rose Beyond The Wall’ (for the b-side of ‘Rain In the Summertime in late 1987). In 2015, Memorial Day takes on an elegant grandeur and features some classic Alarm style military drumming and fine harmonica.

The album closes with a furious version of ‘We Are Majority’ complete with original lyrics as sung when the song was debuted live for the first time at Pier 84 in New York on September 14th 1984. Legend has it that U2’s Bono persuaded Mike Peters to change the lyrics from ‘We’ to the first person after hearing The Alarm perform the song when supporting U2  at the Forest National in Belgium, 1985.

Overall, ‘Majority’ is the perfect companion and more to ‘Strength 2015’ and once again shines a torchlight into the past and signposts future directions as the music of Mike Peters and The Alarm continues to grow and develop to reflect the era it lives and breathes in today.

Order your copy of Majority and Strength 2015 here.