Alarm.com is pleased to announce that Mike Peters will take the Alarm Strength Tour to Scandinavia this May 2015.

This time around there will dates in Denmark and Sweden alongside the Norwegian dates which includes a return to Herr Nilsen in Oslo which sold out on last years Declaration tour and was a very memorable night indeed. 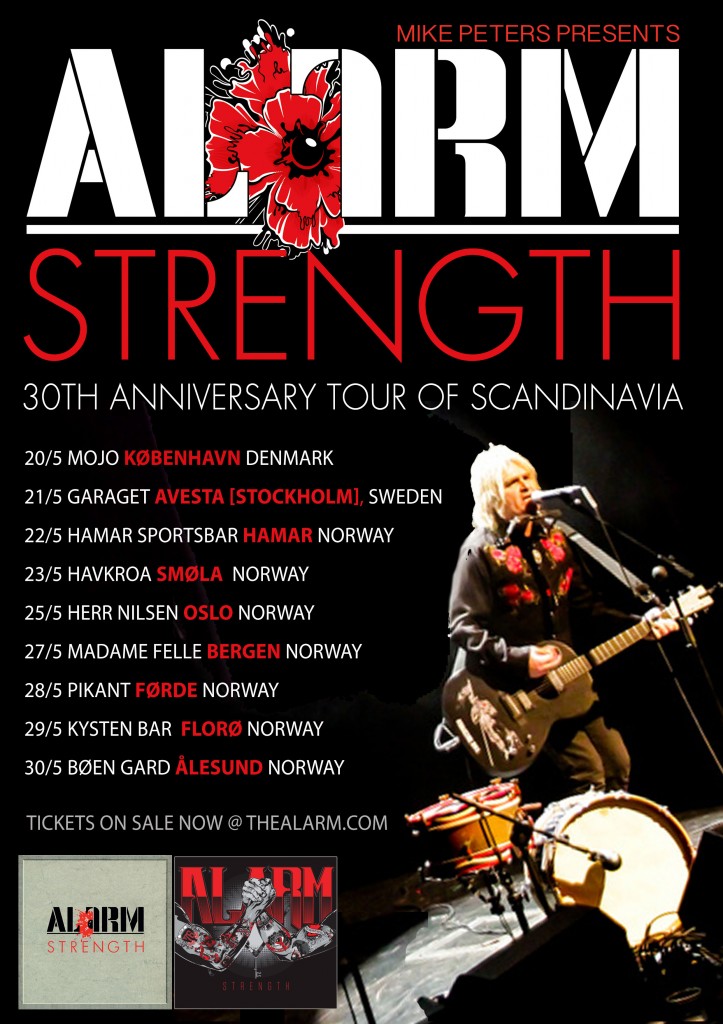