This March and April 2015, Mike Peters will present ‘The Alarm – Strength 30th Anniversary Tour’ in California.

Dates are on sale now at the following venues: 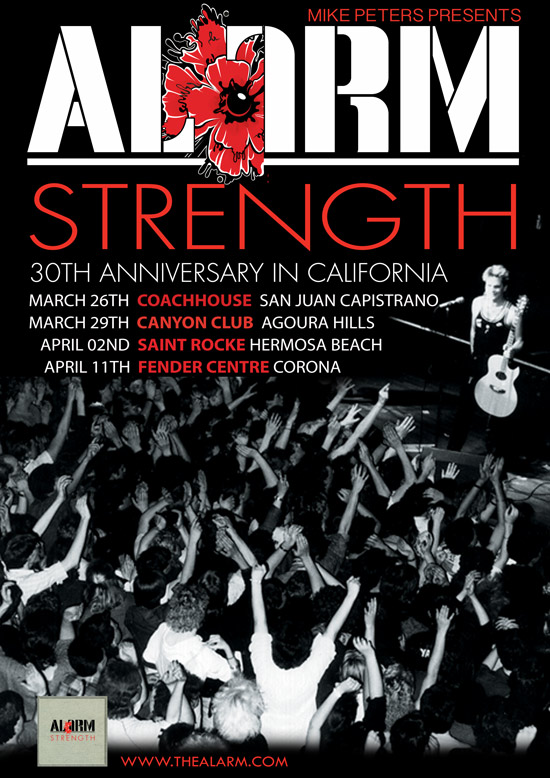