As the countdown to The Gathering 2014 (January 31st – February 2nd 2014) continues, Mike Peters has begun to turn his attention towards the set lists planned for both Friday and Saturday concerts. 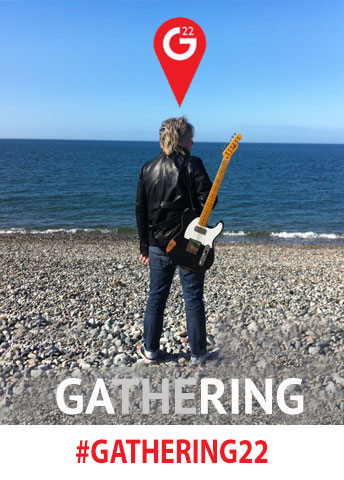 This year, we are asking all who are attending to submit their own set lists and ideas for songs to be performed in both acoustic and electric performance settings.

Mike himself is already plotting surprise inclusions for both nights and so all your input will be valued and go into the thinking behind this new chapter in the history of The Gathering as we return to Llandudno for the first time in five years.

2014 is already looking very exciting for all concerned with sell out shows in Glasgow, London and many other dates close to sell out (so please book your Gathering tickets as soon as you can to avoid disappointment). Gathering 2014 weekend tickets are available to order here. Saturday night Electric Set List from Gathering 2009 (the last time the event was held in Llandudno).