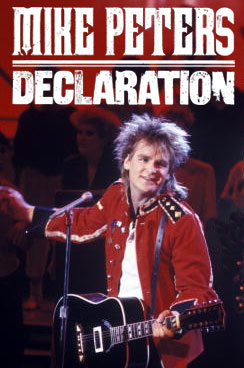 Mike Peters / Alarm fans who are intending to visit other shows on the tour are being further advised to purchase tickets in advance in order to avoid disappointment.

Ticket outlets all over the country are reporting excellent sales for all shows.

“There’s a landmark on the skyline, There’s a sign standing in the road”

1/19/1984: The Alarm, Top of the Pops, BBC TV, UK Summary The band’s third “Top Of The Pops” appearance, playing their second hit single. The single would spend 6 weeks on the UK chart, peaking at number 22.Press Release Set List Where Were You Hiding When the Storm Broke?Band Comments Fan Comments

“Eye Of The Hurricane” album released.