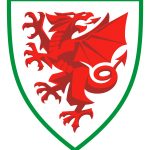 Wales’ official UEFA EURO 2020 song, “The Red Wall of Cymru”, performed by The Alarm and members of the Red Wall, will be released on Friday 28 May.

The song has been written by Mike Peters, who has involved members of the Red Wall from across Wales as part of the recording process. Peters and the Alarm recorded the song in Wales’ legendary Rockfield studios. Following the recording, Peters travelled the country, meeting fans in twelve different locations, from Cardiff to Caernarfon, to be part of the song.

“The Red Wall of Cymru” celebrates the fan base of the Welsh national team and the importance of the fans, whilst celebrating past glories and acknowledging an exciting future for the national team. 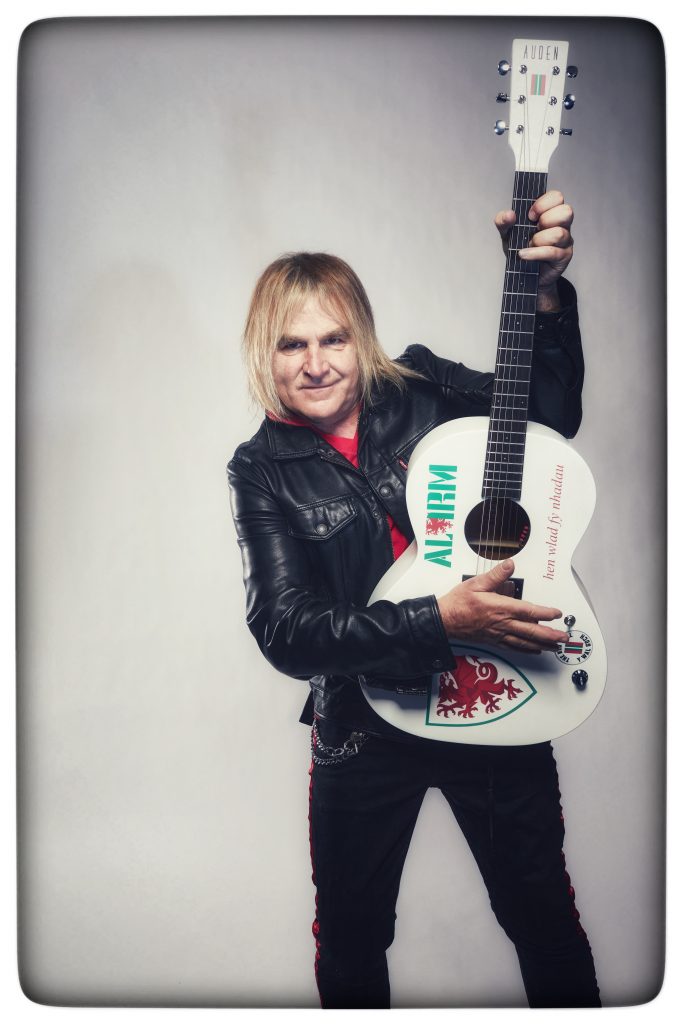 The song will be released as part of a three track Alarm EP available on CD, stream and download on Friday 28 May. A Record Store day vinyl with alternative demo versions of the songs will be released on Saturday 12 June, the same day Cymru will face Switzerland in their opening game of the UEFA EURO 2020 tournament. 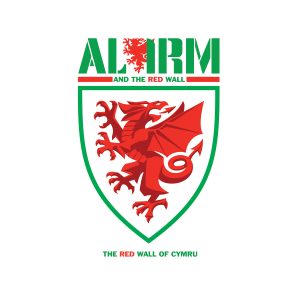 CD EDITION – THE RED WALL OF CYMRU to be released on May 28th 2021
Available on CD, Stream and Download 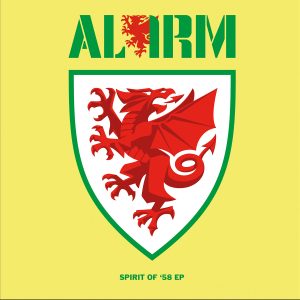 Recorded by The Alarm

Proceeds from the record will go to the Love Hope Strength Foundation, co-founded by Mike Peters (www.lovehopestrength.co.uk/). The charity works in partnership with cancer specialists to give more people in Wales and elsewhere access to life-saving cancer treatment and life-changing cancer support programmes, and to help reduce the number of preventable cancer deaths. Mike Peters will be walking 177 Miles along Offa’s Dyke from north to south Wales carrying his especially commissioned Wales / Red Wall of Cymru guitar with him all the way whilst raising money and sharing insights about cancer, which Mike says is ‘one of our greatest challenges in history’.

Mike Peters said “As a passionate and lifelong Wales supporter, I have always wanted to write a song that might in some way, capture the passion and commitment of the Welsh fans. Through ‘The Red Wall of Cymru’ we have been able to combine four passions: Wales, football, music and supporting people in Wales that are tackling a cancer diagnosis.

“I very much believe that cancer isn’t just a critical health issue, it’s a human issue that touches all of us. I live with leukaemia and my wife Jules faced a breast cancer diagnosis just a few years ago. Having received early diagnoses and excellent care ourselves, we’ve long been advocates of ensuring that others can reduce their risks of cancer and benefit from early detection and quality treatment.”

Mike Peters and The Alarm

“As a passionate and lifelong Wales supporter, I have always wanted to write a song that might in some way, capture the passion and commitment of the Welsh fans. I hope that The Red Wall of Cymru can find its way into the hearts and minds of our nation during these difficult times when (unlike 2016), we will all have to show our support from home rather than alongside the team in Europe. By involving the fans in the recording, I hope the music will lift the spirits of our players as they take our Welsh hopes and dreams into the empty stadiums of Euro 2020 and know that we are all there with them in spirit.” Mike Peters.

Here are some of the fans that contributed to the recording process and their stories: