As announced on the Big Night In by Mike Peters, The Alarm’s 2020 UK Tour has now been reset to March / April  2022 with all original tickets remaining valid for the new dates which will now become part of The Alarm’s 40th Anniversary Celebration year.

“I would like to thank all the British Alarm fans for their patience and resolve”, says Mike Peters. “It’s taken a lot of effort on everybody’s part to book these new UK Shows into 2022 and make them part of the band’s 40th Anniversary Celebrations. There has been a lot to contend with  since the pandemic began and forced everyone to rethink their plans and I would like to personally thank The Alarm’s UK agent Neil O’Brien for all his hard work in rebooking these shows for 2022. Rest assured, myself and the band will be pulling out all the stops to make sure these new dates will turn into  incredibly memorable concerts for all concerned, especially as they will now take place during The Alarm’s 40th Anniversary year.  Music will keep us strong.”

The Alarm 40th Anniversary Tour  will now feature the following new dates with more to be added soon: 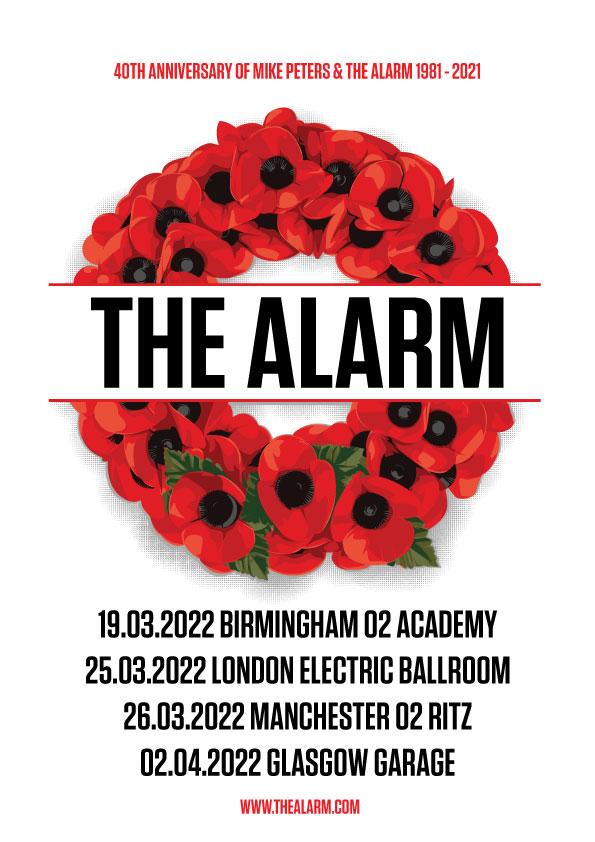