“The Alarm which also includes guitarist Dave Sharp and bass player Eddie Macdonald is on the road with Benatar for a select number of dates through the beginning of next month. The group is also playing some solo concerts, including a Tuesday night show at Rutgers University in New Brunswick. “Certain places, where the [Benatar] tour was offered, all the tickets were gone,’ says Peters. ‘And we didn’t want to disappoint our fans, so we chose not to do those particular shows. “– Barbara Jaeger The Record – Sunday, March 9, 1986 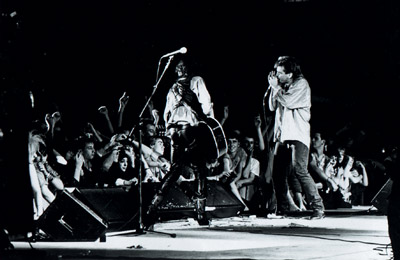 By the time The Alarm had made to Omaha opening for Pat Benatar, it appeared that they were on the top of the world.   Their well received opening slot was turning out to be a great ticket seller and morale booster for the band.

“We relish every moment in this group. We’re doing something that probably every single person that ever lived has wanted to do.” -Mike Peters,  Omaha World-Herald (NE) – Sunday, March 16, 1986 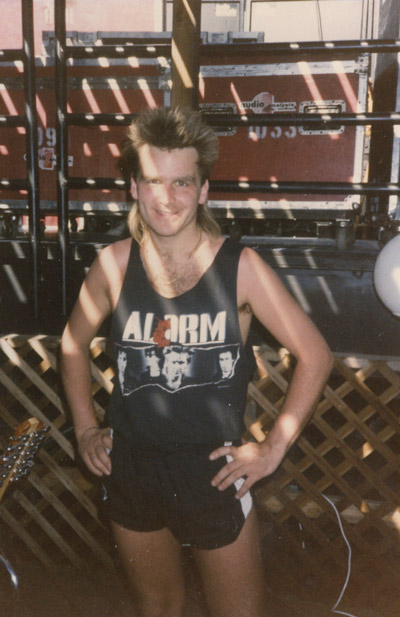 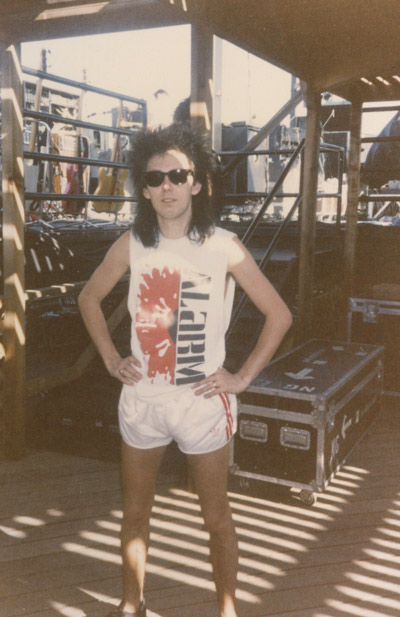 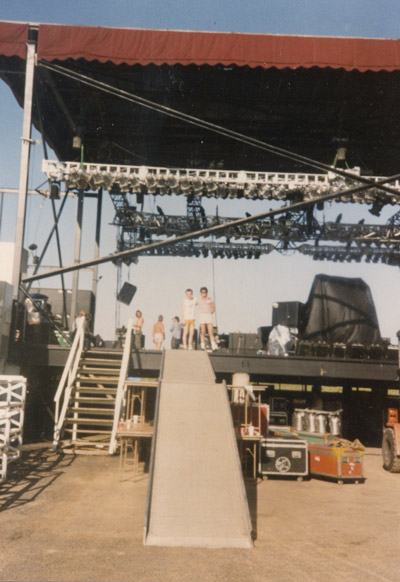 “When the stint with Benatar comes to a close, The Alarm will take a 10-day break to prepare for a concert that will be televised worldwide, live by satellite, on April 12. Then, they’ll begin a tour of their own.” –  CHERYL WENNER, The Morning Call  Friday, March 14, 1986

“After the UCLA photo shoot, Eddie Macdonald and I got taken to Paramount Studios, to see a very rough ‘black and white’ cut of ‘Ferris Beullers Day Off’ which was a John Hughes film. We had been invited with the view of writing a song for the soundtrack. The brief we were given was, that unlike his other movies (such as ‘The Breakfast Club’), John Hughes wanted an original soundtrack of brand new music that was going to be produced by Arthur Baker. New Order (who were already making an album with Arthur Baker), were in the frame and various other groups who were popular at the time. I didn’t really get what the film was about as the rough cut was in fact ‘very rough’ and a lot of it was silent. You got the idea though and we went away ready to take up the challenge” – Mike Peters