February 15th 1986 The Alarm arrive in the USA for the ‘Seven The Hard Way Tour’ as special guests of the Pat Benatar Band along with some select headline dates in between.

The tour with Pat Benatar was designed to expose The Alarm to a more “classic rock” audience and help support the the single Spirit Of ’76.  The band found that Pat Benatar’s audience was not exactly the same as their own.

“We’re finding the audiences are different every night. It’s like looking out into a lilly pond. Our fans are pretty easy to spot.” –Eddie MacDonald,  Morning Call, The (Allentown, PA) – Friday, March 14, 1986 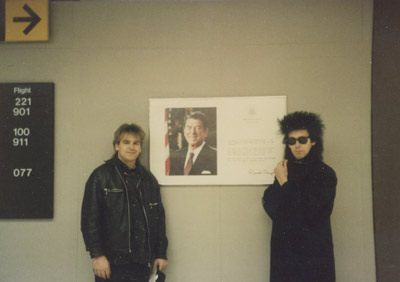 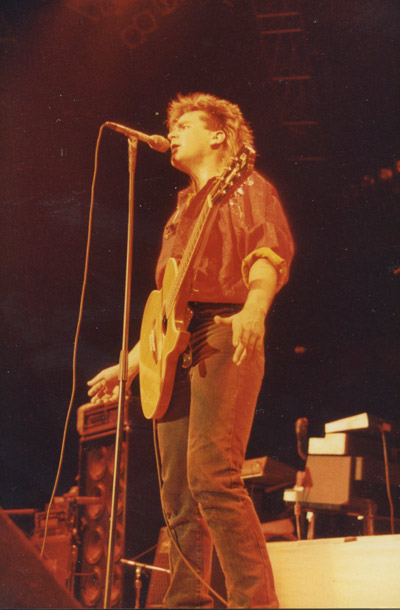 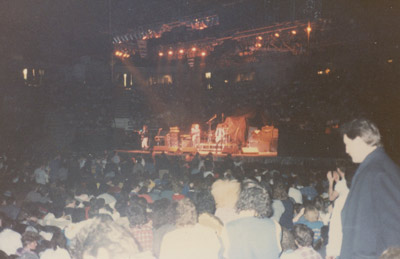 “For the band of four Welshmen, the date before approximately 20,000 people (at Meadowlands), is an important stepping stone in a relatively young career. Despite Peters’s tranquil posture, his nervousness is evident. A handsome 27-year-old man with a cherubic face, Peters fidgets on an equipment trunk serving as a makeshift chair. Speaking barely above a whisper, his hands will occasionally rake his spiky blond and brunette hair or twist the gold chain at his neck. It’s difficult to believe that this is the same man who hits the stage a couple of hours later to the strains of the rousing anthem ‘Marching On. ‘ With drummer Nigel Twist beating out a martial cadence, Peters’s vocals boom through the arena and his commanding stage presence equals that of Bono, lead singer of the Irish band U2. With Peters and company setting off such musical explosives, it’s impossible not to be immediately caught up in the fervor surrounding the Alarm’s stage show. The audience’s positive reaction also gives credence to what Peters said, almost modestly, earlier. “We’ll come back and headline this place one day. I don’t know when, but it will be when we’re ready and we can jam it to the roof. “ –Barbara Jaeger The Record – Sunday, March 9, 1986 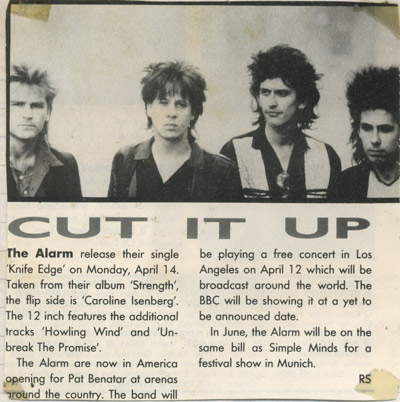 The powerful NBC Television Network in the USA broadcasts a film expose about the music industry entitled ‘The New Payola’.

“In typical Alarm fashion, fate played it’s hand on February 24th 1986 and the grand scheme of MCA to promote ‘Spirit Of ’76’ as a priority release was scuppered when the NBC television network ran a huge expose on the record promotion business under the heading ‘The New Payola’. – Mike Peters

In the expose broadcast on NBC, reputed Mafia Capo – Joseph Armone is filmed at a benefit concert at the Waldorf Astoria Hotel in New York, talking with Gambino Mafia Family leader John Gotti. Independent record promoters with alleged Mafia ties – Joseph Isbro and Fred Desipio are also seen at the Waldorf Gala. At a radio station in Miami, DJ Don Cox says “A hit record means a lot of money for those involved”, and describes the process of payola: “Drugs or other commodities in exchange for air time for certain records“. At the offices of trade magazine – Radio and Record, Editor Ken Barnes says “fraud in radio play lists is serious” and independent radio producer Jay McDaniels says he was “Threatened with bodily violence“, when he first started producing record playlists for radio stations.

“The documentary sparked national headlines in the USA” – Mike Peters

” (a) Miami deejay who spoke out in a network television news report about payola in the record industry, told his station this week that he had been assaulted and beaten by a group of people after he left work Feb. 27.” -Desson Howe, Washington Post

“There is evidence that this practice has gotten completely out of hand. Most of the major record labels are involved” -Al Gore, April 2nd, 1986

“As a result, the way record companies promoted records came under intense scrutiny prompting MCA Records to withdraw all their promotion team from the ‘Spirit Of ’76 in ’86’ campaign and IRS were left to promote in house once again.” – Mike Peters

“While we were playing in Toronto, Canada, I was at a newspaper stand with Ian Wiison and they had a copy of the NME from the UK which I bought. There was a news story about Queen announcing a date at Wembley Stadium. I said to Ian “Wouldn’t it be great to do that show when we got back to the UK.” When we arrived back to the hotel, there was a call from our UK agent (Neil Brett at Wasted Talent), saying that “Queen had invited The Alarm to perform with them as special guests at Wembley Stadium.” – Mike Peters 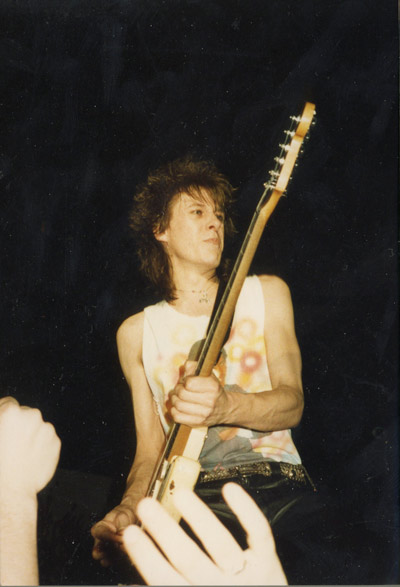 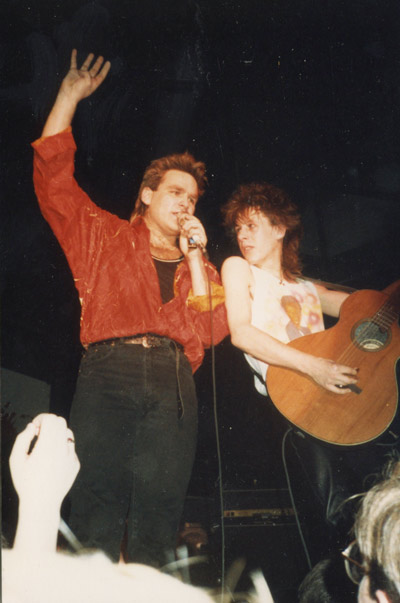