“This was supposed to be a secret gig. In fact it was so secret, that hardly anyone turned up! The one person who did was DJ Mike Reid from the BBC who loved the show and announced on his Radio One Breakfast show the next morning that he had been to see us play. The next night the Marquee was full to bursting point.” – Mike Peters 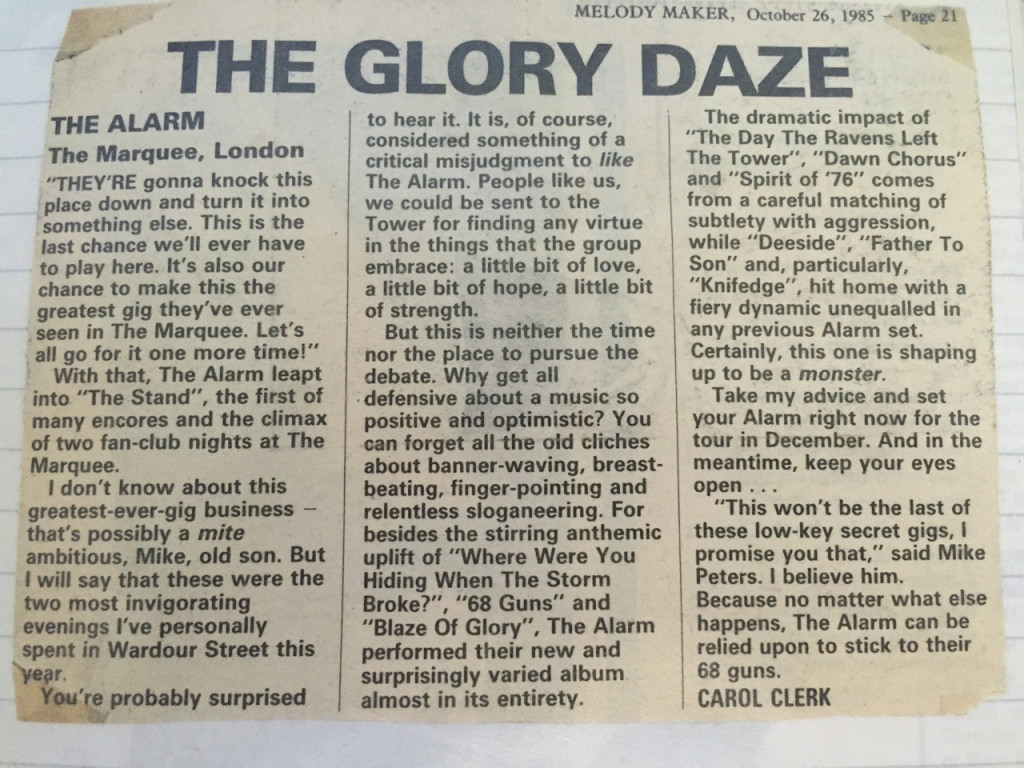 “When it came time to release the follow-up single to the LP’s title track, the Alarm held a vote. After a performance at the Marquee Club in London, group members handed out slips of paper and asked fans for their choice. ‘Spirit of ’76’ was voted No. 1 and thus became the new single. ‘Deeside’, which came in second, was the B-side.” – Barbara Jaeger , The Record – Sunday, March 9, 1986

“I was underage and the ticket stub said “PROPER NEAT ATTIRE REQUIRED” I had caught a ride from Rochester (350 miles) but all I had for footwear was sneakers! They weren’t gonna let me in. I saw Mike Peters and told him and he got the “dress code” lifted, the band were also letting in “under-age” fans through the back door so they wouldn’t miss the show even though they weren’t old enough to be legally admitted to a drinking establishment.” – Tim Nafus (Alarm Archive Website) 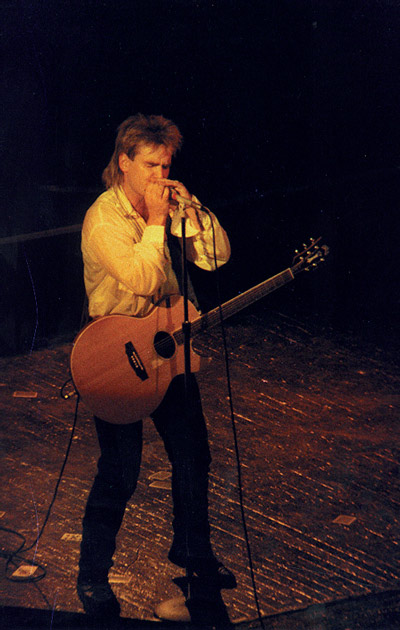 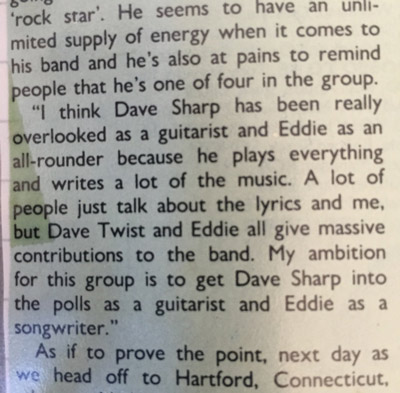 “Four of us at college in Ann Arbor drove to Detroit and The Alarm did not disappoint.   Loud, inspiring show that flat out rocked.  What a great band. ” -Bill Gratsch via TheAlarm.com 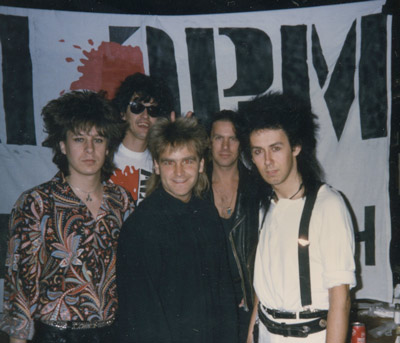 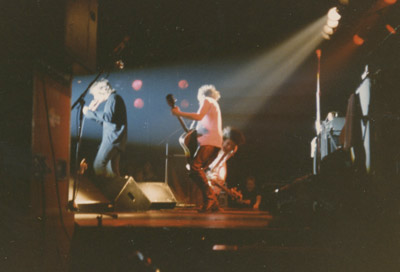 “Pollution, revolution – evolution. Seven years older since the day they formed, the Alarm, who appear at Fool’s Gold tonight with Beat Rodeo, have amassed a backlog of personal experiences and have grown to see the world through their own eyes rather than through media reports – as reflected in their new album, ‘Strength’.’We have matured as musicians and people and in attitude,’ asserts bassist/keyboardist/vocalist Eddie MacDonald in a phone interview from Toronto. ‘All the things we’ve said, the naivete we’ve had, we’ve learned from. And I wouldn’t trade it. I look back at it fondly.” – MARTY RACINE,  Houston Chronicle – Friday, November 22, 1985

“Today the torrent issues from the Alarm , the North Wales quartet who after seven years of raising the flag for a variety of creeds and causes, have learned how to communicate person-to-person with, according to the eternal idealist, compassion, hope, integrity.Fine enough, but, like the old Clash, the Alarm is a powerful rock ‘n’ roll band, too. Their third and recent Houston performance at Fool’s Gold showed a band having come into its own – it does take time, you know – displaying a leap of songwriting, musicianship and showmanship.” – MARTY RACINE Houston Chronicle – Sunday, December 8, 1985 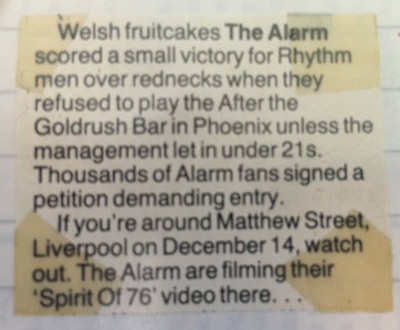 “Although sometimes idealistic to the point of naivete, The Alarm ‘s music is stirring on almost all levels. It can project the majesty of the Who, the commitment of The Clash, and a songwriting savvy as good if not better than U2. When all of it clicked, the song, Peters, the band, the audience, the effect was inspiring as it was on ‘Strength,’ and ‘Spirit Of ’76.’ On ‘Where Were You Hiding When The Storm Broke,’ the audience members were moved to sing along and clap, without anyone urging them.” –Divina Infusino  San Diego Union, The (CA) – Thursday, November 28, 1985 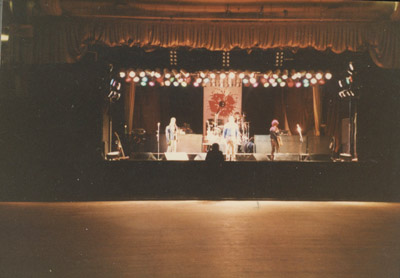 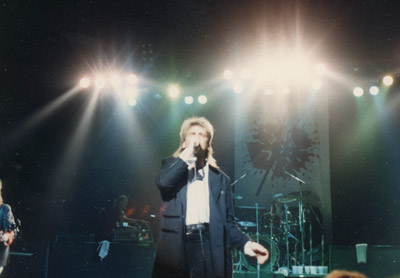 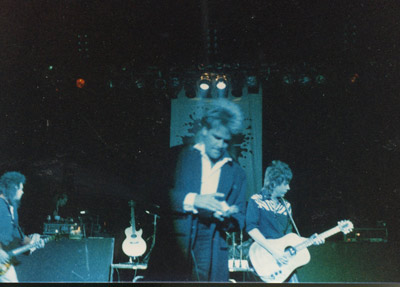 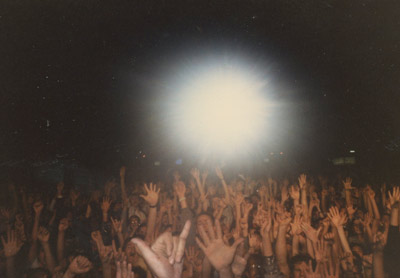 “It was definitely the wildest Alarm concert I’ve ever attended .  The concert and the energy were incredible. People were jumping everywhere and people stuck up front started getting hurt.  (a little too wild) I remember one girl tried to get out and kind of collapsed right next to me.  All I could do was pick her up and send her on her way because I could barely move myself. Mike actually stopped the concert and said people were gettinghurt and said something like “”where I come from people jump just straight  up and down”” to get us to settle down a bit.  Him stopping the show like that showed me that he really did care about the fansPeople were loosing shoes everywhere including my friend with me, I luckily was wearing my hightops which helped them to stay on, but after the concert there were shoes all over the place.” – Kevin J R via TheAlarm.com

“My first Alarm show.  My older sister told my brother and I, then 15 years old, that she would only take us if ‘dressed appropriately’.  She convinced us to electro-shock our hair, like the band, because ‘everyone else would look that way’.  She was not correct.  It was a bunch of regular college kids in jeans and t-shirts, plus my brother and I looking like rejects from a hair-spray factory.  The concert was amazing though.  To me, The Alarm astood on-stage like gods and played he best music I had ever heard.  It was the start of an unstoppable fandom train that still goes on to this day.” –Steve Fulton, Alarm Fan 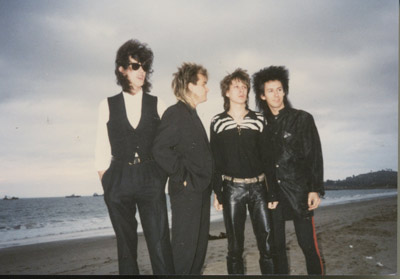 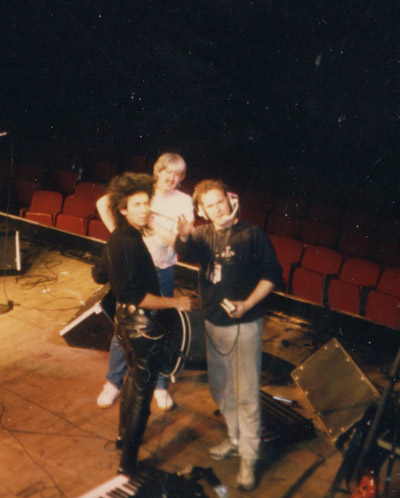 “Strength (the single), had been received warmly at radio especially at the new ‘modern’ rock stations like WLIR (Ling Island), WBCN (Boston), Live 105 (San Francisco), 91X (San Diego) and the world famous KROQ (Los Angeles). The Strength video also garnered a lot of play on MTV and as the presence of the band out on tour in the US started to make waves the record began to creep up the Billboard charts taking MCA completely by surprise. In December MCA tried to make up for their mistake but it was too late as we headed back to the UK for the British tour and in our absence, the radio stations that had been supporting ‘Strength’ from early September began to turn their attention to other tracks from the album itself”. – Mike Peters 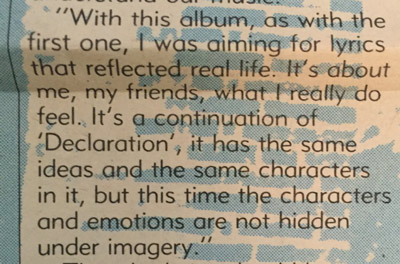