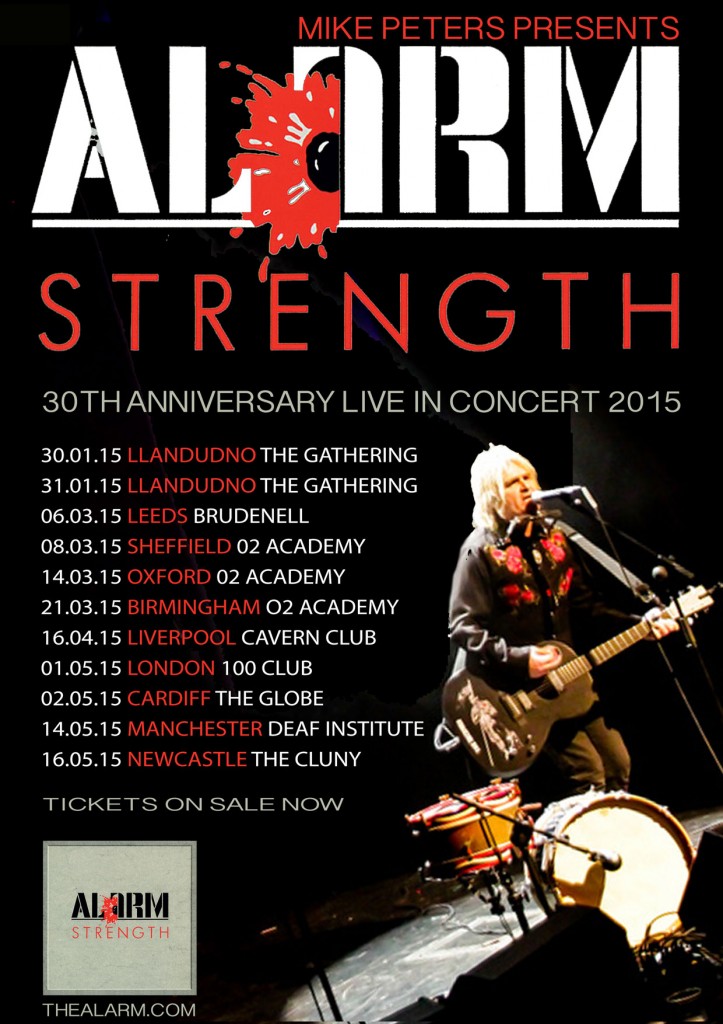 Tickets For All Shows On Sale Now, or released week commencing 15/Sept.

Following on from the hugely popular ‘Declaration Tour 2014’, Mike Peters one man band ‘Alarm’ concept will present the follow up – ‘Strength’ in a similar contemporary style featuring performance, stories and images to honour the legacy the band’s music left on the decade it helped define and the continuing significance it holds for listeners who can still relate to it’s timeless themes of love, hope and strength.