It was a hectic week for Mike Peters at SXSW. A crammed schedule of events saw Mike Peters make 9 appearances in just four days.

Following on from two sell out shows in London and Bristol, Mike Peters flew to the USA early on Monday morning, arriving in Texas in the late evening where he was met by friend and Love Hope Strength co-founder James Chippendale.

Mike was in action the very next day (Tuesday 18th), at 7.00 am local time, when he appeared live on air from Strange Brew on a morning show hosted by Austin Americana Radio Station KPPD. Mike was interviewed live and performed a 45 minute set which included ‘Statue Of Liberty’, ‘Strength’ and a reading of ‘Sixty Eight Guns’ as arranged for the new Declaration 2014 album amongst others. 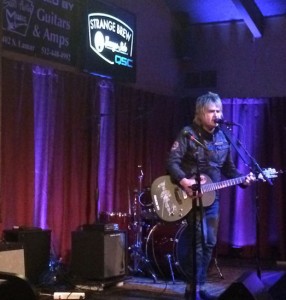 Mike Peters on stage and live on the radio at Strange Brew for KPPD Radio.

A full day of meetings and conference calls was followed by a reception party at the Long Center, hosted by ‘Jimmy Kimmel Live!’ which is a late night TV show usually based out of Hollywood but broadcasting live from SXSW. 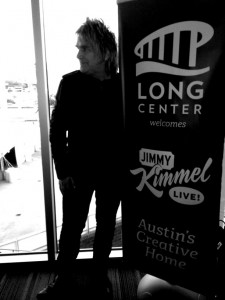 From there, Mike met up with Miles Zuniga of Fastball (Miles had hiked with Mike at Peru Rocks and other LHS events including Everest Rocks 2), and it wasn’t long before the guitars were out and the two could be heard working on a new song together.

On the Wednesday, Mike and James took meetings relating to the World Cancer Congress that will take place in Melbourne, Australia in December this year. 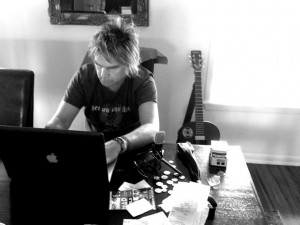 In the afternoon they could be seen heading over to the Paramount Theatre for the world premiere of the Spandau Ballet Movie ‘Soul Boys Of The Western World’. After the lights came up, lots of fans came to speak with Mike and following the Q&A, Mike could be seen chatting with Spandau Ballet band members Steve Norman and Tony Hadley. 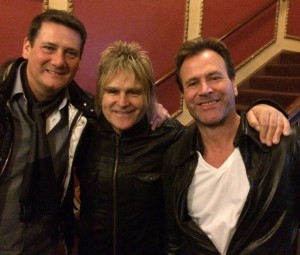 Later that night, Mike Peters main SXSW performance took place at Elysium on Red River at 10.00. It was a great show all round with a set list made up entirely of songs from the new Declaration album. 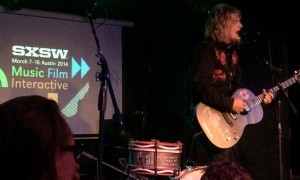 There were lots of people present from all walks of Mike’s musical career including cancer survivor Mitch Dooley, ex-employees of IRS records and members of The Alarm’s music publishing team ‘Bicycle Music’. Also in attendance was Richard Rees who is the person responsible for Mike and James meeting for the first time at SXSW in 2006. 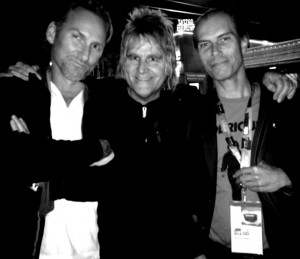 After the show, Mike Peters and James Chippendale were seen in the small hours at the Spandau Ballet convert in the intimate Vulcan Gas Company venue on 6th Street.

Next day, Mike was soon treading the boards again, appearing live at the Love Hope Strength reception at Lucy’s on South Congress. Mike performed a totally acoustic set and was joined for ‘Bound For Glory’ and ‘One Guitar’ by guitarist David Pulkingham (whom Mike had met at the Light Of Day concert in Wales a couple of years back when David was playing guitar with the legendary Alejandro Escavedo). It was another fantastic performance with Mike and David so in tune musically that they brought the afternoon SXSW crowd to it’s feet.

From there Mike and James headed into the crowded streets for another set at an event hosted by Blurt Magazine. The venue was Ginger Man and featured an outdoor stage with Mike playing a set of tunes derived from before and after ‘Declaration’. Closing with an atmospheric ‘Howling Wind’, made all the more special because of the stage setting being surrounded by the high rise buildings of Austin. 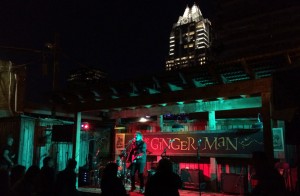 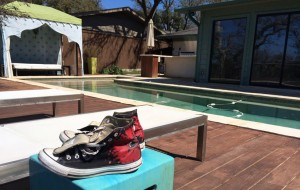 Friday Morning arrived and the sun was shining on Texas and Mike’s shoes.

The first engagement of the day was a video taping for Balcony TV, during which Mike talked about his work with Love Hope Strength. Mike performed the song Love Hope and Strength from (yes – you’ve guessed ), a balcony ‘live’ on South Congress against a backdrop of thousands of SXSW attendees walking below. An industry party came next where Mike met people like DJ Willobee Carlin who had helped break The Alarm in the US while DJ’s at influential New York station WLIR. Mike also met up with Michael Plen who was the head of Radio Promotions at IRS records when The Alarm arrived in the USA back inJune 1983.

Mike’s final performance of SXSW 2014 was at the Music Guerrilla party live on 6th street from Burnsides Tavern literally broadcasting live to the multitude gathered on the streets  outside. Mike performed this show totally acoustic and gave the crowd an all out set of titles such as ‘Without A Fight’, ‘A Breed Apart’ and a classic ‘Reason 41’. 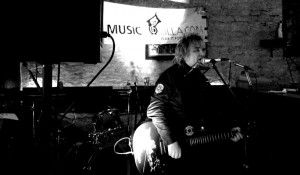 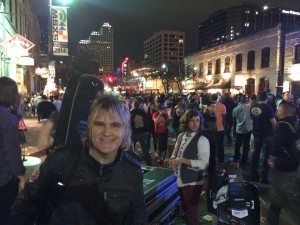 A quick dash back through the streets to pick up his suitcase from the hotel and at 5 PM Mike Peters was checked in at Austin Bergstrom International airport bound for New York and two sell out shows at The Iridium on Broadway. 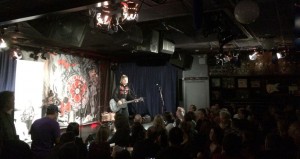 Mike Peters performed two separate shows in one night taking to the stage at 8:30 approx and then once the house had been cleared and the new audience settled again at 11:00. 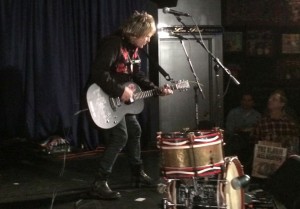 Each show featured ‘Declaration’ in full with additional songs played unique to each performance. 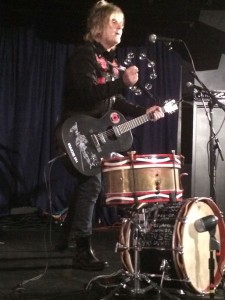 Shout To The Devil on Broadway, NY, NY.

At the end of the show, Mike Peters announced that he would be coming back to New York in July for another three individually themed ‘Nights On Broadway’ beginning on July 26th (Declaration), July 30th (Strength) and August 9th (By Request). 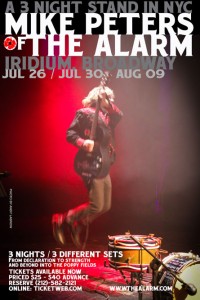