Mike Peters will make his now annual trip to Bergen in Norway to play ‘Sammenkomsten’.

Over two nights at the Madam Felle venue on Friday / Saturday December 20th and 21st 2013, Mike Peters will perform two varied acoustic sets featuring songs that span all the decades of his fascinating songwriting career.

The Madam Felle, Bergen is a great music venue and has witnessed some amazing shows there since Mike Peters began playing there three Decembers ago. A lot of UK fans have also made the journey in the past, taking advantage of low cost airlines that fly direct to Bergen Airport from the UK. 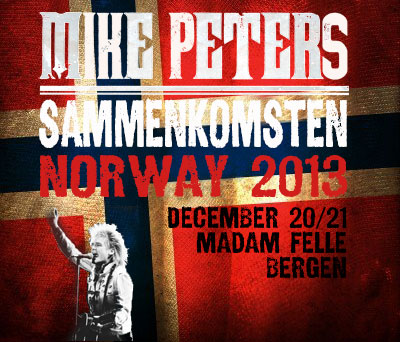