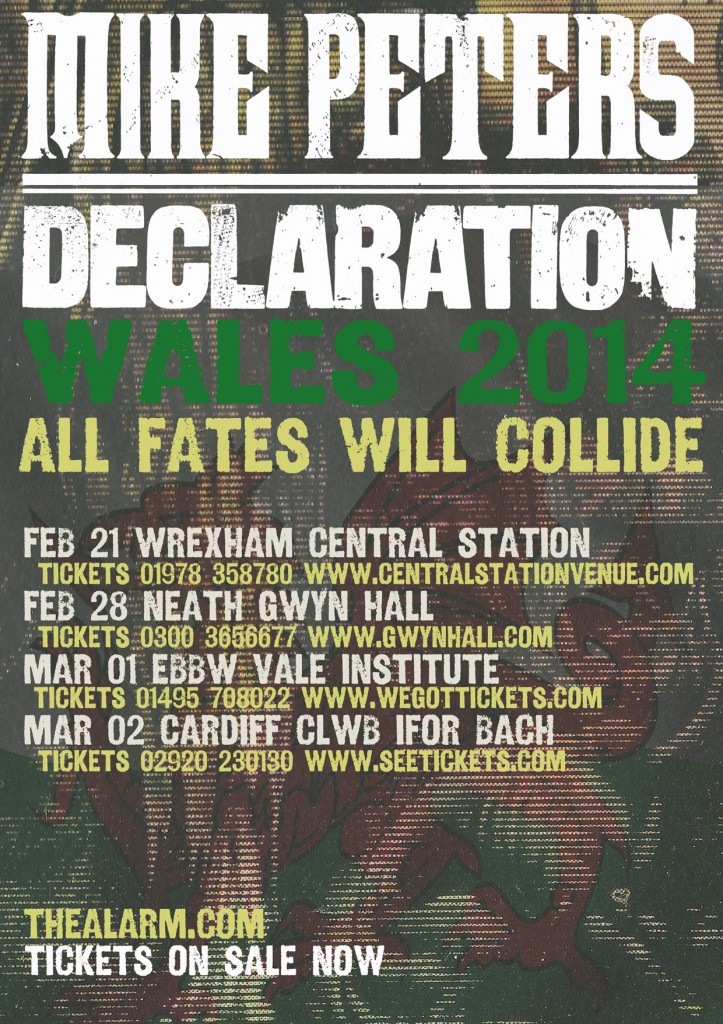 Mike Peters Declaration Tour is proud to announce the following shows in Wales.

Tickets for these new dates are on sale now.

Tickets are currently on sale for all shows at various ticket outlets including:

Tickets are on sale now at the following outlets: