The final show of Mike Peters eventful Strength Tour of California takes place tonight at the Fender Centre in Corona and as soon as the last chord fades away the focus will switch back to the UK for an amazing final run of ‘Strength’ shows which are all now virtually sold out with only a few tickets remaining for York, Manchester and Chester.

Upon his return to Britain, Mike Peters will be performing the first ‘Spirit Of ’86’ show at the legendary Cavern Club in Liverpool which sold out within days of tickets going on sale, the show is also being filmed for future release.

The Saturday night April 18th show at the Institute in Ebbw Vale is also completely Sold Out with only a very few tickets remaining for Friday nights April 17th concert at the Duchess in York.

May 1st will see the second of the ‘Spirit Of ’86’ concerts at the 100 Club in London which also sold out in double quick time with another sell out the following night May 2nd at The Globe Theatre in Cardiff.

The Strength Tour 2015 in the UK been a phenomenal success featuring 13 sell out shows to date and all of us at www.thealarm.com want to thank everyone for such amazing support and look forward to seeing you on the remaining dates. 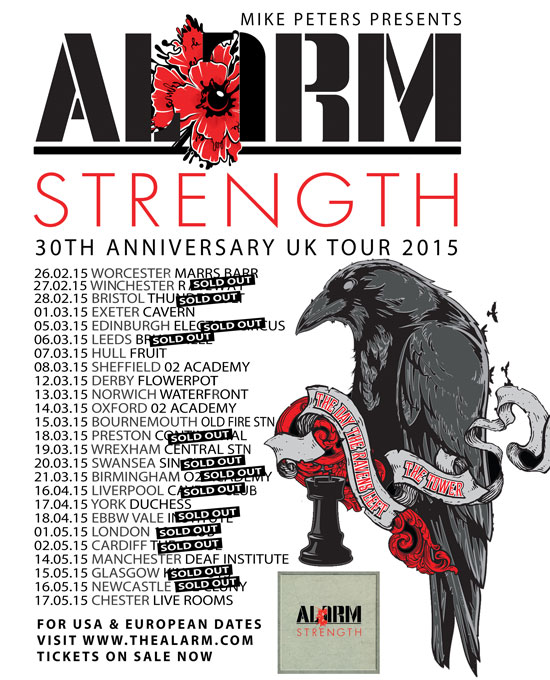