A Limited Edition Framed Print of the official lyrics represented on the original 1987 ‘Eye Of The Hurricane’ album will be on sale at the five SOLD OUT Norwegian Church concerts in Cardiff all this week.

The unique artwork has been commissioned and signed by Mike Peters from a new original created by illustrator Dan Shearn and featuring the lyrics as originally revealed on the ‘Eye Of The Hurricane’ inner sleeve in 1987. 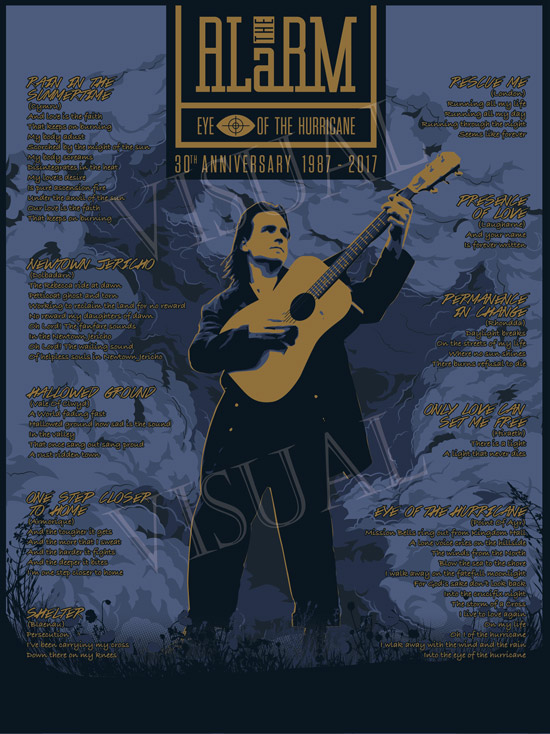 “When ‘Hurricane’ was first released”, said Mike Peters, “I felt that by only including a short phrase of wording from each song, it would serve to enhance the mystery that is still at the heart of what to me, is the most personal of Alarm albums. I wanted to commemorate the record’s anniversary with a celebration of those words, and sent some ideas to Dan, including photos from my 1986 journey of self discovery throughout Wales. The photo Dan chose to depict was taken at Dolwyddelan Castle, Conwy.”

The full and complete lyrics from ‘Eye Of The Hurricane’ are published today at www.thealarm.com for the first time (see below). 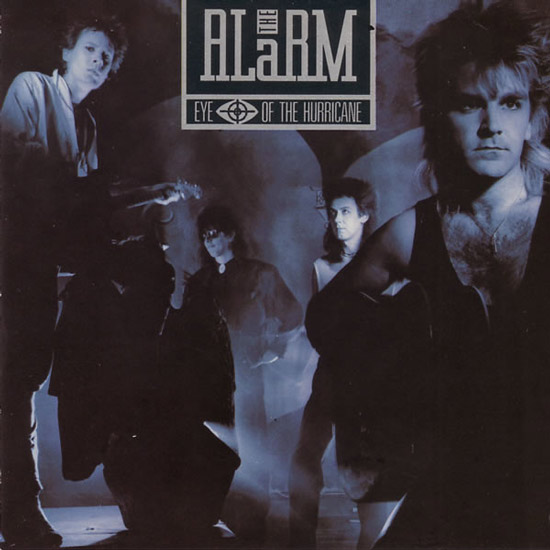 All those who have been lucky enough to get tickets for the ‘Eye Of The Hurricane – 30th Anniversary’ concert series with Mike Peters at the Norwegian Church, Cardiff, will also receive a printed A4 commemorative event poster created by the artist Dan Shearn. 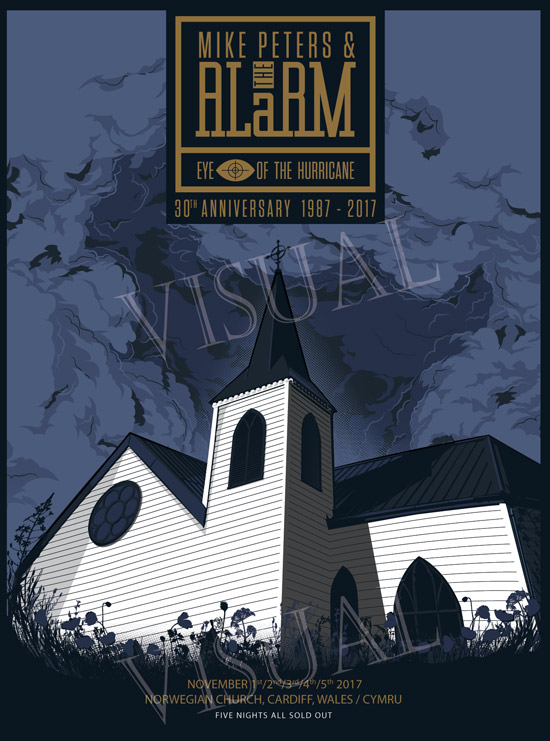