With so much happening in The Alarm world right now, Mike Peters will be chatting live with Jules Peters in The Alarm Central pub tonight at 8pm UK. Topics up for discussion include, the imminent release of History Repeating, the Offa’s Dyke Rocks hike, Red Wall Of Cymru song for EURO 2020 and also further news about the forthcoming virtual 40th Anniversary shows which were fist mentioned by Mike during last week’s session. Tonight, we will have the first ever reveal of the History Repeating Double LP sleeve and limited edition 7″ single of Unsafe Building and Up for Murder.

This week in The Alarm Central,  we have begun adding the ultra-rare Alarmstock sessions into the audio section, beginning with the first set of songs originally released under the banner ‘THE START OF THE BEGINNING‘,  we have also added the first of the In The Poppy Fields Bond CD’s along with the hard to find Mike Peters Collected Works album from 2001.

The Alarm Central is now the only place online to watch both seasons of the original BIG NIGHT IN lockdown shows (22 Episodes and over 44 hours of original Alarm / Mike Peters related programming), along with a host of other Alarm related feature films including THE WHITE COUNT, which documents the moving story of Blood Red Viral Black and the Alarm’s cult classic VINYL, starring Phill Daniels (Quadrophenia), and Keith Allen.

Mike and Jules look forward to seeing you in the virtual pub tonight, taking questions, talking music and all future alarm events.

The Alarm Central is FREE to join when watching ‘LIVE’. 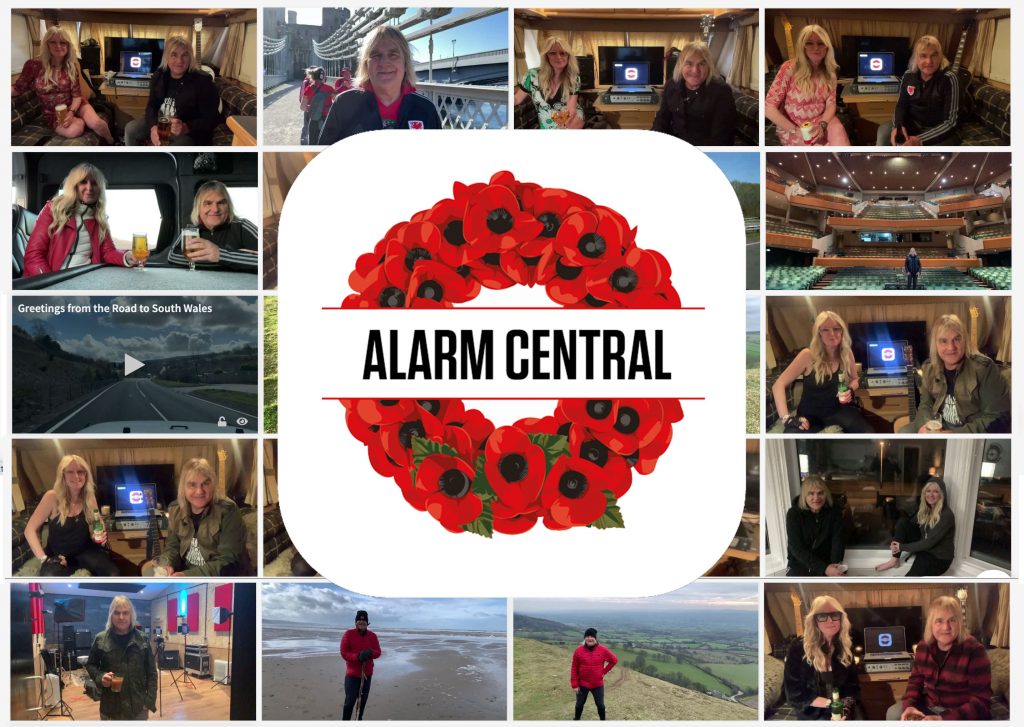