It’s Sunday morning here in Wales, and I’m writing to let you know that I have been making steady progress with the new chemotherapy treatment Venetoclax.

Last  Wednesday, I attended Clinic at the Day Unit at the North Wales Cancer Treatment Centre. It was here in 2005, that I received my first ever chemotherapies – Cyclophosphamide, Vincristine and Prednisolone (CVP); that are almost considered barbaric by today’s standards in treating Leukaemia (CLL).

A lot has changed since I was first admitted for treatment in 2005. As soon as I arrived at the entrance of Heulwen Ward, it was made clear that I had to attend alone, so Jules and I had to say goodbye at the door. I’m used to having her by my side. 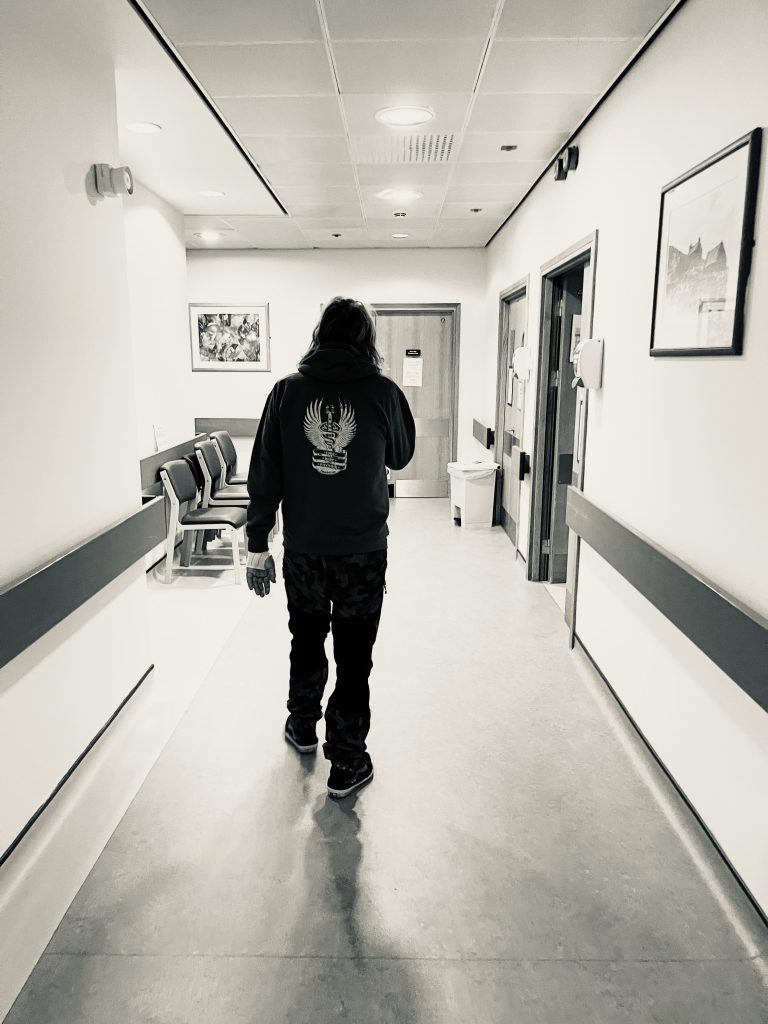 The first part of the procedure happened in what was once the (pre-pandemic), patient waiting area, and I was asked to give my name, D.O.B. and first line of my home address. The nurse then took my blood pressure and temperature and also measured my height and weight.

I was then led through to the main ward, and into the Eira Suite. The Eira Suite was opened by ‘yours truly’ in 2009, after Love Hope Strength gave significant funds (raised during those early Snowdon Rocks hikes), towards the development and construction of the suite. 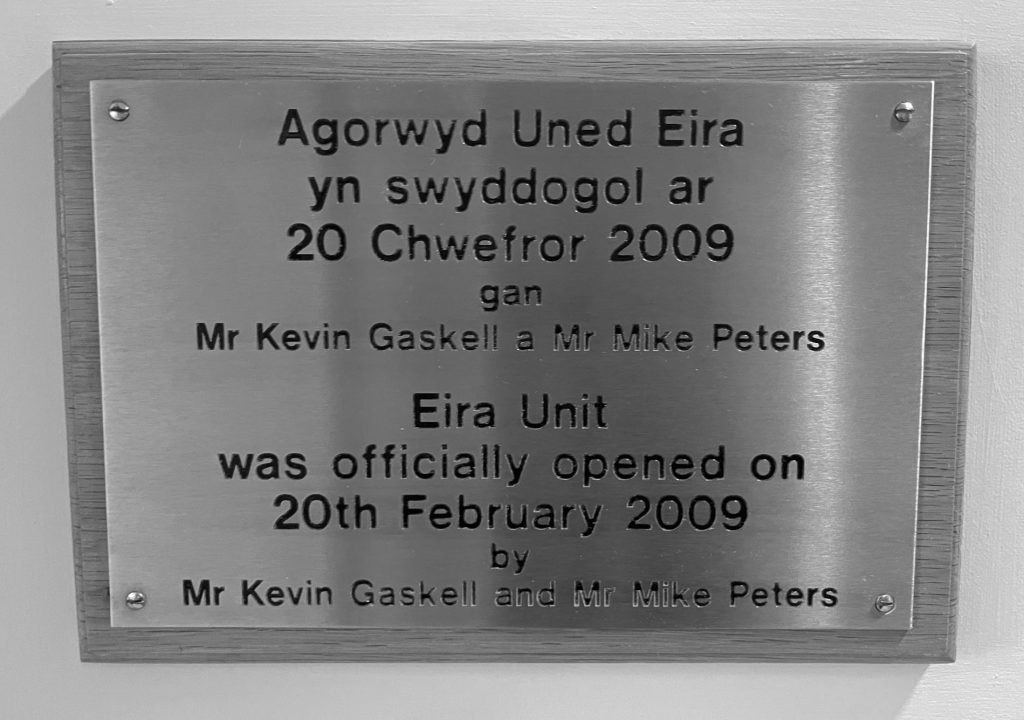 It was strange walking in through the doors knowing I was now about to receive treatment in a frontline nursing environment that Love Hope Strength has actively sought to support ever since our charity was founded in 2007.

I was soon wired up to the IV by Nurse Honeybun (Honestly….), and given Rasburicase treatment to protect my kidneys before being exposed to a new dosage of Venetoclax, moving up from 50mg to 100mg. My blood count was taken later that evening and miraculously it was at 22 (down from the 200+ count that was recorded when I was first taken into hospital a month ago).

I was asked to give blood the next morning, and by the afternoon my white count was down further to 15! The doctors explained that in their opinion, I was responding really well to the new treatments and by the time I get to the 400mg stage of Venetoclax, I should hopefully be looking at a normal white blood count  (between 5-11), once again.

I certainly feel a lot better within myself, and have been taking some gentle walks with Jules to help build up my strength. I do feel the effects of the chemo for a few days after each increase in dosage, and my body is constantly sending me messages to not overdo things. I did fire up the guitar on Saturday though and managed an hour of singing, which was therapeutic and I even took on and reached, some of the high notes that occur during a full on Alarm show! The future is looking a lot more positive than it was just over a m0nth ago, that’s for sure! Plus Jules is finally able to start a much needed exhale…..

This week I am back in the Heulwen Day Unit on Wednesday, and on Friday I will be heading to Llandudno Hospital for the second of my monthly Immunoglobulin Therapy (IVIG) sessions which will run every four weeks for the foreseeable future. The sessions will involve a full day on the unit where I will be monitored throughout for any reactive signs to this incredible breakthrough treatment that I am fortunate to have been granted access to.

I have to say “Thanks again”, to each and everyone of you for continued support and well wishes, I have received masses of emails, social media messages, cards, hampers and even beer, courtesy of the Deeside boys (I’ll be saving them for my eventual recovery celebration!) I also need to thank Jules for being by my side throughout keeping my spirits up through her eternal sense of humour and constant empathy. I would definitely not be here without her!

I can’t wait to see you all on January 27th at The Gathering, there’s still a long way to go but it will be so good to be back and hopefully firing on all cylinders.