Snow on the motorway as we leave Manchester bound for the ‘Pool. Couple of hours in hotel catching up on some dedicated lyrics and other ‘Alarm’ related projects and then over for the soundcheck. 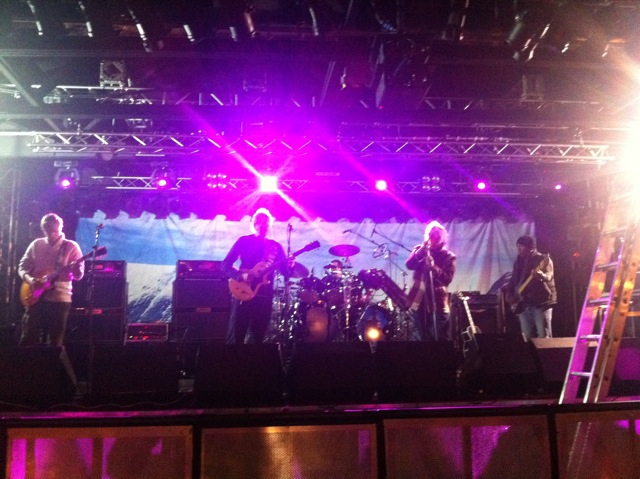 I like to stay at the venue once soundcheck is over to get a feel for the vibe the crowd always bring with them to each show. 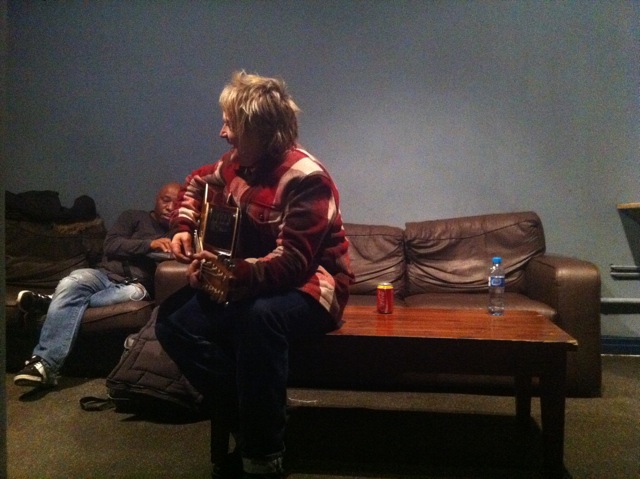 I like to wander through the venue and try and ‘see it’ how the audience will ‘experience it’ when they come through the doors. I stop by the merch stall and check the banners for the ‘Ben Nevis / Snowdon Rocks’ events and see if Willie has enough fliers to give out. 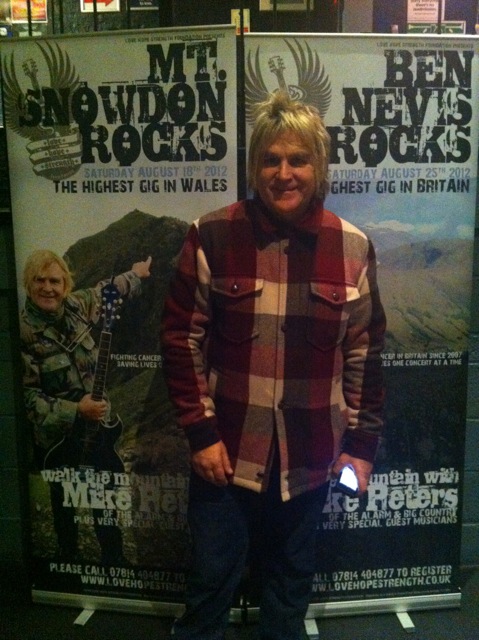 All the BC fans will know that this is ‘Oor Wullie’….. 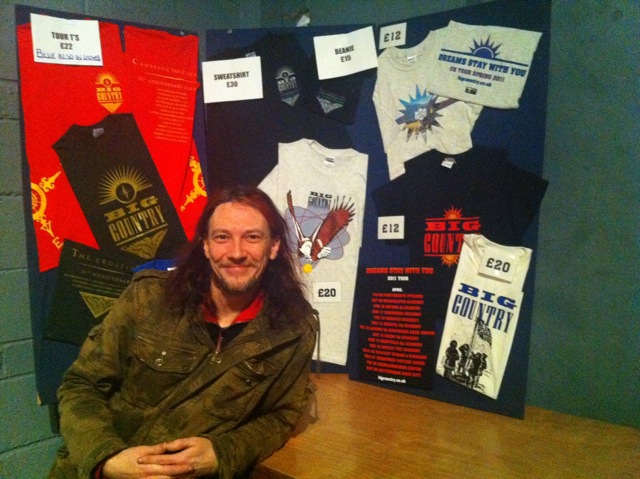 Mark B and I get the beginnings of a new song going while we are stood in the middle of the venue and with no words, we still attempt some rough harmonies using BC classic words like ‘Fire’, ‘Mountainside’ and ‘Alive’ at the crucial peaks in the fledgling melody. We sit down on the steps and record the moment on the iPhone internal memo recorder which is a very handy tool for capturing these moments of spontaneity. 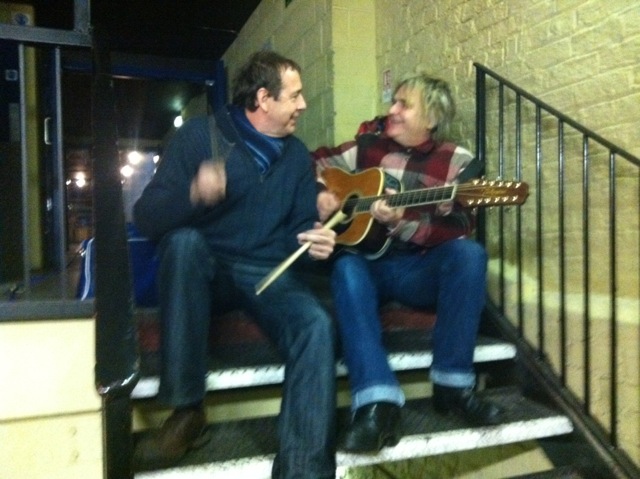 Made up a pre-gig music playlist of songs to be played over the public address system before the band kicks in and then chat with Jules about the fact that The Gathering tickets go on sale on Monday and make some decisions about 2013 which seems so far away, but from experience, will actually be upon us before we know it. 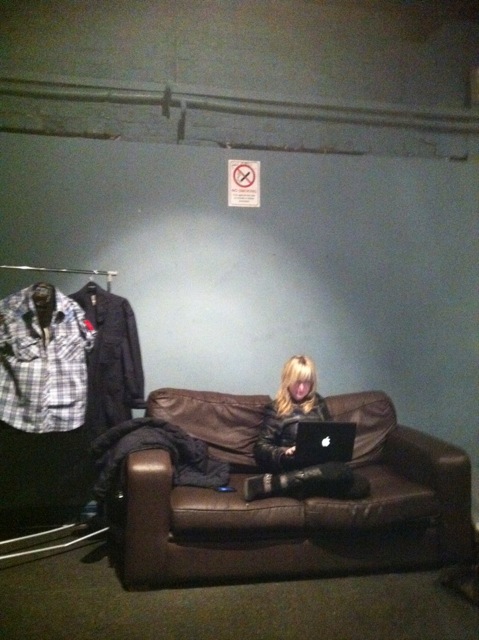 Missed out on introducing ‘Gun’ tonight although Bruce Watson watched them from the side of the stage and thought they were great. 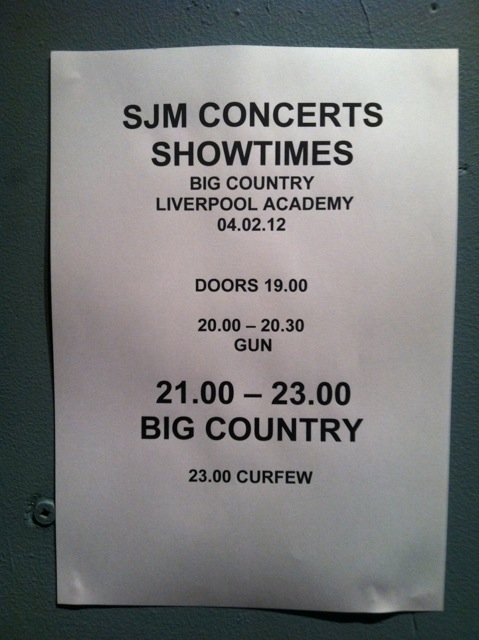 Mark B is cutting the sleeves off his shirt and poses for a great photo that Jules captures on her iPhone. 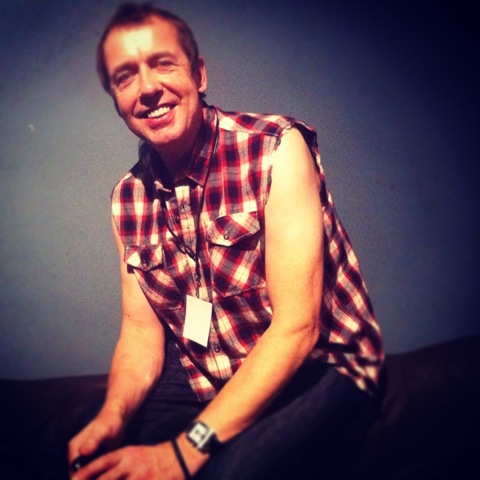 Tony has his shirt off but the collars of his shirt will be pointing ‘up’ tonight which means business. 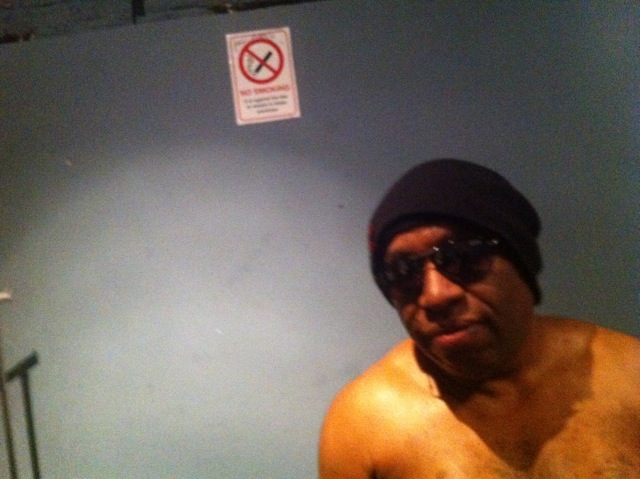 Bruce and Jamie are practising and warming up their guitar fingers in the tune up room (I really admire this part of their pre gig process), no one touches the alcohol prior too (or during), the show and the focus is solely on delivering a performance of quality every night. I busy myself making the ‘Honey And Lemon’ drink that keeps my voice lubricated during the show. 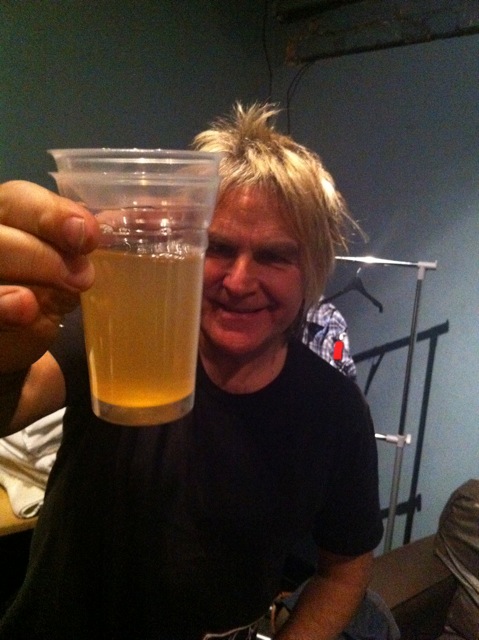 Manage to grab s shot on the ramp before hitting the stage and then it’s lights down and action stations. Nb: Tony’s Collars are ‘UP’. 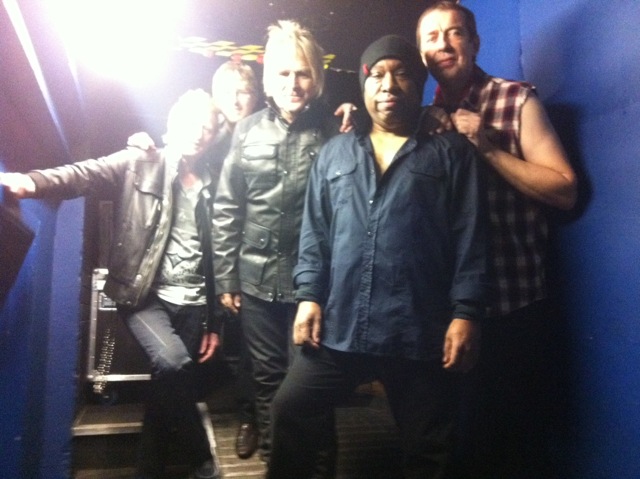 Sound is great on stage and the audience are ‘up’ for it from the off.

Have a bit of drum interplay at the back of the stage with Mark B during ‘Balcony’ tonight and when the 100 metre dash between Inwards and Chance occurs I almost forget the guitar (and the microphone), I’m still walking through the people when I hear Bruce strike up the intro and just manage to get into position for the opening line “All the rain came down on a cold new town”…… (wonder where that ‘new’ town was / is that Stuart describes here???). It’s another brilliant moment being in amongst it for ‘Chance’ and the sound of all the people singing together is something else. In between set and encore I hear the crowd singing ‘Hear We Go, Hear We Go’ which is a sign that all is as it should be. 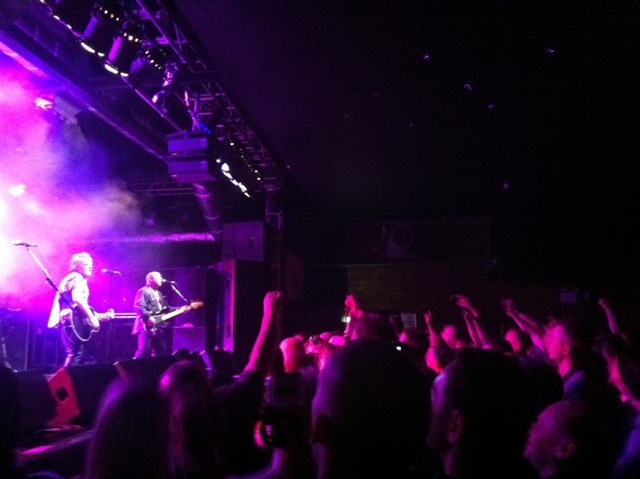 I wish I’d known that this date marked the actual 30th anniversary of the first ever show played as ‘Big Country’ in Glen Pavilion, Dunfermline back in 1982, but hey ho! A great atmosphere in dressing room after show, lots and lots of laughs. Quick meet and greet up on the ‘Balcony’, and say hi to Clive (The Rock n Roll Tailor). Photos in the street with some of the fans and say my goodbye’s to Jules who heads back to Wales with Berwyn and Delyth 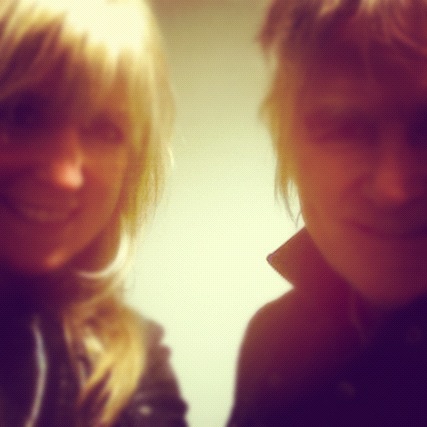 and then back to hotel where I end up in a two hour Birthday celebration phone conversation with Spike from the Quireboys (God Bless Him)….. Goodnight!