Mike Peters has personally created a brand new commemorative 40th Anniversary Red Poppy T-Shirt that is made up of the 400+ song titles and significant lyrics that have evolved during his time as The Alarm’s principal songwriter and lyricist since penning Unsafe Building back in 1981.

Mike has also officially commissioned a giant Red Poppy Alarm Flag measuring 12′ x 8′ which fans will be encouraged to sign during the forthcoming 40th Anniversary Tour. 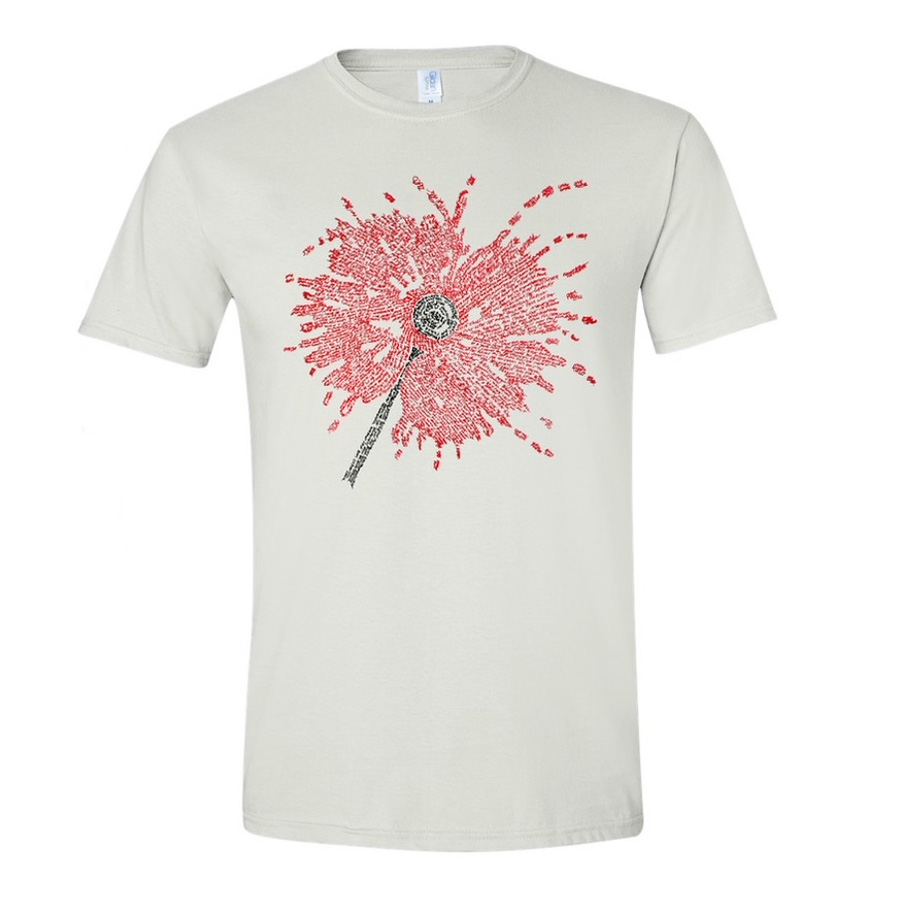 “This is the year of the Red Poppy”, states Mike Peters.“40 years ago the original symbol (first created by graphic artist Robert Olsen), appeared on the Marching On single sleeve and has been with us in one shape or another, ever since. For 2022, I wanted to create a fresh image with the classic look and so, taking inspiration from a Black and White Poppy T-Shirt created during the Absolute Tour era, I literally spent hours filling the iconic original shape with the words from all the song titles associated with The Alarm. Some songs are represented by the title alone, while others feature a significant line or two from the song and range from Unsafe Building to the present day. It was a real labour of love, and I thought it was a special way to commemorate and bring together, these two most significant 40th Anniversary events – the birth  of the band and the symbol that has come to define our community – the Red Poppy.”. In order to avoid the lines at the merch stand, fans can purchase these commemorative T-shirts immediately from the store along with a brand new Black Tour T-Shirt that features The Alarm / Red Poppy Logo and Tour dates, ready to be worn at the concerts in March / April and beyond. The recently commissioned Giant Commemorative Red Poppy flag will be presented in the foyer of all the shows where the Alarm’s music will be heard, beginning at Rhyl Town Hall on  March 11th 2022, and at every show until the finale concert at St. David’s Hall, Cardiff on April 15th 2023. Fans are encouraged to sign the flag with their name and / or names of loved ones onto the material. 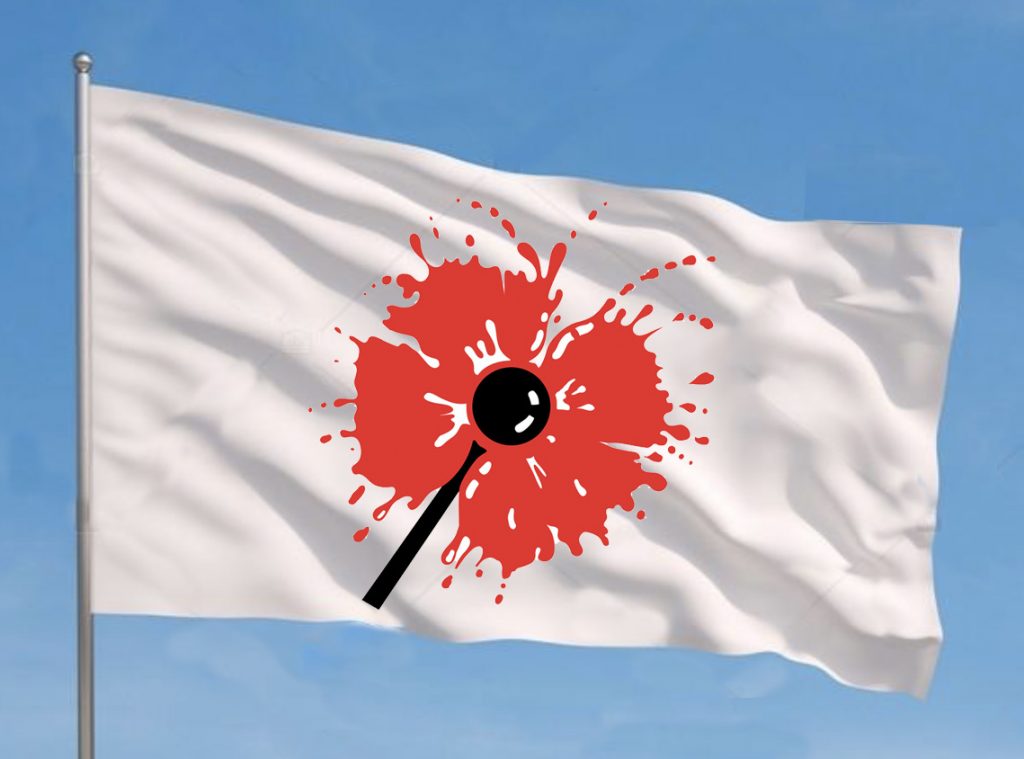 “I’m hoping that this will be a permanentway to remember all those who have travelled through life with the Alarm at various moments in time – past, present and future”, says Mike Peters, “We have come through extraordinary times together, and survived all kinds of trials and tribulations to still be here in 2022. It is my hope that this Red Poppy flag (which has become the symbol of our community), will collect the names and spirit of all those people who have lived and loved special moments with The Alarm’s music, and like the prayer flags I took to Everest in 2007, fly until it is blown away by the wind at The Alarm Sanctuary in North Wales.”

The Red Poppy Flag will be presented at each show starting from March 11th 2022 and appropriate writing materials will be supplied at each event for fans to add names to the flag as it travels around the world over the course of the next calendar year.