By now some of you may have read the Wales Online news story about my current health situation.

I’ve been meaning to write for sometime and was hoping to share latest developments after the Wales Millennium Centre show on October 10th but unfortunately, life has taken over my best intentions and brought things to a head.

I’m sorry to have to write that during the summer on June 23rd (following an incredibly successful Snowdon Rocks event). I was found to have relapsed with Chronic Lymphocytic Leukaemia.

At the regular consultation with Dr. Edwards, my blood count had doubled and shown an aggression not seen in my previous medical history.

Obviously, it came as a massive shock to both Jules and I, especially, as I was feeling super fit and about to undertake six nights on Broadway in New York, followed closely by the Strength North American Tour.

Dr. Edwards also informed me that he wanted to rule out the conventional Rituximab treatment (that I have depended on since 2005) and also warned against treating the relapse with a normal second stage treatment involving the Fludarabine chemotherapy agent, as he felt that it may have implications further down the line.

There was talk of a stem cell transplant and even advice from the team who gave me a second opinion in the USA at the Baylor Institute, that this might be the time to consider that option.

Luckily, Dr. Edwards has always had mine and my family’s best interests at heart and decided that it was still too drastic and dangerous a step to take the transplant route at this stage of my life. Dr. Edwards asked for some time to consider the next step. It was a very scary and unsettling period to walk out of the hospital and left waiting for a decision. Luckily I was at home with Jules and the boys during this period of uncertainty which was a great comfort.

Matters came to a head, when Dr. Edwards called to say he wanted to try and get me accepted on to a new Clinical Trial that is being run in the UK on the drug Ibrutinib (which I have written about before in my 2013 blog). Ibrutinib has potential to be an amazing drug for Leukaemia patients in the future, but sadly I could not get on this trial as the criteria for selection was for newly diagnosed patients only.

Undeterred, Dr. Edwards appealed to a US pharmaceutical company called Gilead who were running a trial through a British agency on another new drug called Idelalisib. Dr. Edwards made the appeal on compassionate grounds and Jules and I were both relieved when Dr. Edwards wrote to say I had been accepted.

All through this period, my blood count has been rising, and once again I appealed to my good Doctor’s nature that I be allowed to complete the touring schedule in the diary which included the North American Strength Tour and the 30th Anniversary celebrations culminating at the Wales Millennium Centre, Cardiff on 10.10.15.

Dr. Edwards once again, acquiesced to my appeal as long as I agreed to regular blood checks and on the understanding that if things got out of hand, then I would agree to follow his advice on the treatment schedule.

The good news is that, as of this week (Tuesday), my white count has stayed just below the threshold which would mean starting treatment before the Wales Millennium Centre concert.

However, on Monday morning following the concert (which obviously takes on an even greater significance), I will be in the Alaw Unit first thing, for some low intensity immunotherapy infusions and embarking on the clinical trial experiment with Idelalisib. Idelalisib is an oral drug involving a twice daily intake. I’m hoping to avoid the side effects which I have been warned may affect my day to day, especially as I want to use this time constructively and continue the work I began in New York, with the recording of an album of brand new songs.

You will be able to hear the very first seeds of the future music of Mike Peters at the conclusion of the ‘Man In The Camo Jacket‘ film which depicts our shared life and times through the story of Mike Peters, The Alarm and Love Hope Strength. I am proud to say that the production company – Kaleidoscope Pictures have allowed the film to be ‘sneak previewed’ (even though it’s not quite finished yet), ahead of the concert on Saturday 10th October and grateful to director Russ Kendall, Producer James Chippendale and and the team at Kaleidoscope pictures for affording us this opportunity.

I did have the chance to watch the film in Utah last week but decided against it, as I wanted to see it for the very first time with Jules and the boys together as a family, and so I will be taking my place in the WMC with all of you who attend, to see it with my own eyes. From what I can gather, I don’t know if I will be able to watch it without emotion and so be prepared……. as tears will surely flow.

The concert that will follow will now be even more precious than anyone could ever have imagined when tickets first went on sale. All I know is that I will sing the songs like never before as my entire being depends and belongs within the DNA of this music.

I will never give up without a fight. 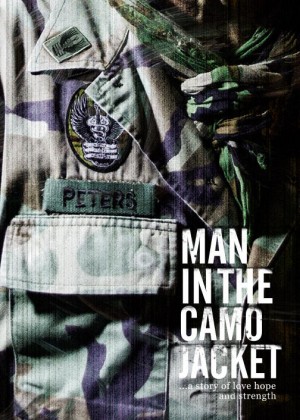