Their donations come as two Welsh rock icons, The Alarm’s Mike Peters and Amen Corner frontman Andy Fairweather Low, have been added to the show at The Pop Factory in Porth on Saturday, March 14.

They will appear alongside the previously announced James Dean Bradfield and Amy Wadge at the charity gig put together by Emyr Afan, CEO of media and events company Avanti.

Mike Peters said: “The minute Em called I had seen the pictures on the TV and said without hesitation I’ll be there. I had the same experience 30 years ago around the Towyn floods whilst touring in Scandinavia and we rushed back home to raise funds the only way we know we can. Coming home to the iconic Pop Factory will give an added edge of excitement as we always loved playing there back in the day.”

An auction will be held between the acts that includes many prized items.

∙ The guitar which James Dean Bradfield will use during his Valley Aid set, with on body artwork by Manics’ bandmate Nicky Wire

∙ 2 x tickets to Robert Plant’s Saving Grace show on 19th March in Tenby, along with a Meet & Greet, overnight stay in Tenby and a personally signed deluxe box set of Physical Graffiti and his latest two solo albums ‘Carry Fire’ and ‘Lullaby and the Ceaseless Roar’

To close the event, a specially assembled live band will take to the stage.

Tickets go on sale on Sunday at 10am via See Tickets www.seetickets.com/tour/valley-aid

And more details as announced on www.valleyaid.co.uk/ 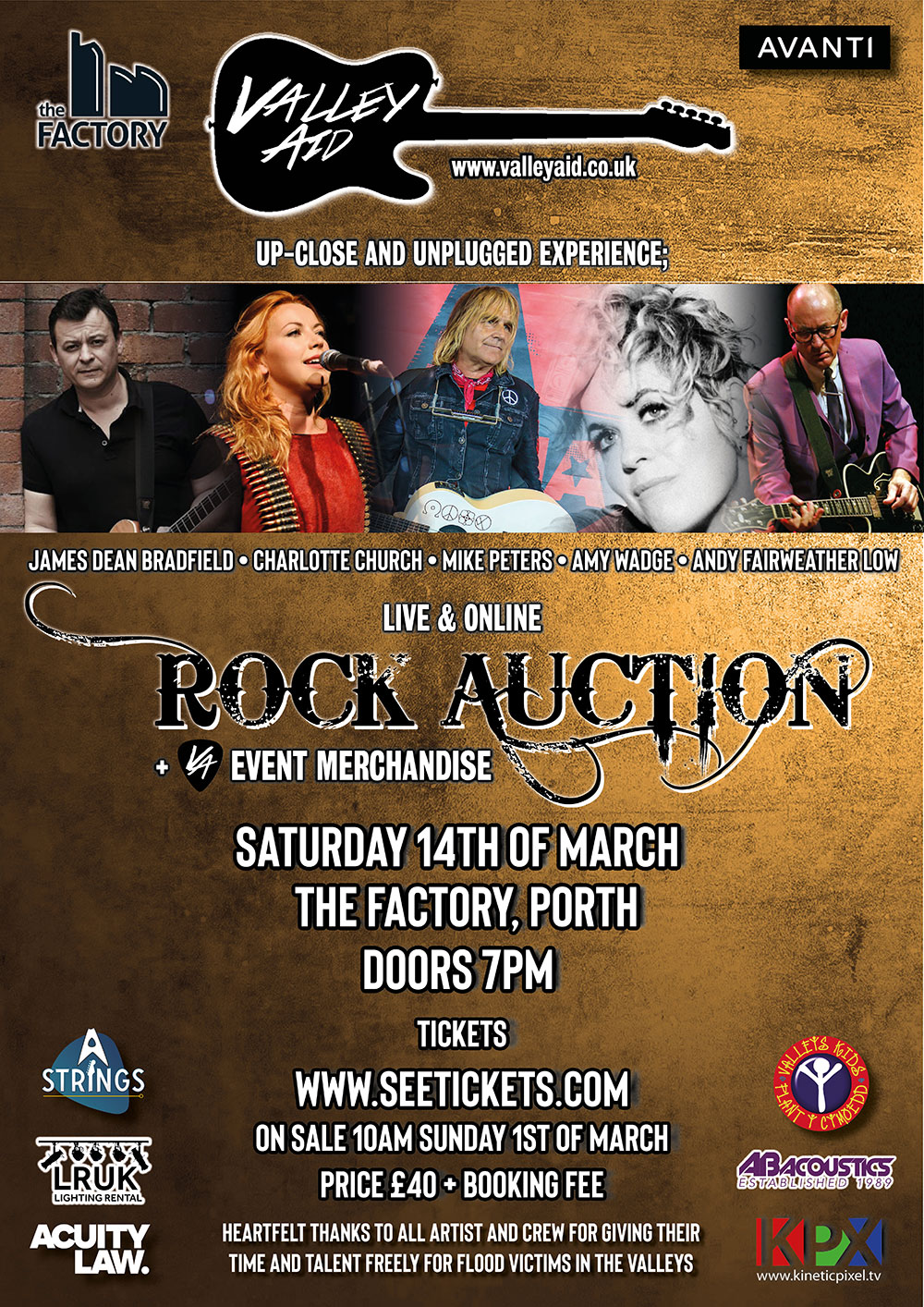