The Alarm 40th Anniversary Tour for 2022 is now finalised and featuring a comprehensive itinerary of 22 British dates (see below for all ticket information and links to purchase).

We are also pleased to confirm that our very, very special guest – Dave Sharp will be appearing on all dates from January 21st onwards.

Five of the 22 shows are already SOLD OUT with the last remaining tickets for Birmingham Insitiute being snapped up this week.

“It’s going to be an incredible tour and for the first time in over two years, fans will be able to see the band live in concert.” enthuses Mike Peters. “This British tour promises to be one of the most important events in The Alarm’s career, especially as the world and humanity itself, recovers from the stark times imposed by the pandemic. Now is the time to come back into the light – together, and celebrate 40 years of The Alarm music in 2022 and beyond.”

“This is the news all of us in The Alarm community have been waiting for” says Mike Peters. “The return of The Alarm to UK stages has been long awaited and it’s exciting to announce these new dates at such an exciting time as we come together to celebrate The Alarm’s 40th Anniversary. I look forward to announcing more dates including events for the USA and Europe in the near future.” 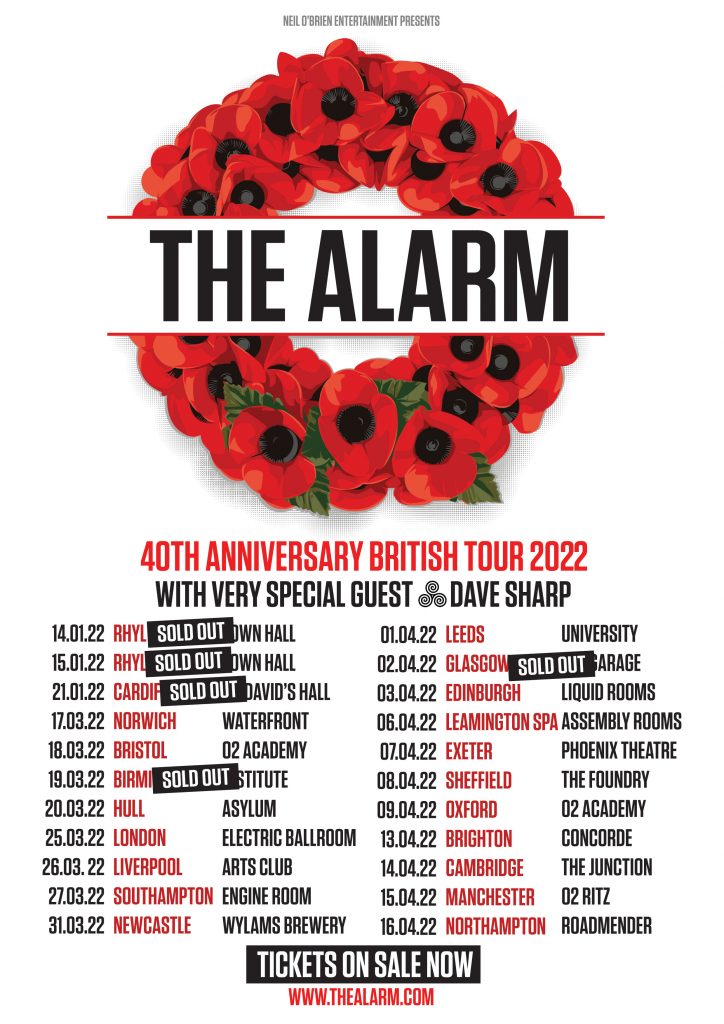 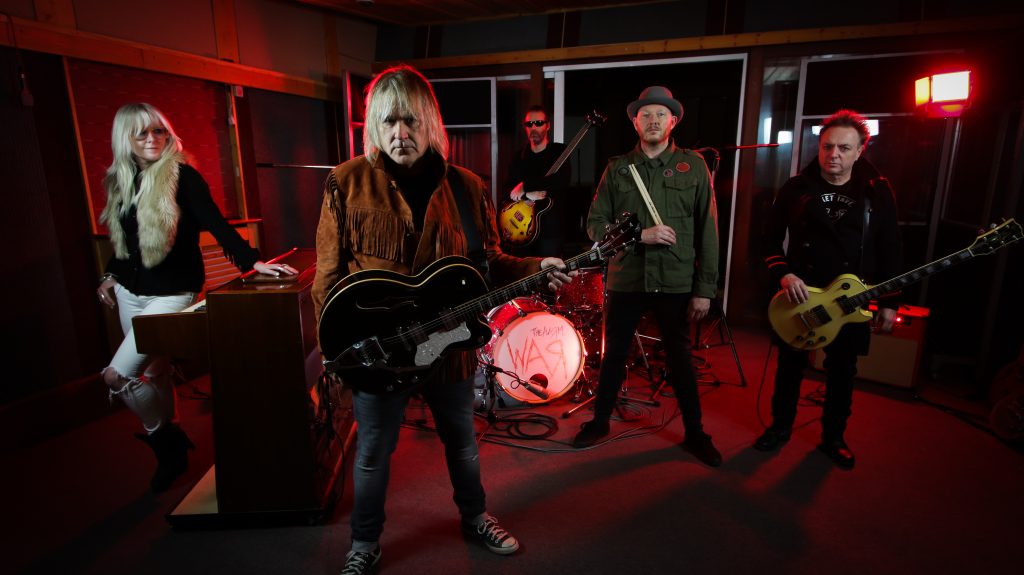 The Alarm will release the History Repeating 44 track CD Anthology and 27 track Double LP Edition featuring all the band’s biggest singles and greatest songs into record stores around the world on October 15th 2021..

For the remainder of 2021, Mike Peters will continue to host the already legendary Alarm Staycation weekend experiences from his home village of Dyserth while together with Jules Peters, continuing to tell the remarkable Story of The Alarm via the Big Night In Season 3.

The Big Night In Season 3 is being watched by Alarm fans all over the world every Saturday evening from 10pm UK,  and has already featured some incredible live footage, revealing stories and special guest appearances including a first ever screening of the long lost footage of The Alarm making it’s first ever TV appearance.

“The Staycation events have been beyond successful”, says Mike. “To be in the company of ‘Alarm Fams’ all weekend long, and to share in and hear stories of their unwavering commitment to the songs that hvve inspired and shaped the lives of so many, has been humbling and uplifting. To be able to sing the songs I have poured my whole life into and to share in such intimate musical moments with them, has only increased my desire to get back out on stage with the band in 2022.”

Since the Global Lockdown began in March 2020, Mike Peters and The Alarm have managed to stay as prolifically creative as ever, with over 50+ hours of incredible Alarm related content beamed out by Mike and Jules Peters via the Big Night In.

On the recording front, Mike Peters has released the 116 song Music Will Keep US Strong 4 x CD collection, The Christmas Jukebox CD and collaborated with The Cult’s Billy Duffy to create the recently released Coloursøund II album.

The Alarm have also been involved in recording the hugely popular Christmas Gathering and Rockfield In Session internet concert experiences, and also written and recorded the official song for Wales;’ Euro 2020 Football tournament. Mike and the band have launched The Alarm Central communication platform, and also appeared live on the BBC, CNN, Sky Sports and Sky Sports News channels, not to mention the groundbreaking release of WAR that was written, recorded and released in just 50 Lockdown days.

“Being able to stay alive musically since the lockdown began, has allowed me to remain focused and mentally sharp,” reflects Mike Peters. “The Big Night In and the various musical collaborations that were enabled through the show has meant that I am totally ready and able to carry all my energy into 2022 and The Alarm’s 40th Anniversary celebrations that will follow. I know it has been an arduous time for many, many people and tensions have risen through the unprecedented periods of confinement that we have all had to face. It is my hope that we can now move forward together positively, and embrace what the new future has in store for us all. There is still so much to live for and now is the time to believe.“