thealarm.com is pleased to announce news of a very special Alarm concert in Boston, Massachusets at the Brighton Music Hall on Wednesday November 14th 2018. Tickets are on sale now 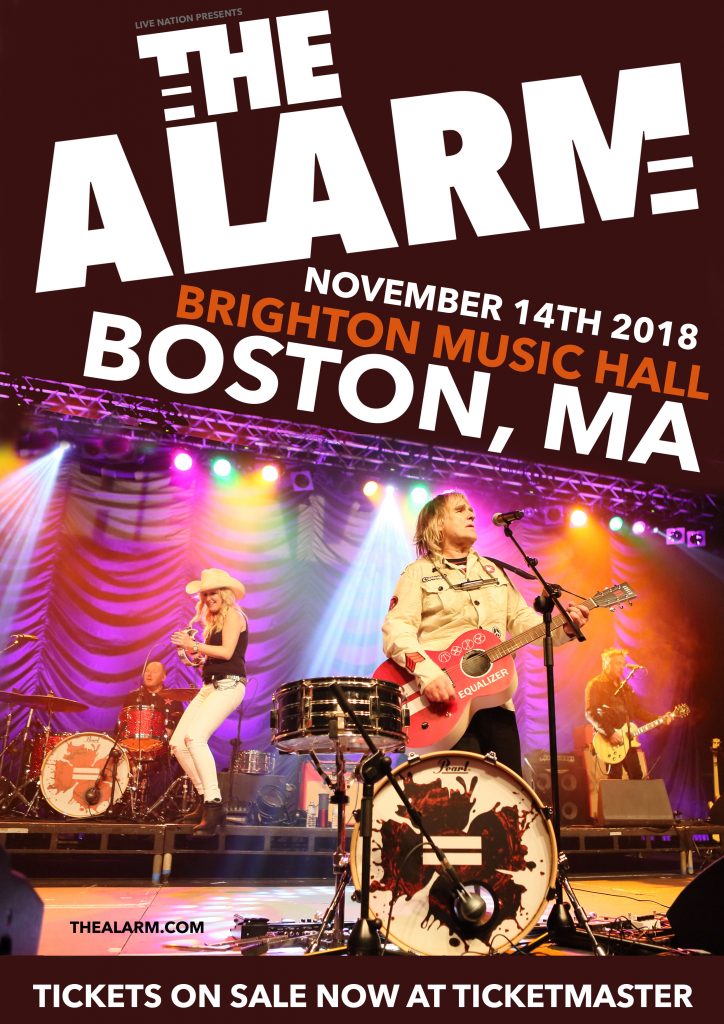 There has been a lot of calls / emails into alarm.com about why the band did not have a date in Boston during the forthcoming July / August Tour. Well now we can reveal that it was because Mike and the band wanted to save Boston for the end of the Tour, and make it an amazing night to celebrate the finale of what will have been the most extensive Alarm North American Headline tour in recent times.

Dates for part two of the tour are almost ready to be announced, including a very special date to kick the second wave of dates off that will be held somewhere on the West Coast on October 25th!!!!!! California fans, please save the date!.

The band will be pulling all the stops out to make the Brighton Music Hall show in Boston, an incredible and unforgettable night, and hope to see fans from all over the Eastern Seaboard make the trip to Massachusets and catch the band in Boston which has a special place in Alarm history, having been the location for some very special times such as the recording of ‘Electric Folklore’ at the Wang Center back in 1987, and even further back in 1983 when The Alarm were special guests at the WBCN Rumble alongside Aimee Mann and Til Tuesday.

The Alarm album EQUALS is currently in the charts on both sides of the Atlantic and receiving very favourable reviews so make sure you get a copy before the tour kicks off on July 25th. Equals is available to order now.