The Alarm have been invited to takeover the Playstation Retro Gamer playlist on Spotify. The playlist was put together by Mike Peters (see story below), and is available to listen to right here:

Play this video so that Mike Peters can ask Alexa to “Play 1980’s Retrogamer Playlist from Spotify“. 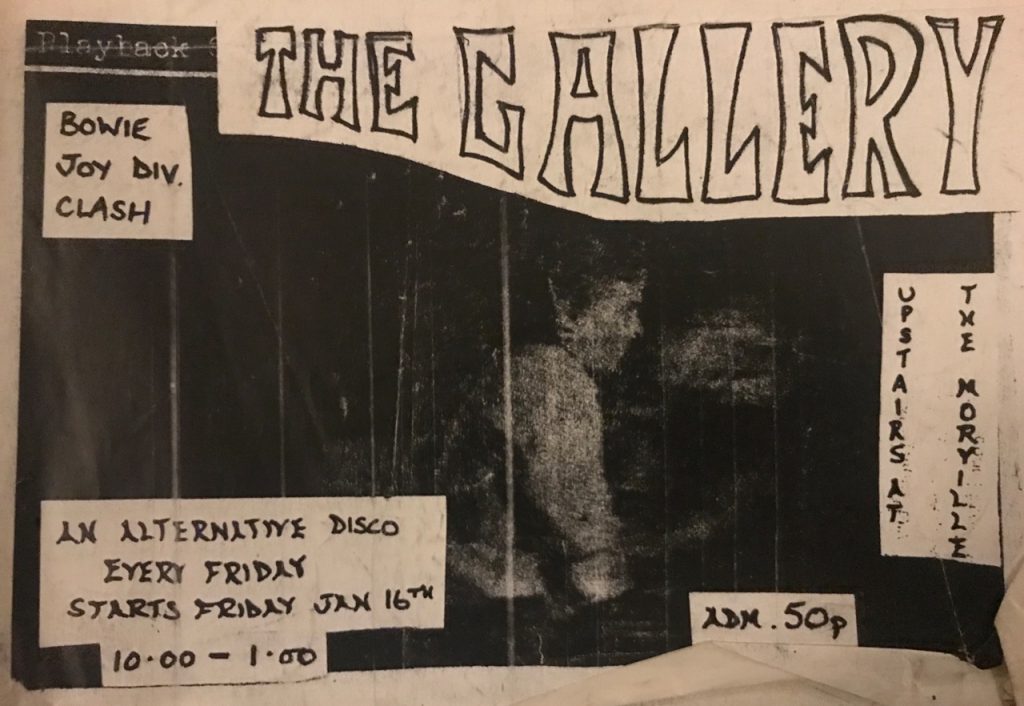 Throughout 1981, the members of a band that would come to be known as The Alarm, ran their own Saturday Night Only Dance Club called The Gallery, in a room underneath the Marina Hotel in Rhyl, North Wales. It was a place for band members and close friends like Gareth ‘Gaz Top’ Jones and John ‘Redeye’ Edwards, to D.J., play music and rehearse (as a group), during the day. It was a very creative period, that would ultimately give birth to The Alarm. A lot of very different people showed up who, all shared a love for what was then a very underground music scene. These are the tracks that would fill up the dance floor and challenge the youth of the day into action. All the songs are from requests that the audience would make. I have included the original request list that I wrote out by hand back in 1981, and the original poster from the opening night. It was electric and eclectic and mixed the likes of Joy Division and Killing Joke with a then, very underground, Spandau Ballet and Duran Duran. There was always room for the influences of Bowie and Sinatra and the Velvet Underground would lurk in the shadows alongside the Comsat Angels and The Cure. Forget space invaders, this is where the dark side of the ’80’s was born…….  Mike Peters 2018 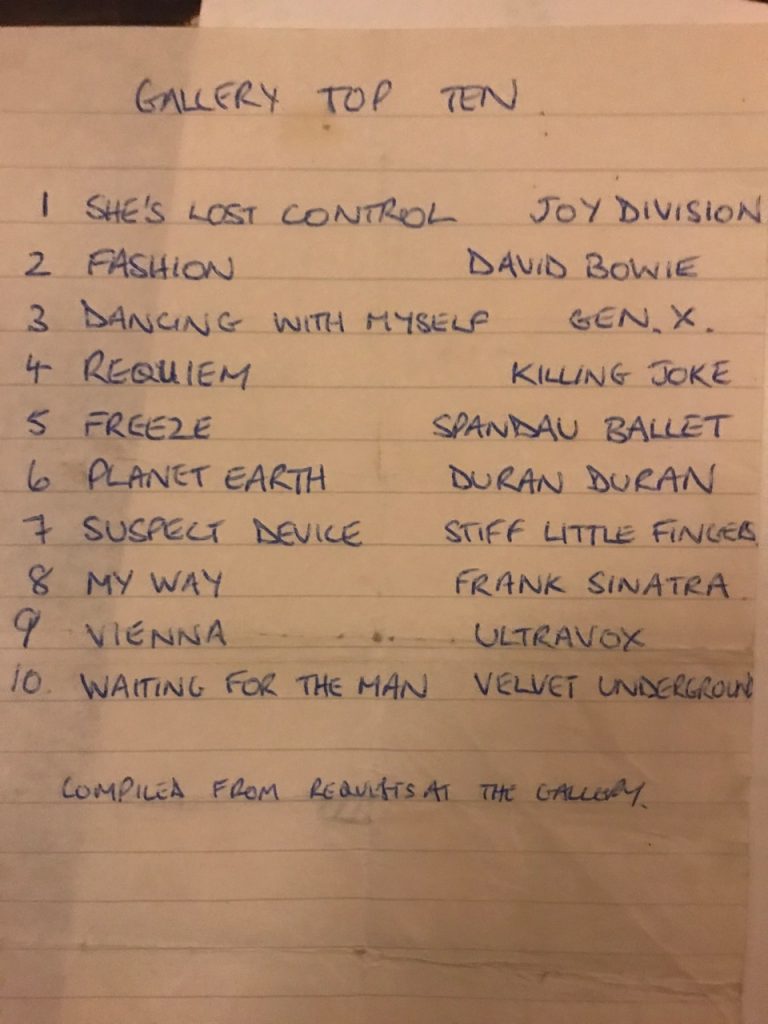 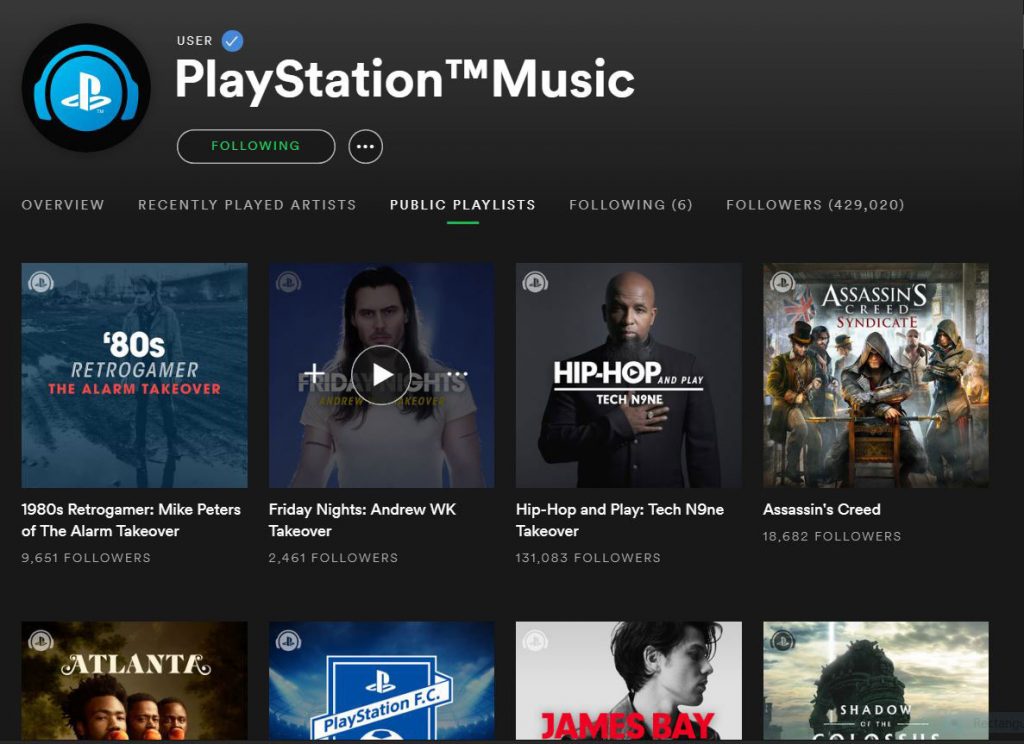