Both playlists which are released to highlight the release of both Eponymous 1981-1983 and Declaration 1984-1985 (Release date March 16th), are aimed at providing new insight into what has driven the band and it’s music through formation, reformation, renewal and regeneration.

This playlist features tracks by artists who all played a part in shaping the electro-acoustic sound of The Alarm in its formative years. Some of the artists like Joe Strummer (The Clash), Bob Dylan and Woody Guthrie would be influential on young minds searching for a way to integrate into the world, through the formation of a rock band that would have a heart and a soul. Some of the artists like Slade, Sweet and The New York Dolls would kick start future band members into action and provide the inspiration to learn musical instruments. The Sex Pistols, Dexy’s Midnight Runners, Gang Of Four and New Order gave us the conviction to put into practice, all the things we would previously only talk about. Others like The Who, Be Bop Deluxe and Jonathan Richman showed us ways to take our latent talents beyond the limitations of fumbling fingers and tied tongues. U2, Theatre Of Hate, The Sound, The Jam and Wah! Heat came into the world with us and in their own different and inimitable ways, taught us how to survive and thrive. These are the sounds that made (and are still making), The Alarm today. The music is timeless and the creativity and learning never stops. Mike Peters 2018 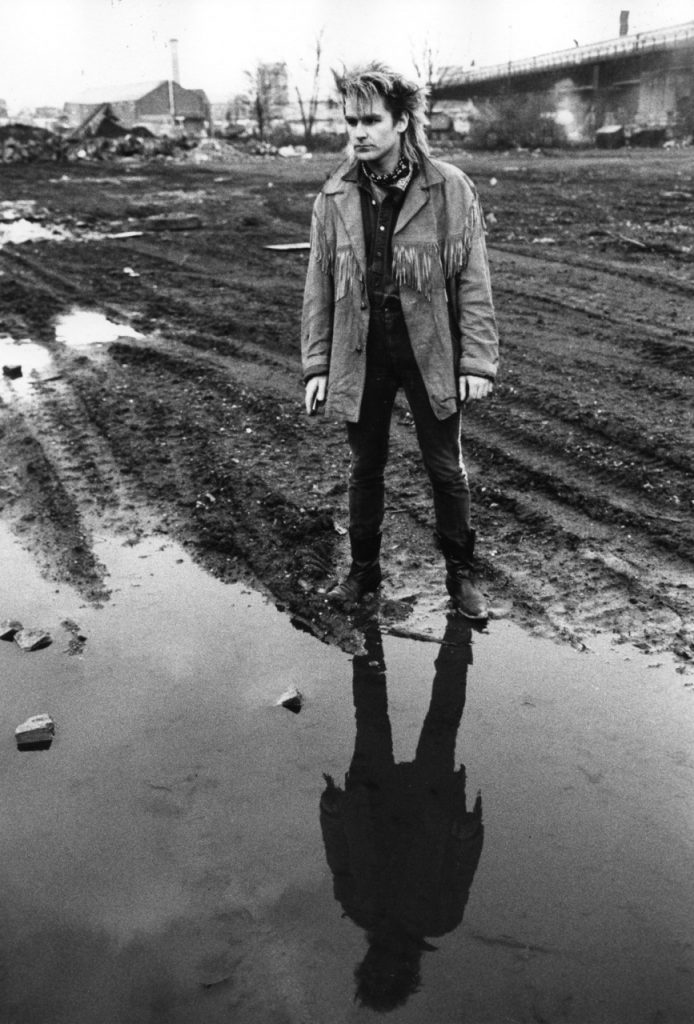