News Feed
The Alarm.com is proud to announce that Mike Peters and The Alarm will perform a pre-Glastonbury concert at Bath Komedia in Somerset on Thursday  23rd June 2016.

To get in tune for the main event and for Alarm fans who will not be able to get tickets for Glastonbury 2016 (which sold out before one act was even announced), this is a chance to get close to the Glastonbury vibe and get involved in the excitement, as The Alarm prepare for a special moment in the group’s history.

The Bath Komedia show will feature a set list that will contain all the tracks the band will play at Glastonbury and a whole lot more. 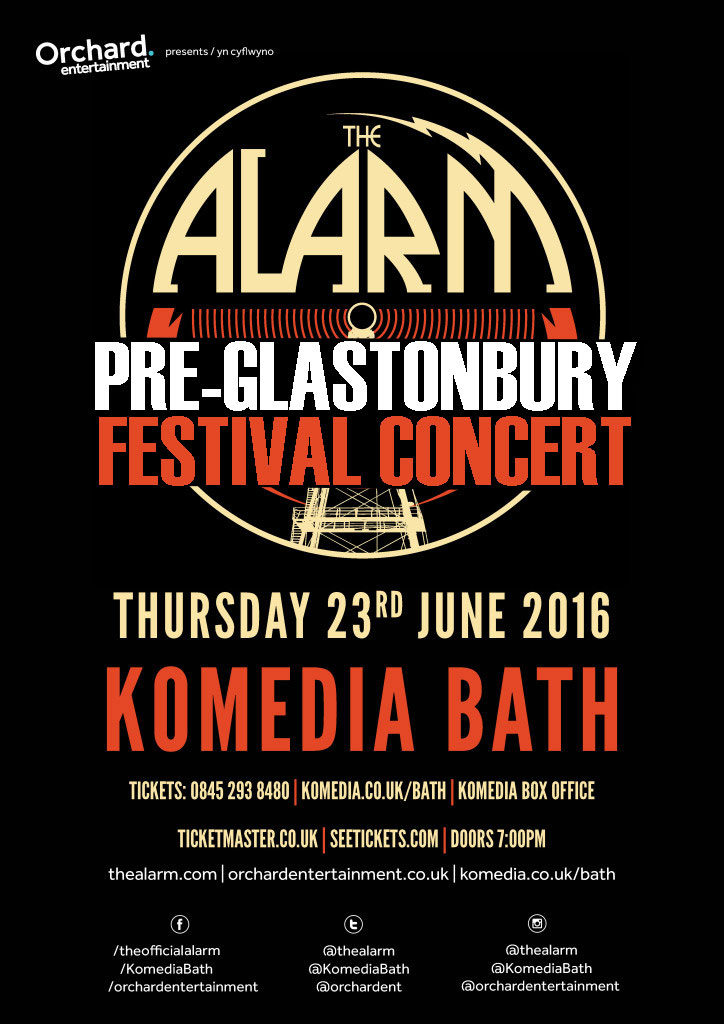 The Alarm of 2016 is a versatile modern assembly of musicians beginning and ending with founder member and lead singer Mike Peters and featuring long time keyboard player Mark Taylor with James Stevenson on guitar, Craig Adams (Bass), and Joe Strummer and The Mescalero’s former sticksman Smiley on drums. 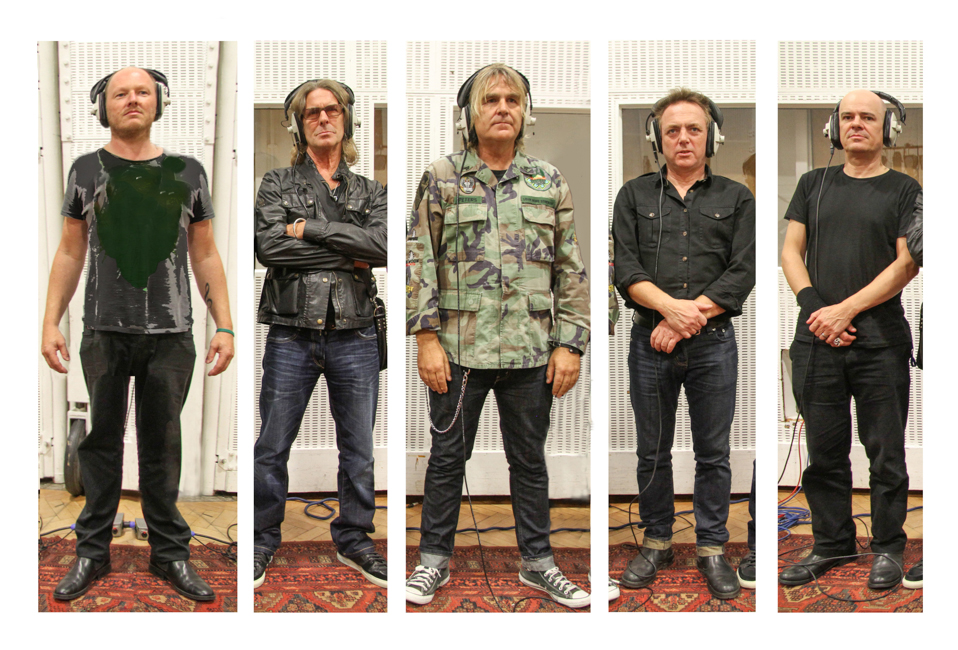 The last two years has seen a resurgence of interest in all things ‘Alarm’ following lead singer Mike Peters unique one man band presentation of the groups electro-acoustic origins. A remodelling of debut album ‘Declaration’ in 2014 was followed by a second reinterpretation of 1985’s ‘Strength’ a year later that resulted in an 18 date sell out UK tour and six night stand at the Iridium on Broadway, New York as well as dates in Japan and Australia.
In October 2015, Mike Peters and The Alarm performed a homecoming concert to a full house at Wales Millennium Centre, Cardiff with the Welsh Pops Symphony Orchestra and 2 choirs for back up. The concert film ‘Poppies Falling From The Sky’ has just had its world premiere screening and is scheduled for release on CD, DVD and LP this year.