On Friday April 12th at the Gramercy Theatre [SOLD OUT], Mike Peters and The Alarm will perform in full, the exact same setlist as presented during the famous ‘Spirit Of ’86 Concert’ that was broadcast around the world by MTV on April 12th 1986.

This anniversary concert will also coincide with the release date for The Alarm’s seminal album ‘Strength 1985-1986’ which is being remastered, reissued and made available in record stores around the world.

On Saturday April 13th [Tickets Available Here], The Alarm will perform a full and lengthy electric set at the prestigious Irving Plaza in New York, where fans can expect to hear the very best Alarm music that has resonated with  North American audiences since the release of The Stand back in 1983 and endured through the release of new album Equals, to the present day.

All 3 previous Alarm performances at The Gramercy Theatre SOLD OUT in advance, as have all recent Alarm concerts in New York, Long Island and New Jersey, and so thealarm.com is advising all Metropolitan area and travelling Alarm fans to purchase weekend tickets and passes as soon as possible in order to avoid disappointment on the day.

The Gathering NYC 2019 will also feature Aftershow DJ sets, special guest appearances, meet and greet / signing sessions and multi media experiences to be announced in the week leading up to the event. 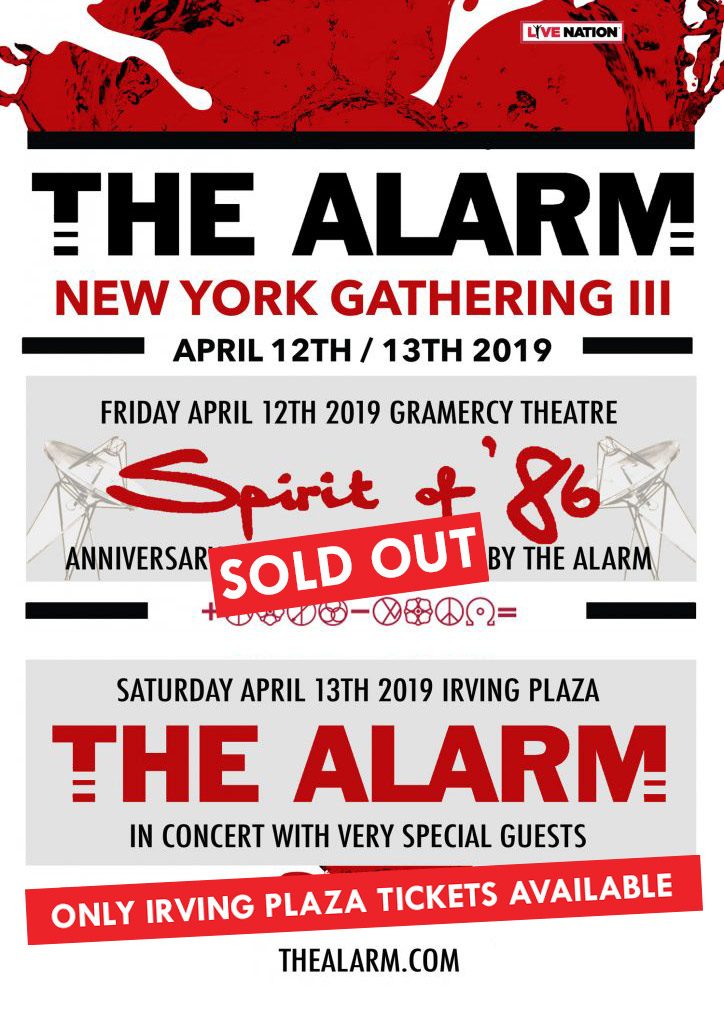