This October / November, The Alarm will follow up on the phenomenal success of new album Equals, with a second wave of US Touring which will start with a special date at The Roxy Theatre, Hollywood, California on October 25th (Tickets on sale here), and continue throughout October and November with dates in Reno, San Francisco and Seattle leading up to a long awaited return to British Columbia, Canada for a show in Vancouver at the Rickshaw Theatre.

The band will then return to the USA for shows in Portland, Oregan before heading West to Utah, for a show at The Commonwealth Room in Salt Lake City followed by a weekend long Love Hope Strength Festival appearance in Denver, Colorado.

The group will then work it’s way through the American Mid-West with shows in St. Louis, Kansas City, Cincinnati and Cleveland before reaching the state of Pennsylvania for shows at Pittsburgh and Sellersville before heading North for a finale American tour concert at the Brighton Music Hall in Boston, MA on November 14th.

A trip up into Canada for a last night of the 2018 North American tour in Toronto at The Horeshoe on November 15th will mean the band have played over 50 shows in North America throughout 2018.

Dates and ticket links can be found here: 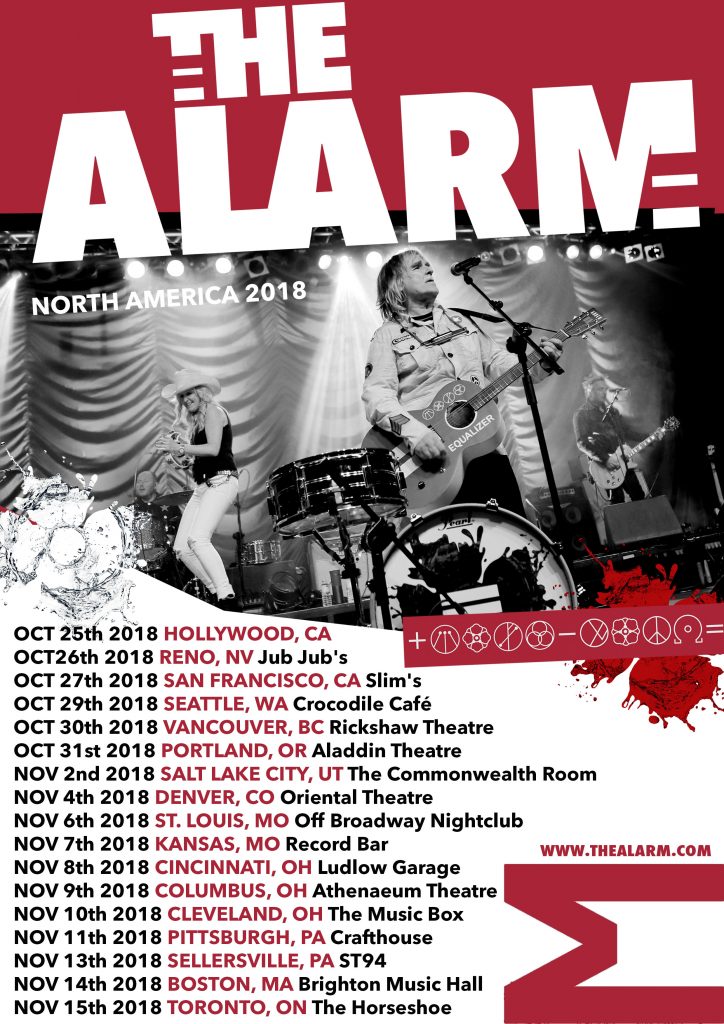