As the release sequence continues towards the official release of ∑ Sigma on June 28th, Billboard magazine has premiered ‘Brighter Than The Sun’, the first ever 4k – High Resolution video produced in the name of The Alarm.

The video was shot at a sound stage in Theatre Clwyd in North Wales and directed by Paul Green. 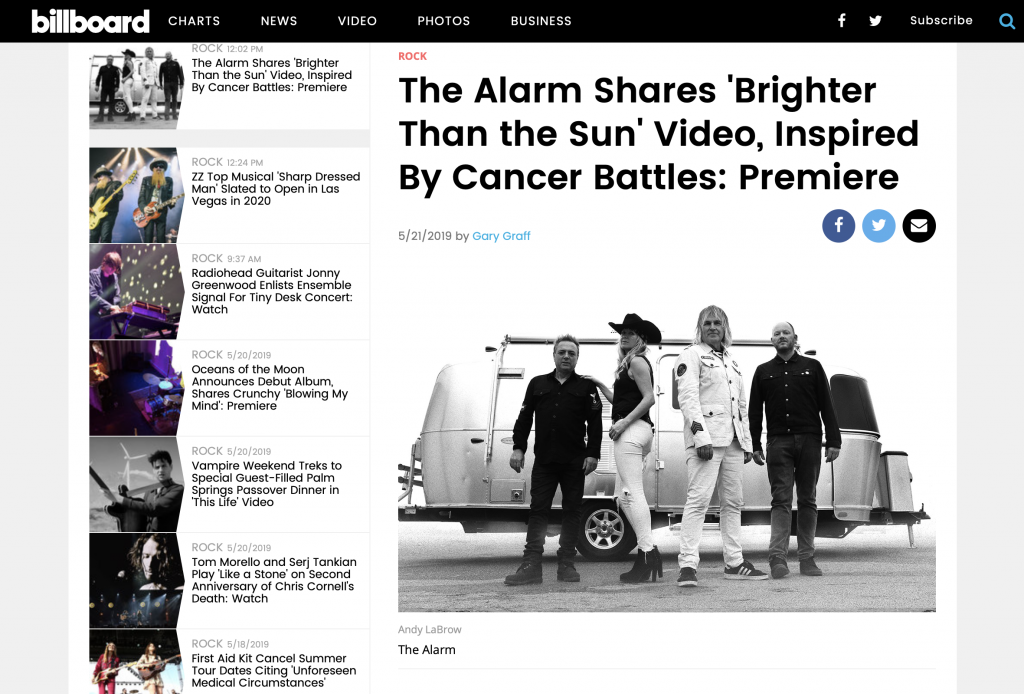 Mike Peters and The Alarm are already gearing up for the release of ∑ Sigma with a huge summer of UK Festival shows and a very special Midsummer Gathering in Cardiff, Wales on June 29th which will be followed by the Sigma LXXXV Tour of America beginning on July 17th in Nashville, Tennessee.

This Saturday, Mike Peters will be appearing as the special live ‘in studio’ guest of Liz Kershaw on BBC6 Music at 1pm UK Time, so make sure you are tuned in to listen and respond.

Mike was also recently seen in action last weekend in Paris, performing as special guest with Archive at their 25th Anniversary Arena show in Le Seine Musicale. The band’s drummer is none other than our very own Smiley and the sell out crowd of over 6,000 people gave Mike a huge welcome as he joined Archive on stage to play harmonica for their final song of the night ‘Again’.

The summer of ∑ Sigma is starting to move through the gears, so make sure you have your concert tickets, ∑ Sigma album pre-orders / pre-saves and are plugged into and following, all The Alarm social media channels so that you can be part of this latest Alarm adventure……

See you out there….