British summer time will soon be upon us and there are lots of British Alarm events lined up for June and July. Read on to find out more…..

The first event on the calendar is the annual Love Hope Strength event Snowdonia Rocks and Zip Roc Festival. This year, the event is curated by Mike Peters, and along with a stellar line up of Welsh language artists there is also a headline set from Cast to look forward to, and a very special guest appearance from Miles Hunt of The Wonderstuff. It’s a great opportunity to hike, rock and help save lives!. Ticket, hike registration and Ziproc event details can be found here 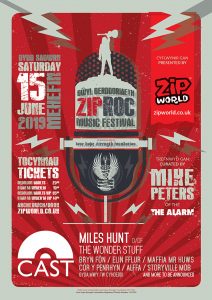 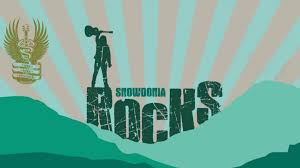 Second up on June 21st / 22nd is a great double header weekend with The Alarm in the North East of England. A full electric Alarm set will be played at the Georgian Theatre in Stockton Upon Tees on Friday June 21st, followed by a headline set at the Northern Kin Festival on Saturday June 22nd. 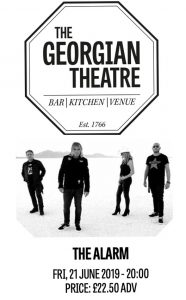 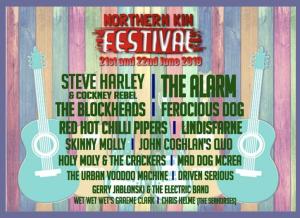 The concert at The Georgian Theatre in Stockton-On-Tees on June 21st, promises to be a great night with Mike Peters and co. as this will be the first chance for UK fans to see The Alarm in full flow since the Gathering. Tickets have been selling really fast at the Georgian Theatre, so don’t delay booking tickets if you are planning to attend this event. Get them here now.

The following night sees The Alarm headline the Northern Kin Festival at Castle Park, Stanhope, Co. Durham which has a great line up for 2019. The Alarm are particularly looking forward to appearing alongside Ferocious Dog. The two groups last performed together during a memorable afternoon at the Bearded Theory Festival in 2017 where both sets of fans and musicians got along famously. With the show in Stockton the night before and it only being a 35 mile drive to Northern Kin Festival in Co. Durham, June 20/21 promises to be a great weekend for all concerned. Tickets for Northern Kin Festival are available here. 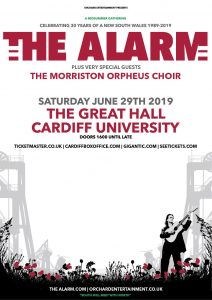 June 28th marks another exciting day in the calendar for Alarm fans around the world, as the band release their new album ∑ Sigma. Pre-order ∑ Sigma here. British fans and those travelling from abroad will be able to celebrate the release during a landmark concert in Cardiff, Wales when both Mike Peters and The Alarm perform at the Midsummer Gathering at Cardiff University. There will be a film screening, Mike Peters solo set, guest appearances and a 30th anniversary reunion with friends the Morriston Orpheus Male Voice Choir for A New South Wales, all followed by a full on electric Alarm set to close out the day. A comprehensive event itinerary for this most special concert will be published very soon……. Tickets for the Midsummer Gathering are available here. 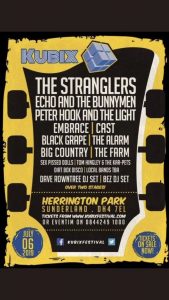 The final event of The Alarm’s British Summer will be held on July 6th at the Kubix Festival, Herrington Country Park in Sunderland, England. It’s a fascinating line up of great British bands including The Stranglers (whom The Alarm toured the length and breadth of the country with during the Black and White Tour just a few years back), Echo and The Bunnymen (whose lead singer Ian McCulloch was famously spotted at an early Alarm show back in 1984 at Hammersmith Palais – his then wife Lorraine was a huge Alarm fan!). Also on the bill are Scotland’s very own Big Country, making this the first proper occasion for Mike to catch up with some of the band mates he spent a lot of time with between 2011 -2013, when he famously took up lead vocal duties to honour the memory of the late great Stuart Adamson alongside current members Bruce and Jamie Watson and Mark Brzezicki. Together they performed some intensely memorable and emotional shows, and also made a great album together entitled The Journey.

“I’m looking forward to seeing the Big Country family again” says Mike. “Both The Alarm and BC are very hard working groups, and we always had a great camaraderie which saw us through a very difficult period for both the band and the fans following the loss of Stuart. There was a lot of pressure on us all, although it was fun while it lasted. My destiny was always going to be The Alarm and my own creative path, and so I am really pleased to see they way they have continued to move forward with another singer and bass player. I’m sure we will share a beer or two after we have played, and relive some great memories that go all the way back to 1982 when we first met in London at the Lyceum Ballroom. Stay Alive”.

Tickets for Kubix Festival are on sale here.

On July 17th – The Alarm will kick of the Sigma LXXXV Tour of America at the Mercy Lounge in Nashville, Tennessee and won’t play Britain until 2020 when they appear at The Gathering, Venue Cymru, Llandudno on January 31st – February 2nd and the newly announced shows at The Garage Glasgow on March 21st, Birmingham Institute on March 27th and London Electric Ballroom on Saturday March 28th. Tickets info for all 2020 UK shows is available here.

∑ Sigma is the new album that will be released on June 28th. Preorder the album here. Watch the new video for Blood Red Viral Black here.