The Alarm – Strength and Strength Collection (Limited Edition of 300) is available to order now exclusively at www.thealarm.com

Orders for the Strength Collection (Limited Edition of 300) will also contain an exclusive download link to one of the tracks from Strength 2015. 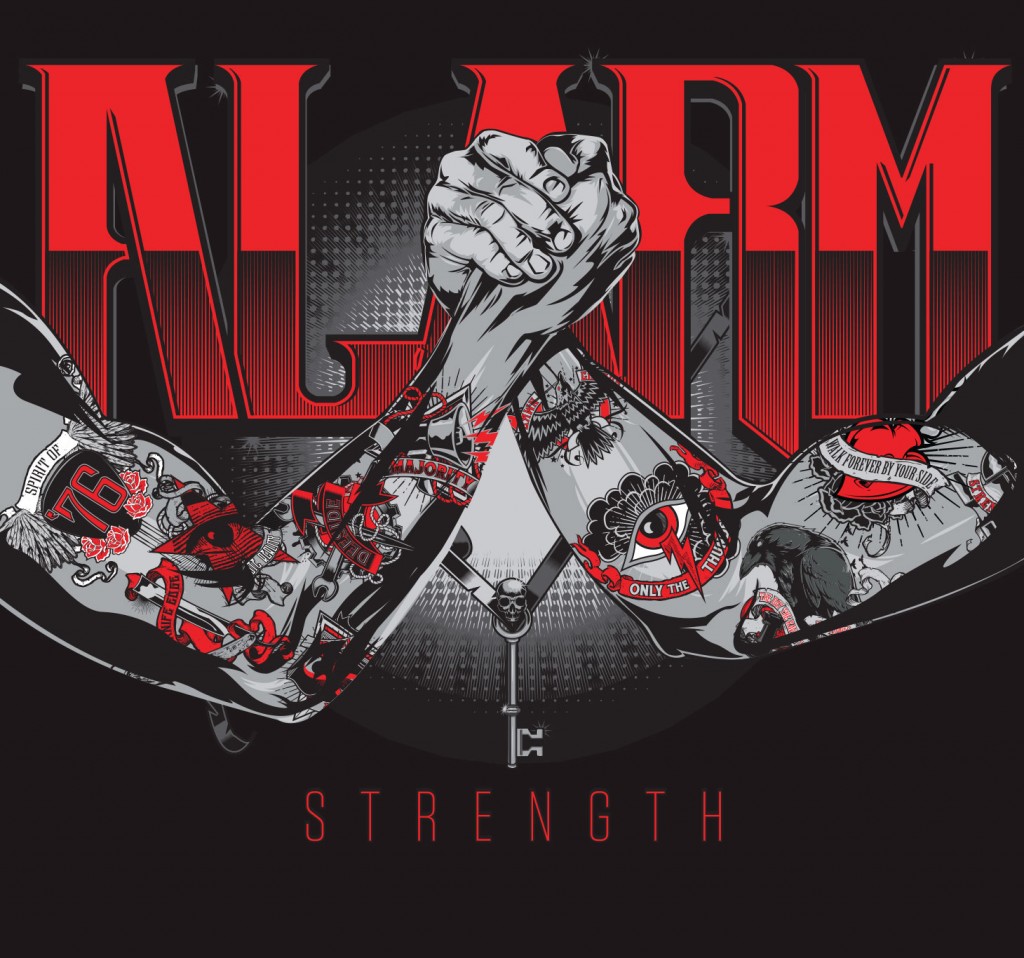 Like the much heralded Declaration 2014 release, the 2015 Edition of ‘Strength’ once more guarantees Mike Peters and Alarm fans a brand new listening experience that builds on the foundation of the original.

All nine of the ‘Strength’ (UK track listing), songs have been rearranged and recorded from the ground up by lead singer and songwriter Mike Peters along with two additional songs from the period. “I always felt that song for song, word for word, ‘Strength’ was The Alarm’s best album of the 1980’s, and that by going back to the original source material, I could forge something fresh and new that would allow listeners a chance to see and hear the entire work in a modern context”.

Re-imagined and informed by experience gained, the songs on Strength 2015 have been able to shed skin and live again for new times. “There are a lot of stories on Strength, many of them autobiographical or written from personal experience,“ continues Peters, “I still see the people I wrote about in the songs and live on the same streets affected by the political landscape documented in the original telling and I felt that they deserved an updating so that they could tell of challenges met and of relationships strengthened by time, in much the same way as The Alarm family has grown through change and circumstance.”

The sonic template for the new ‘Strength’ album builds upon the one man band, electro-acoustic guitar and drummer axis as established with Alarm drummer Smiley during last year’s Declaration 2014 sessions. “For Declaration, I was trying to recreate the ultimate Alarm Electro-acoustic sound and was lucky enough to meet Doug Sparkes and Rob Bowman from Auden Guitars who built the ground breaking ‘Deceiver’ instrument for me,” reflects Mike, “One day I was in their workshop and unknowingly started playing one of their new Baritone Guitars which put all my songs into different keys allowing me to find a new tone that also opened up some interesting chord configurations”.

Strength 2015 features further collaboration with Acquire (a community singing group that appeared on Declaration 2014 and also with Mike Peters at the memorable Horizons Sing BBC concert in Cardiff which also featured a contribution from Bono and U2 singing ‘Blaze Of Glory’). “The sound of the choir represents the heart and soul of the audience on the record” remarks Peters, “The choir members come from all walks of life and membership is open to anyone and everyone in much the same way as an Alarm / Mike Peters concert gathering”.

Like the Declaration Collection Limited Edition (which sold out in 2014), Strength 2015 is also being released in similar fashion with a Red Vinyl 12″ Gatefold Sleeve LP and original Strength UK album track listing that features ‘Spirit Of ’76’ and ‘Walk Forever By My Side’ with original 1985 lyrics.

To further compliment the back story of this new ‘Strength’ era, Mike Peters has also recorded a special 11 track companion disc of b-sides, unrecorded and non-album songs entitled ‘Majority’  which collates all the other tracks from the period and also updates them for modern times. Tracks include ‘Reason 36’, ‘Room At The Top’ and a version of Knife Edge B-sde ‘Unbreak The Promise’ (that was only ever recorded during a BBC radio session in 1984).

For 2015, Mike Peters has recorded ‘Unbreak’ the way The Alarm would have done had it made it onto the ‘Strength’ album in 1985 complete with two unheard verses that were recently found in Mike Peters 1984 lyric book. “All of the songs on ‘Majority’ are integral to what makes the ‘Strength’ album stay so relevant to so many” states Peters, “There are some unheard songs like ‘Black Side Of Fortune’ and ‘Sons Of Divorce’ that were all on the original demo tapes but left on the cutting room floor although they could easily have helped make ‘Strength’ a very strong double album’. 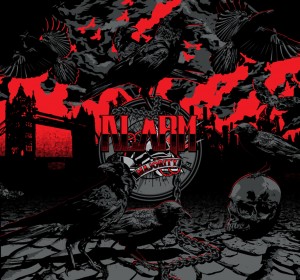 Order the Strength Collection Limited Edition (Vinyl LP signed by Mike Peters) and receive £5 discount and FREE POSTAGE plus a download link to hear one of the songs from Strength 2015 prior to delivery.

NB: Vinyl LP is only available as part of the Strength Collection 2015 Limited Edition.

Walk Forever By My Side [Original 1985 Lyric Version]