As exclusively revealed by Mike Peters during another very special Keynote Address at this year’s Gathering event, the third generation era of Alarm music will continue on March 15th 2019 with the official release of ‘Strength 1985-1986’.

Strength 1985-1986 is available to PRE-ORDER now from thealarm.com. [All pre-orders will be shipped in advance to arrive in time for the the official release date of March 15th.)

All individual CD and LP pre-orders placed through thealarm.com will qualify for a Free CD that is exclusive to the alarm.com entitled: ‘The Alarm – A Story of Strength‘ featuring a host of exclusive Alarm tracks and narration by Mike Peters. This fascinating CD tells the entire story of The Alarm’s Strength period from 1985-1986. 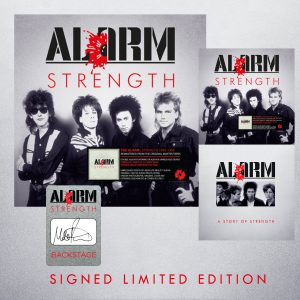 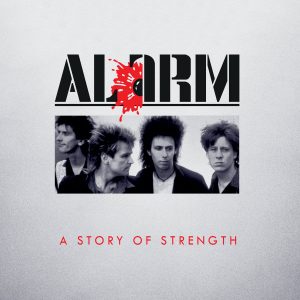 A special Limited Edition package of 300 is also being made available to pre-order which will include both the CD and LP Editions, a free CD copy of The Alarm – A Story of Strength, along with a very special Replica Strength Era Backstage Pass personally signed by Mike Peters, that can be used to create a unique ‘collectors’  edition. The Limited Edition Collectors package is only available at thealarm.com 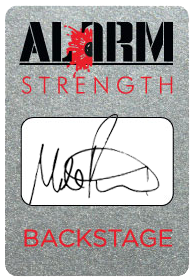 The band’s classic 1985 album Strength has been expanded, remastered and revised for future generations to enjoy and will be made available for pre-release online and in record stores worldwide from February 4th 2019 onwards.

And so, on Monday February 4th 2019,  The Alarm – Third Generation era 81-19, continues with the online premiere of a new remastered video for The Alarm’s ever popular album track ‘Deeside’ which will be followed during the build up to the release with other unique video premieres at the official alarm youtube channel.

thealarm.com will also continue the enormous task of re-telling the story of the band via a lengthy Alarm YouTube Channel campaign, that will follow the timeline of the group from where the last series left off in 1985, right through to 1986 and the seminal concert at UCLA known as the Spirit Of ’86 Concert. A Screening of Mike Peters taking part in th classic BBC Television show ‘Pop Quiz’ hosted by Mike Peters is available to view at The Alarm You Tube Channel now, followed on Monday February 4th when the pre-order window opens by the Online Video Premiere of remastered album classic ‘Deeside’.