This Saturday will see Mike Peters present The Alarm – Spirit Of ’86 at The Iridium on Broadway, New York for the start of a three night, six concert stand in the city.

All shows will take place across 3 Saturday nights starting this Saturday July 30th and continuing on August 6th and 16th with early and late shows at both 7.00PM and 10.00 PM.

Tickets for all shows are available at the following links:

No two shows will be alike, as Mike Peters continues to surprise and excite fans of all eras of the band’s career, through unique and explosive electro-acoustic one man band representations of classic ‘Alarm’ songs alongside intimate acoustic performances of emotion and drama.

This will be the third year running that Mike Peters has hosted a summer residency at the Iridium on Broadway, and the event has now become an essential date in the calendar for Alarm fans who have been known to travel to NYC from all over the USA and Canada, along with visitors from the UK, Europe, Australia and Japan.

Celebrating 30 years since the original ‘Spirit Of ’86’ concert was beamed around the world, Mike Peters and all of us at thealarm.com look forward to seeing you on Broadway. 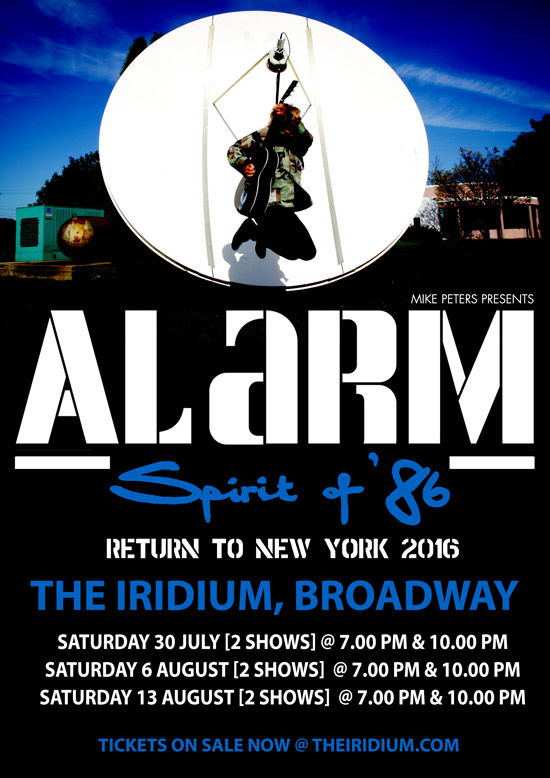 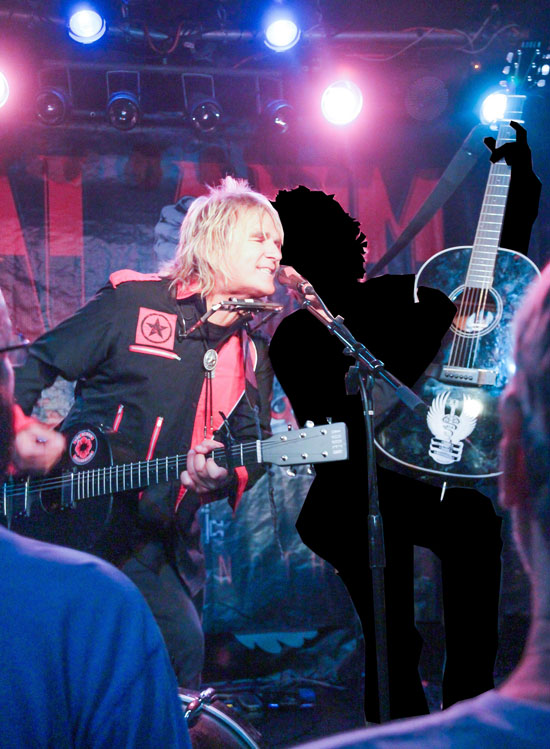 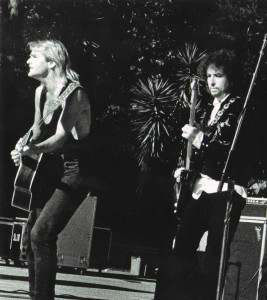 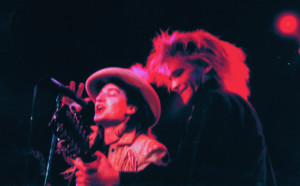 A final donation from the proceeds will be made to the Love Hope Strength Foundation mission of Saving Lives – One Concert at a Time.

Good luck – happy bidding and looking forward to seeing you in New York.