Beginning on March 30th with a show the Canyon Club in Agoura Hills, the short tour will also pay a return visit to the legendary McCabe’s in Santa Monica on April 2nd, followed by The Coach House in San Juan Capistrano on April 3rd.

April 9th will see Mike Peters host a ‘Spirit Of ’86’ 30th anniversary special event at UCLA in the James Bridges Theatre celebrating the events of April 12th 1986 when the The Alarm performed the original ‘Spirit Of ’86 Concert’ at the foot of Janss Steps on the UCLA Campus that was beaned around the world by MTV.

Tickets for all shows available here: 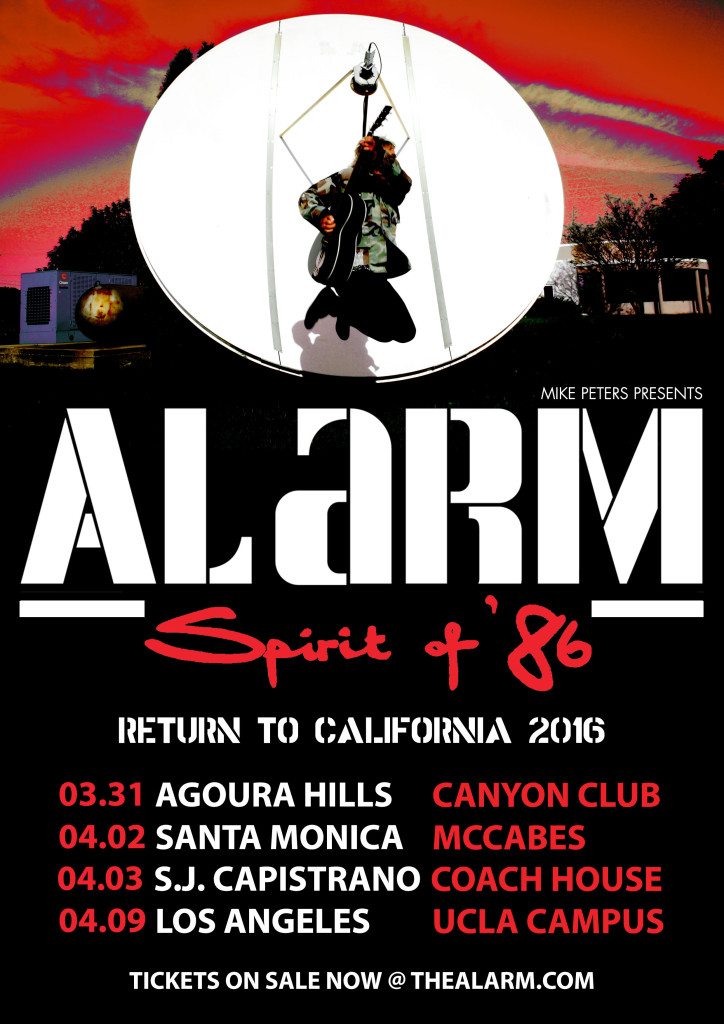 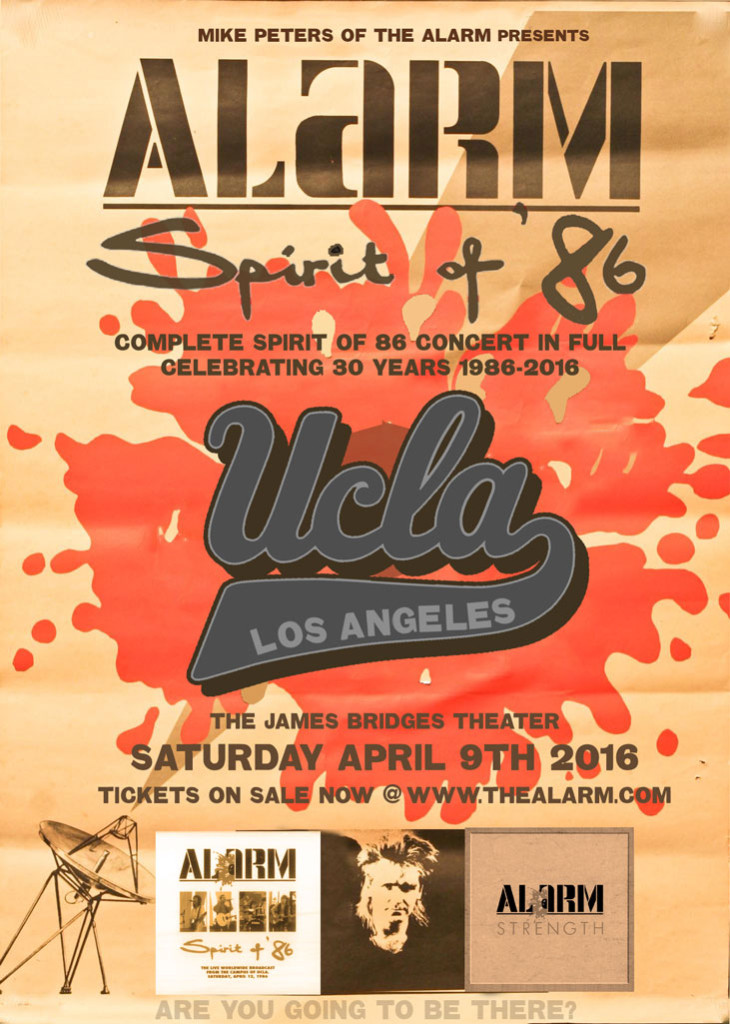