Exactly one year and one day on from the release of = Equals, Mike Peters and The Alarm release the brand new follow up album ∑ Sigma. 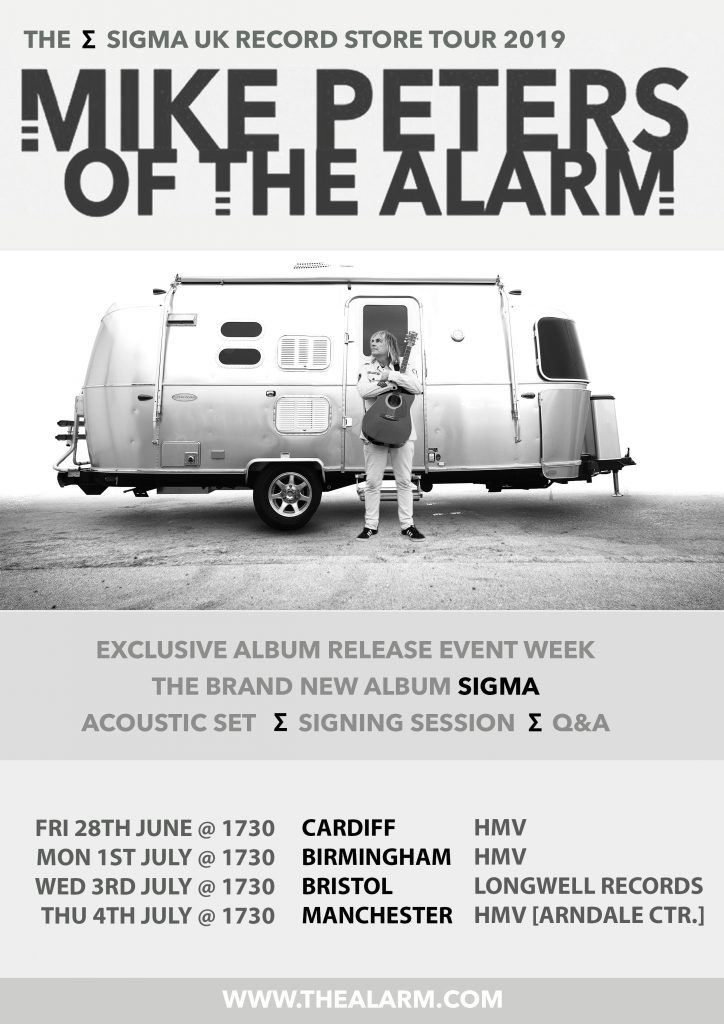 Throughout release week, Mike Peters will once again undertake a UK Record Store Tour to celebrate the worldwide release of ∑ Sigma.

At 5:30PM in HMV Cardiff, Wales, fans will see Mike playing live and talking about ∑ Sigma. Everyone who attends, will also have the opportunity to take part in a Q&A and purchase signed copies of the new album in advance of The Alarm’s Midsummer Gathering event at Cardiff University on June 29th, which will feature an emotional reunion with the Morriston Orpheus Male Voice Choir and a very special guest appearance by original Alarm guitarist Dave Sharp (who also features on ∑ Sigma), along with a world premiere of the new Alarm documentary film ‘The White Count’. Last few remaining tickets available here.

∑ Sigma is already beginning to receive a superb critical reception both at home and abroad:

Throughout the first week of release, the UK Record Store Tour will once again see Mike Peters travel the length and breadth of the country, with lots of exciting news to be released each and every day of the tour.