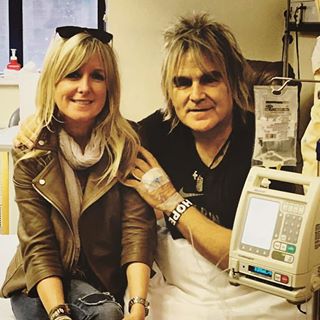 Part two which features the other side of the story as told (also in her own words), by Jules Peters is also broadcasting on BBC iPlayer now

Both parts of the Documentary have caused quite a stir at the BBC with incredible listening figures and great email responses from people moved by this incredible story. Both documentaries feature fascinating musical soundtracks linked to the timeline including music by The Alarm, Mike Peters, Sex Pistols, Oasis and Abba

“I have just listened to Episode 1 of Mike P’s Big C, and found it absolutely riveting ….!!You know when you think you know someone or something, and it turns out you know virtually nothing.? It was so so informative.., so captivating…., so so wonderful…. I can’t wait for the 2nd episode.” D Bolger
“Just listened to Mike’s programme on Radio Wales…absolutely brilliant. Such talent, courage and true love. Please give him my love and congrats. Remarkable.” Caryl Parry Jones
“Just listened to Radio Wales part 1 of the Mike P’s Big C. Just wanted to say how brilliant the programme was and what an inspiration Mike Peters is to all. Having survived the big C myself I would like to extend my best wishes to Mike for a speedy recovery.”  Steve Pilliner

You can tune in to listen to the documentary here and also live on the BBC iPlayer.

The documentary was created for BBC Radio Wales by Sioned Morys who first created the BBC’s Mike Peters – Road To Recovery Documentary from 2006. 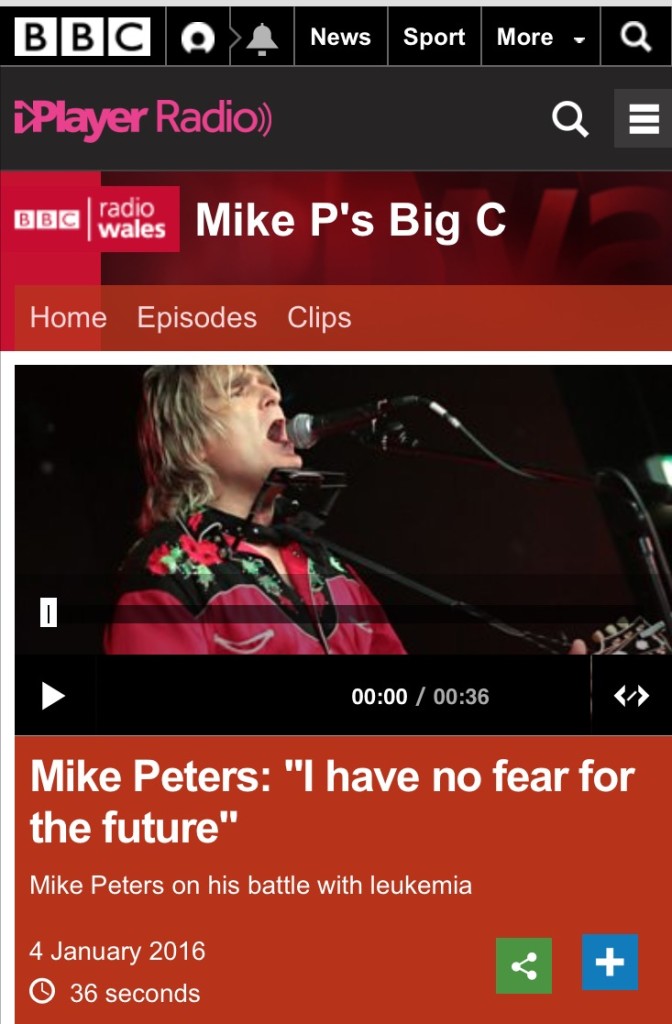