This New Years Eve, BBC Radio Wales will dedicate an evenings programming to the work of Mike Peters and The Alarm.

Beginning with a re-broadcast of this years entire Mike Peters and the BBC National Orchestra of Wales ‘Horizons Sing’ concert at 19.00 (GMT) followed immediately by a repeat performance of Mike Peters and presenter Alan Thompson’s ‘I Write The Songs‘ documentary special based around the creative process that gave us ‘A New South Wales’. 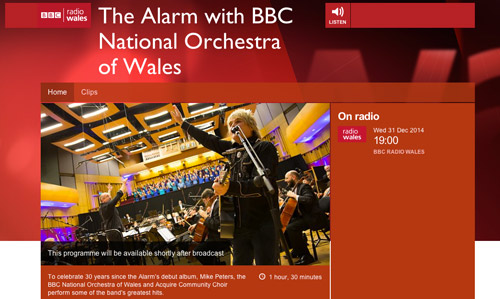 The complete 90 minute ‘Horizons Sing’ was an instant and resounding success that was heard around the world and it is with great excitement, that we can announce that the full 90-minute show will be re-broadcast along with ‘I Write The Songs’ exclusively as part of BBC Radio Wales New Years Eve special programming on New Years Eve starting at 19:00 (GMT)

As if that wasn’t enough Mike’s performance of ‘A New South Wales’ with the Orchestra will feature in a special programme that Bethan Elfyn is presenting on December 26th at 7pm on BBC Radio Wales called Land Of Song – a celebration of some of the best live sessions and performances from Welsh artists on Radio. 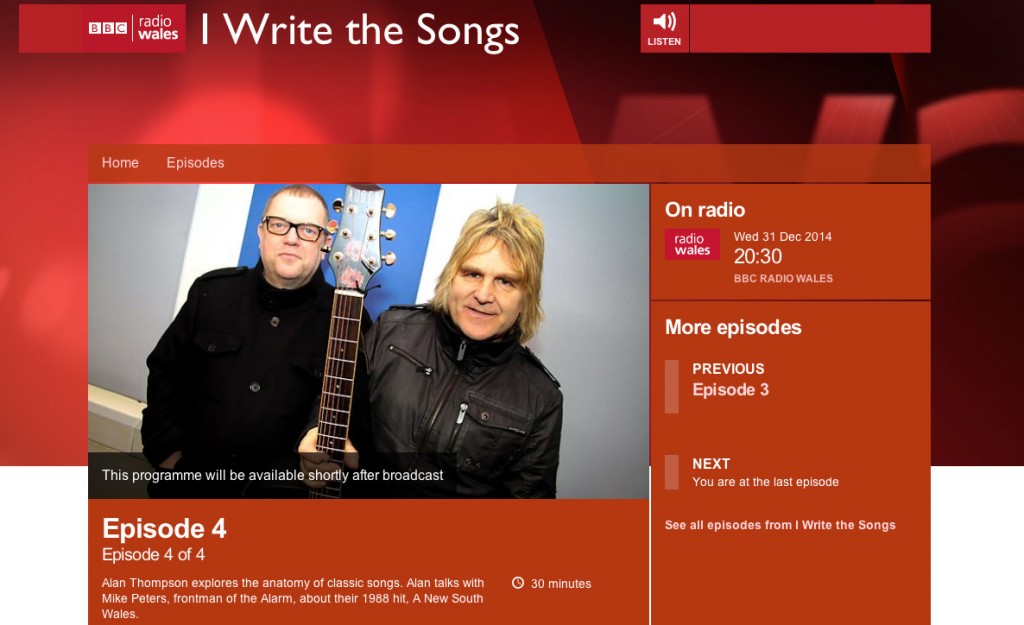 Earlier this year, Mike Peters joined forces with the BBC National Orchestra of Wales to perform some of The Alarm’s greatest songs.

Mike Peters and the National Orchestra Of Wales were conducted throughout by arranger John Quirk and augmented by Smiley on drums and a full compliment of voices from Acquire along with footage made by U2 paying their respects to the work of Mike Peters and The Alarm.

You can watch exclusive video clips of some of the songs at the BBC website here.