Mike Peters will take the 30th Anniversary Alarm celebrations to the USA this September with the announcement of 3 exclusive ‘in person’ acoustic shows. 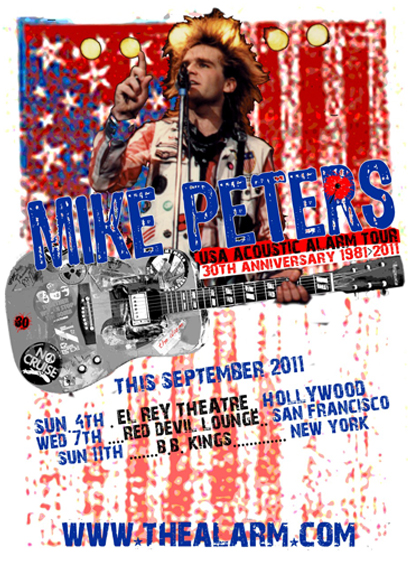 The new Alarm album ‘The Sound And The Fury’ is available now….