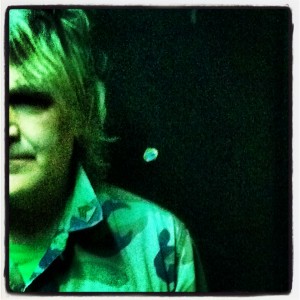 1. First off, how are you feeling these days?
I’m feeling as good as I could hope to be. I recently became very ill again during The Alarm ‘Vinyl’ tour but was able to keep going although I was only a few seconds away from having to cancel everything. I went to see my hematologist Dr. Edwards and if my blood count was one degree higher than it turned out to be, then I was looking at having some drastic measures presented to me. Instead, I came in just under the wire and so he decided to put me back on the maintenance treatment I have been receiving for the last few years. I’ve had two sessions on the Rituximab drug and everything is moving in the right direction again now.
2. You’re currently working with Big Country, how long have you known the band?
I first met the band on tour with U2 on the War tour in 1983. First when I was introduced to Stuart Adamson live on stage at Hammersmith Palais (when we sang Knocking On Heaven’s Door together), and then I met the rest of the band at Birmingham Odeon, myself, The Edge, Stuart Adamson and Bruce Watson had a jam in the dressing room which highlighted how different we were all as musicians. I was all open guitar chords and heavy strumming, The Edge could only play what he had invented and Stuart and Bruce Watson were like twins who played everything in harmony.
3. Back in 2000 a reformed Alarm (2000) with Eddie MacDonald and Mike Peters toured as the opening band for Big Country. Did you think that line-up would last longer than it did?
Eddie Macdonald actually only performed during the 1999 dates which were billed as ‘Mike Peters and Eddie Macdonald of The Alarm’. The second set of dates with Big Country had us billed as ‘The Alarm 2000’. Once the dates got announced, Eddie had a change of heart and decided to keep pursuing his career in photography. Mark Brzezicki of Big Country played drums at the first show as our then drummer Steve Grantley had to drop out at the last minute to play for SLF. Mark and I rehearsed on the Big Country soundchecks in Germany while I was opening for them solo acoustic. 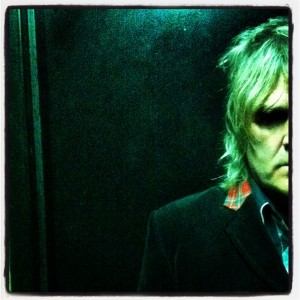 4. You’ve now been in the 21st Century version of The Alarm longer than you were in the original band.  For the original band, the defining moment might have been the UCLA show in 1986. What has been the defining moment for The Alarm in the 21st century?
To be honest I think it had to be the moment ‘45 RPM’ hit the charts (under the pseudonym The Poppy Fields), that changed everything.
Follow-up: Was that a change with yourself or the way you are perceived?
I think it was more in the way I / The Alarm was being perceived. It was sort of accepted that I could go out and recreate the ‘old’ hits but as soon as I started to ‘add’ to the history of The Alarm that started to make some people feel uncomfortable as the ‘new success’ of the band challenged the original perception that The Alarm could only ever be the original members. I think it’s kind of sad that there are people who only think I have a value as a songwriter /  musician if I’m playing alongside the three other original members of the band. Luckily for me there are far more who appreciate what I do.
5. The Alarm 2000 was formed soon after Coloursound was put on hold so Billy Duffy could return to The Cult,  Did that event inspire you to restart The Alarm in 2000?
Coloursound enabled us both to come to terms with who we were, are and always will be. It was inevitable that we would both end up back in the bands that we are most known for. Incidentally, Billy was at the Big Country show that was Eddie Macdonald’s last night with us in Manchester Academy 1999. Billy was a huge fan of BC and Stuart Adamson and they had both shared the same manager in Ian Grant. Coloursound gave us both a lot of confidence to not only go forward but to turn back too.
6. The Alarm 2000 boxed-set was a ground breaking release in 2000.  Not only was it one of the first boxed-sets to feature an entire (released) catalogue from a band, but it was also one of the first to be sold on the internet, and one of the first to feature a dedication CD.  Looking back, what are your thoughts on that project?
I’m still immensely proud of the work that went into the Boxed set. The sleeve notes alone took so much work to compile and trying to stay objective about the history of the band (as editor in chief if you like), gave me an insight that was unique. It allowed me to understand my own failings but also to realise my strengths. I think the fact that all the band had an opportunity to speak their mind in the sleevenotes was special. It will always be the definitive history of the band’s original era.
7. How many dedications did you record for it?
To be honest I don’t have a number although I can tell you that ‘Walk Forever By My Side’ has been the most popular song choice. The initial orders almost overwhelmed me and I spent days and days singing in a room – song after song, recording all sorts of dedications from births, to weddings, to funerals. The numbers would have drained my energy if I’d kept a record.
8. After The Alarm 2000 Collection was released,  subsequent releases have included demos and rare songs from the Seventeen era,  Strength, and Change. There are also tons of demos from the Eye Of The Hurricane era that have never been released, and there must be stuff from Declaration and the other albums as well. Is it time for another all-encompassing boxed set?
Maybe, we put out Alt-Strength which is an amazing record. Even better than ‘Strength’ itself if you ask me. I’ve often thought about a ‘Secret History of The Alarm – The Complete Demo Tapes’ but the thought of all the work that went into the Box Set puts me off. The trouble is I get obsessed with the detail and I’m not sure I want to go back there and immerse myself as much as I had to for the Box Set.
Follow-up:  Is it tougher to delve back into records recorded when the band
was not quite such a harmonious unit?
Probably, although I think the reissue of ‘Raw’ from the box set collection is a better record for having ‘The Road’ on it, especially as it was recorded in the same sessions. 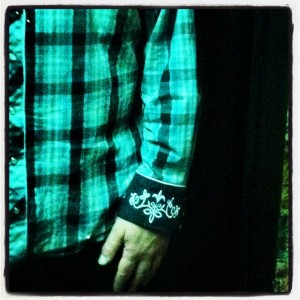 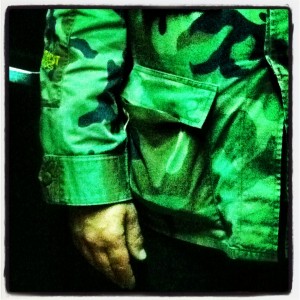 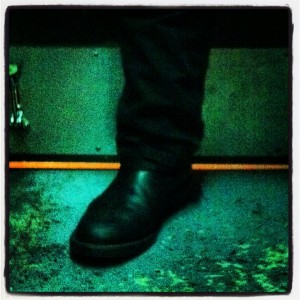 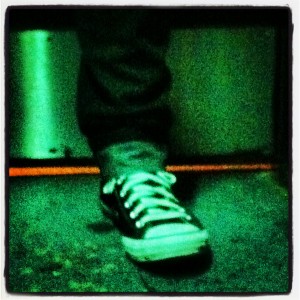 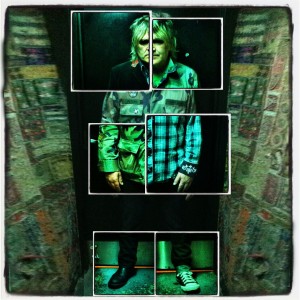