Mike Peters and The Alarm will be appearing in Glasgow, Scotland at the O2 ABC this Friday, for the first of two special ‘Bank Holiday Weekend’ concerts with the other being held at an already SOLD OUT Holmfirth Picturedrome in Lancashire, England the following day – Saturday 5th May.

The New York Gathering concerts for May 10th and 11th at Bowery Electric / Gramercy Theater SOLD OUT months in advance and a huge crowd is expected to see the band perform at the Like Totally Festival in Huntington Beach, California on May 12th. Mike Peters and The Alarm will also return to UCLA in California, for the Los Angeles Gathering on Sunday May 13th with a double header concert that will also feature a 30th Anniversary acoustic performance of ‘Eye Of The Hurricane’ (Tickets available here).

On Saturday May 26th, The Alarm will appear on the stage of the O2 Forum in Kentish Town, London where they will be joined by very special guests Then Jericho and Dave Sharp for a ‘not to be missed’ occasion. The final UK concert of 2018 will then take place on Sunday May 27th at Merthyr Rising Festival in South Wales which is reporting record advance ticket sales.

Since the turn of the year, there has seen a huge surge of interest in all things Alarm related with the reissue of both Eponymous and Declaration (which featured on the US Billboard chart), the 24 Hour Transatlantic Tour / Record Store Day release of Where The Two Rivers Meet EP, video premiere of Beautiful and the announcement of a new album Equals set for release on June 29th which is currently sitting at Number 1 and 3 in the CD and Vinyl chart on Amazon UK and available to pre-order now. 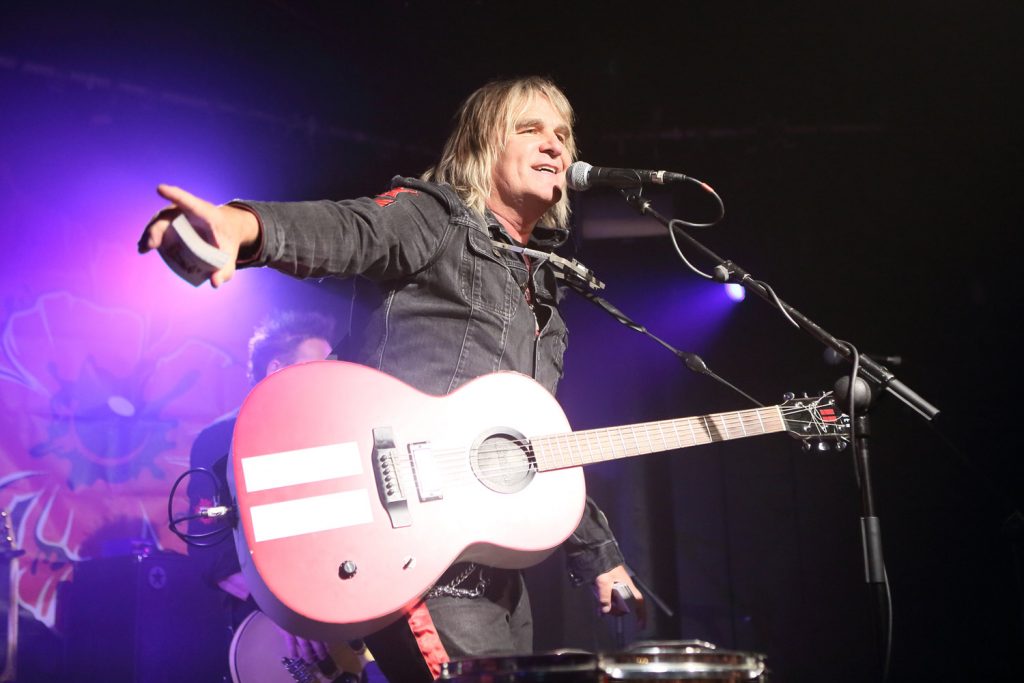 Following on from an incendiary weekend of shows in Ireland (see review below), fans attending concerts in the coming months can expect to see The Alarm on top form, with Mike Peters and the band aiming to pull out all the stops at each and every gig of the New European Tour in June and massive 30 date North American Tour throughout the summer months of July and August.

All of us at the alarm.com are looking forward to all of these events and look forward to seeing each and everyone of you out there on the tour. 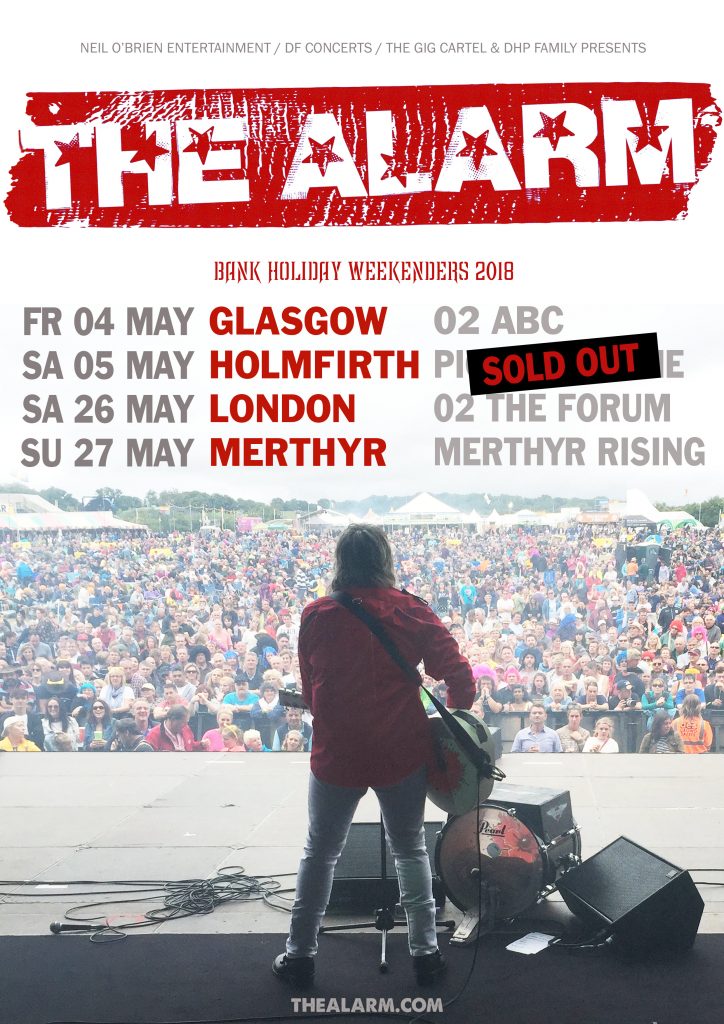 The last time Mike Peters was in Belfast, it was him and his guitar and kick drum contraption that he used to the full. There were stories between songs. This gig was different. This was the current Alarm, James Stevenson ex Gen X and The Cult on bass and guitars, Smiley who played this very stage with Joe Strummer and the Mescaleros, and Jules Jones Peters on keys. Stevenson and Smiley crack out a thumping thud of a rhythm, Smiley’s Strummer days giving it all a Clash sounding rawness.

They go at it for two hours without even the slightest breather. Conversation is rare tonight and when it comes the band are transitioning from one anthem to the next. Anthems they are. From the oldest hits to the newest songs, Mike Peters creates a communal happening that is almost congregational. The Alarm family as he likes to call his fans know every part they need to sing.

But over all it is the lack of breather that is hard to comprehend. Peters has three mics, one left side of stage, one right and one centre and he moves from one to the other throughout. He shimmies and shakes, throws guitar poses and conducts the congregational sing. His body has been through years of cancer treatment and yet here he is giving everything and a little more, his voice never flinching. Inspirational before we even get to to the songs.

For over thirty years Mike Peters has written songs about peace and love and hope. They are all about a better world that is fair and just and true. The energy that Peters pumps out is a positivity of spirit that is infectious and effective! If ever a band expressed in rock music the essence of Judeo Christianity’s idea of Shalom, it is The Alarm.

Peters cleverly mixes the old favourites with the new. The new are no less crafted or powerful, Marching On, Blaze of Glory, The Stand and Strength stood alongside Peace Now, Dead Reindeer and Neutral. A new album coming soon should be as eagerly anticipated by Alarm fans as anything before it.

As I listened and marvelled at the vitality and communal connection I couldn’t help think I was watching a mix of 70’s punk, 80’s big music and also the folk tradition of Woody Guthrie’s 40s and Bob Dylan’s early 60s. It’s an intoxicating array of goodness for the soul to imbibe! 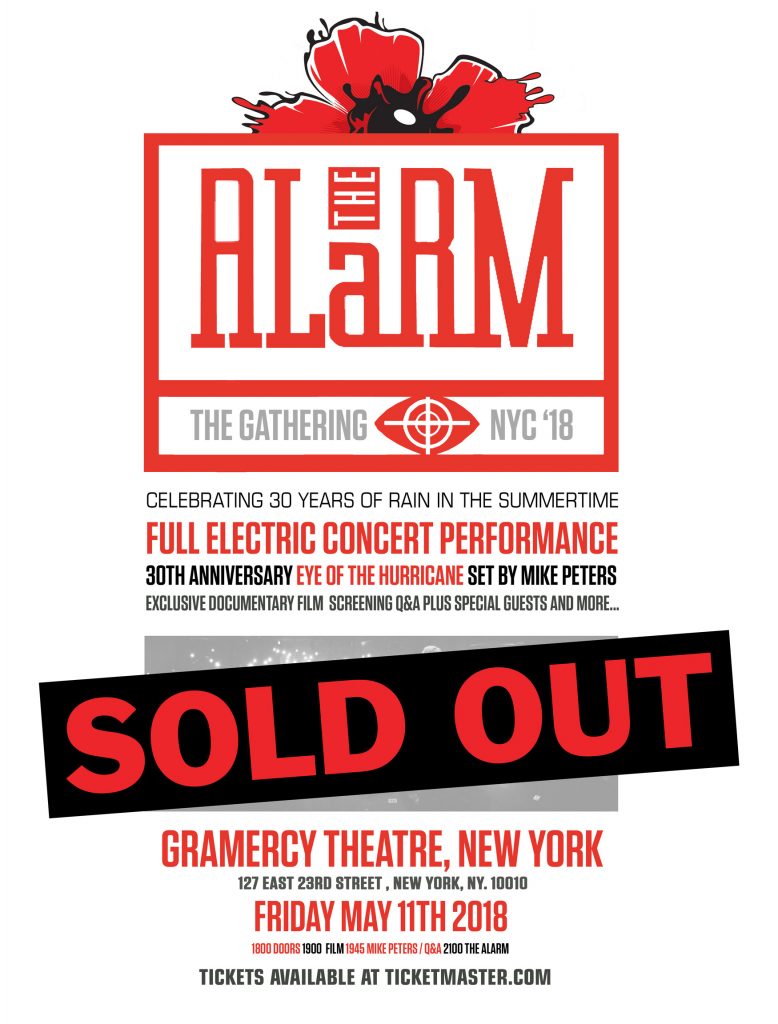 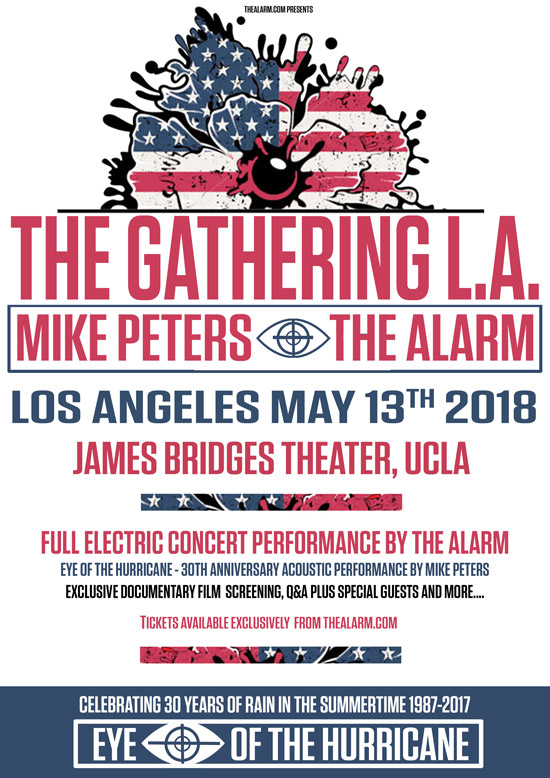 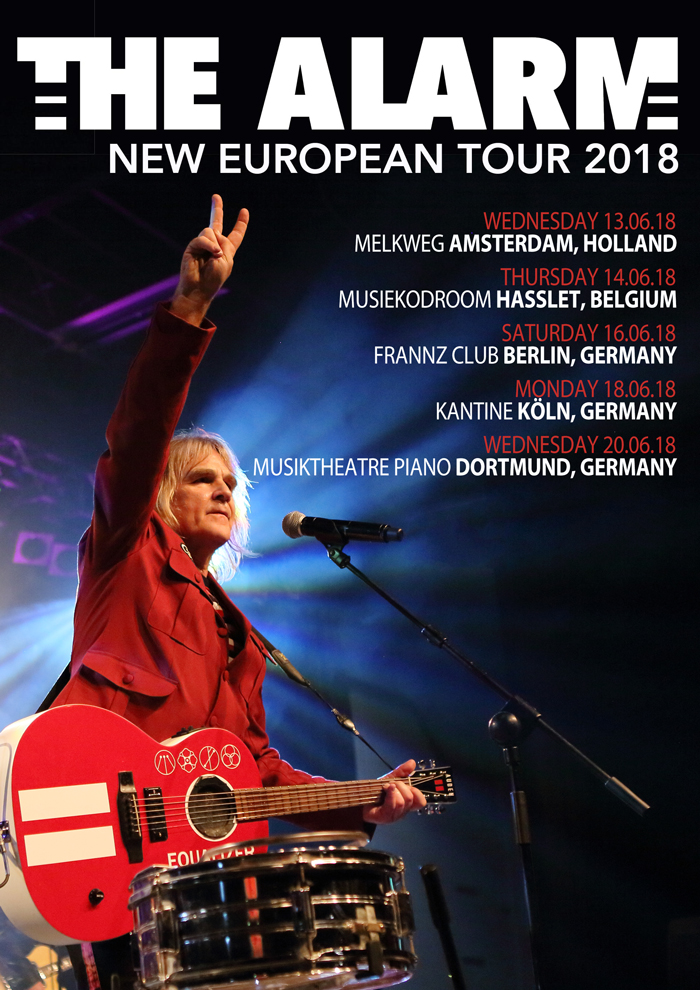 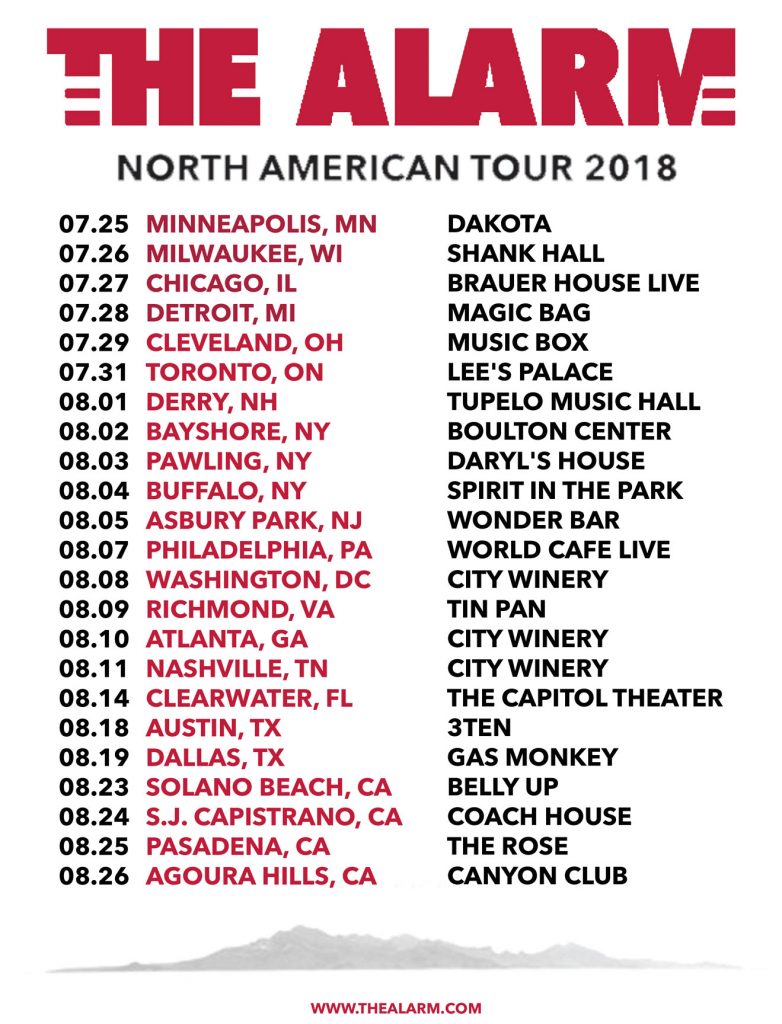