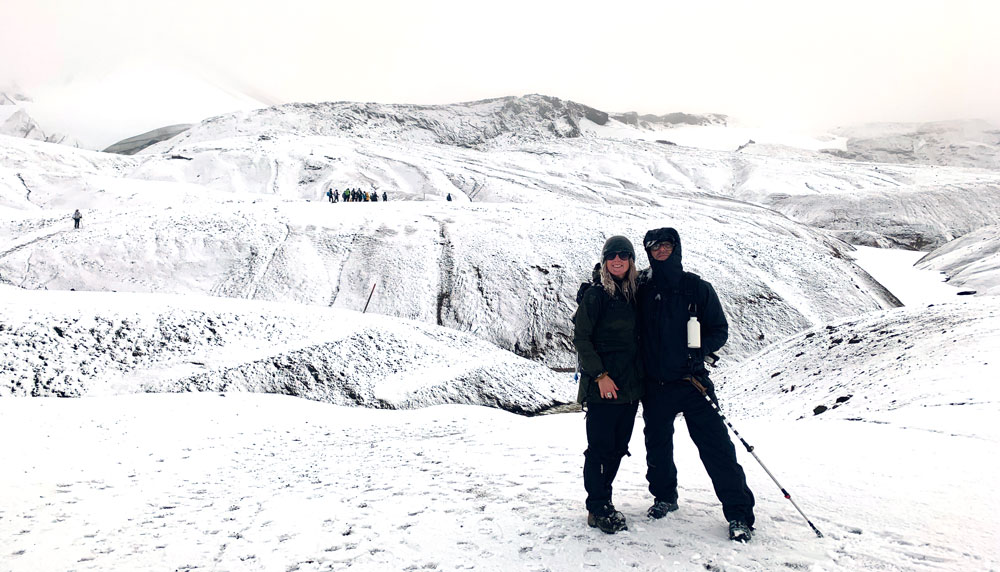 Almost a year ago today, Mike and I had left the sunnier climes of the USA after a 2 month tour of America with The Alarm.

For the last week of the tour, we had been literally chasing Hurricane Dorian across the state of Florida and against all the odds, our 5 Alarm shows were still able to go ahead.

After a triumphant tour of America with our fellow bandmates, Modern English and Gene Loves Jezebel, it was time to head back to Blighty. We dashed home across the Atlantic, touched down at Manchester Airport with about 24 hours to spare.

In that time, we dropped the children off at the grandparents, grabbed our trekking gear and drove straight to London Heathrow airport to board a plane to Reykjavík, the capital of Iceland, joining our fellow trekkers for a hike of a lifetime on behalf of our charity, Love Hope Strength.

By now, the power of Hurricane Dorian had impacted Iceland and little did we realise what we had let ourselves in for

From the moment of touchdown at Reykjavík, I fell deeply in love with this magical country of dramatic landscapes and never-ending waterfalls. I wanted to capture every single moment so please join me and my intrepid LHS trekkers for the highs and the lows of Iceland Rocks, back in September 2019.

As the old saying goes, “There’s no such thing as bad weather, only bad clothing”  ;-0)